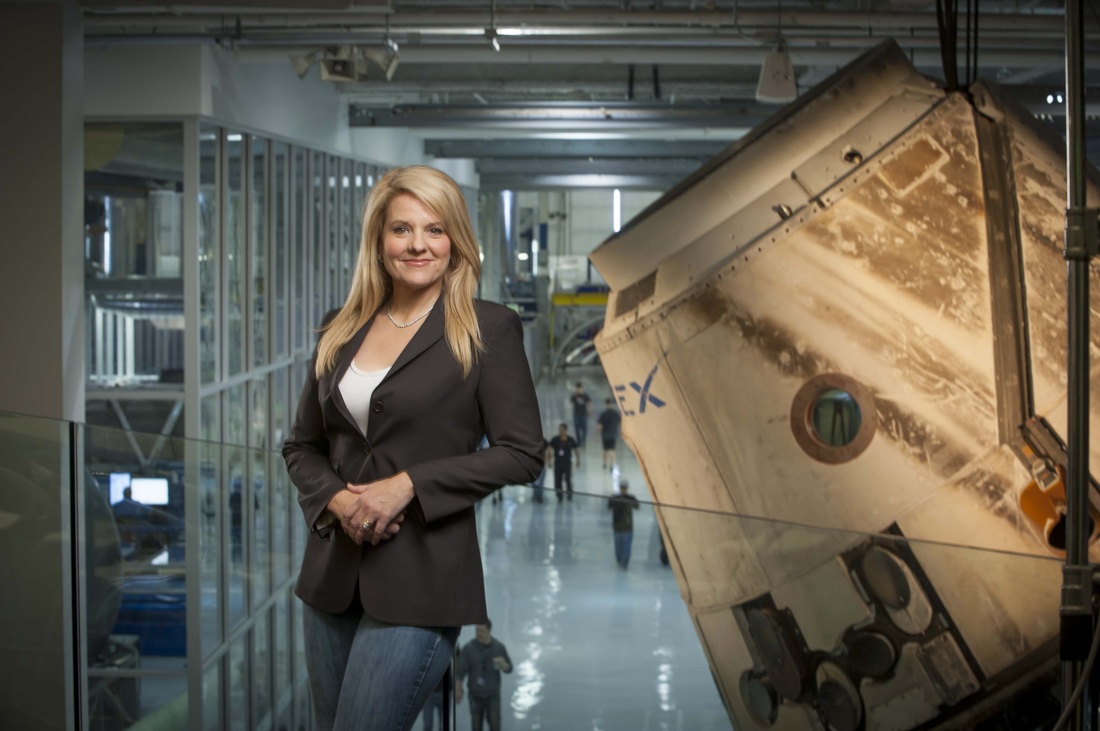 Chief Operating Officer and SpaceX President Gwynne Shotwell recently gave a revealing and fascinating interview with Marie Claire. A historically fashion-focused media outlet, Marie Claire has recently taken to exploring a much broader subset of topics, with a particular affinity towards content that might help empower women both young and old.

Gwynne Shotwell may well be one of the best stories of success for women in science, technology, engineering and mathematics (STEM) fields over the last decade. Engineering, particularly aerospace engineering, has a rather shadowy history of diversity and inclusion, even to this day. Regardless, Elon Musk has demonstrated no discriminatory tendencies whatsoever throughout his storied history. According to Shotwell, Space and Tesla CEO Elon Musk called Shotwell and asked her to apply for a position as Vice President of Business Development after a conversation that lasted a few minutes, following a tour of SpaceX’s facilities. She was immediately hired and the rest is history. Musk and Shotwell have truly become a force to be reckoned with in the launch industry, and Shotwell has developed a reputation as an unbelievably effective salesperson, whom Musk regularly praises.

Shotwell and Musk played critical roles in early talks with NASA that ultimately translated into a ~$2 billion commercial resupply services (CRS) contract awarded for delivery of cargo and supplies to the International Space Station, and helped bring SpaceX back from the brink of bankruptcy in 2008. Promoted to Chief Operating Officer and President soon after, Shotwell has since helped secure SpaceX’s backlog of more than $7 billion worth of launches.

Flying through the Falcon Factory

In light of SpaceX’s rapidly accelerating launch cadence, the most interesting information to come out of Marie Claire’s interview with the COO might be related to the workload its employees face. SpaceX has long been almost mythologized as a place where employees might be expected to regularly work 60-80 hour weeks if they expect to keep their jobs. While the company has fought to combat those rumors, it is undeniable that at least a minority in the company have been required to work extremely trying hours in certain periods of frenetic activity. However, Shotwell directly addressed those concerns, personally admitting that requiring 70-80 hour work weeks was unsustainable in the long run for SpaceX employees. Further, stepping well out of line with the traditional engineer work ethic, she stated that the company’s employees were encouraged to “focus on simplifying their jobs and making the task easier instead of putting their heads down and being a hero”. Encouraging a responsive, intelligent work ethic for all employees is truly exceptional throughout almost all engineering-focused companies.

While she has always acted as a sort of temper to Musk’s extraordinary willingness to accept risks in the pursuit of non-traditional solutions or goals, she noted that, “I have learned over my 15 years of working with him to not bet against him and not question whether something can be done”. Sober voices will be necessary along SpaceX’s path to Mars, and the Musk-Shotwell duo encourage significant optimism that SpaceX will eventually succeed. Musk could not have found a more perfect person to help lead SpaceX, and Shotwell will almost certainly continue to work miracles as she works to ensure that SpaceX achieves its lofty ambitions.