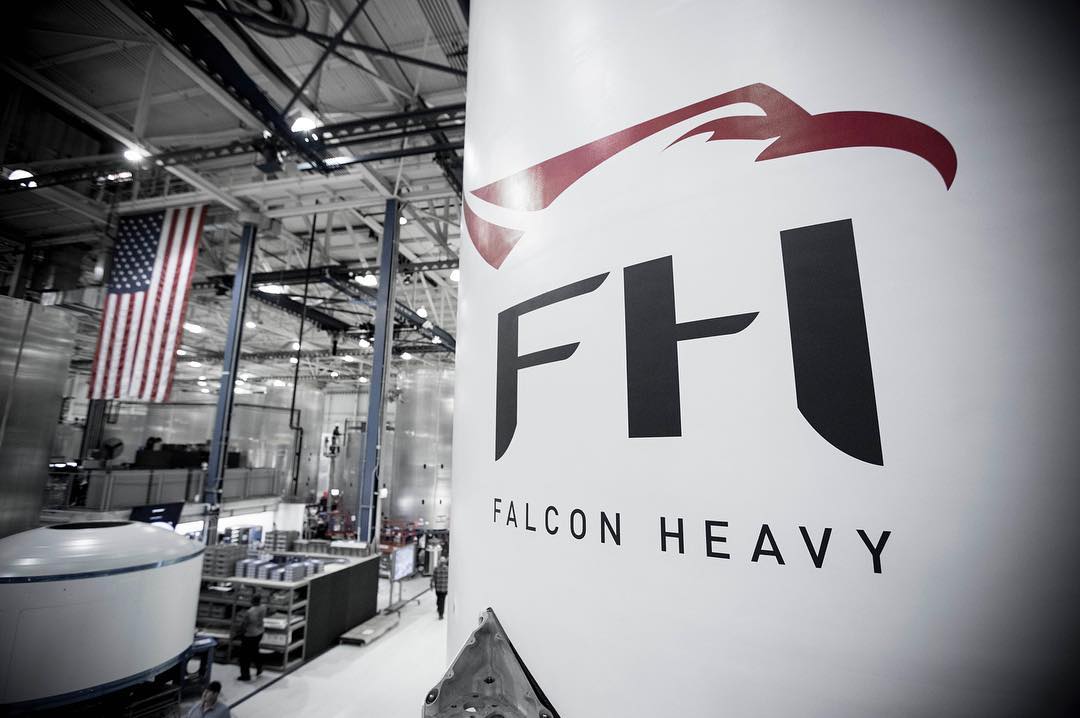 Spotted today and yesterday on its journey from Florida to Texas, Falcon Heavy’s second and final side booster is believed to be headed to Texas for static fire testing at SpaceX’s McGregor facilities.

SpaceX rocket development facility in McGregor, Texas. Every engine for every rocket is tested here before flight.

As has become the norm, interested followers of SpaceX from all over the United States have consistently shared photos and observations of Falcon 9 and Falcon Heavy boosters as they are transported through their towns. Particularly dedicated followers use this informal “core spotting” network to track SpaceX’s launch manifest and estimate how they are progressing.

Over the past several weeks, several people have independently spotted all three Falcon Heavy cores inside SpaceX’s LC-39A integration facility at Cape Canaveral. One of the boosters, previously used to launch CRS-9 in January 2017, is understood to have been refurbished and modified for its new life as a Falcon Heavy booster without ever leaving the Cape. This indicates that SpaceX has matured their facilities considerably and opens up more options for the future of their refurbishment and reuse program.

The Falcon 9-turned-Falcon Heavy booster discussed above, numbered 1025, still has to conduct thorough live testing, however. It has since been tracked during its road trip across the U.S., from its hangar in Florida to test stands in Texas, and was spotted today in Ponchatoula, Louisiana. Once at McGregor, Texas, it will likely conduct full-length static fires and be shipped back to Cape Canaveral for Falcon Heavy’s inaugural launch in November or December.