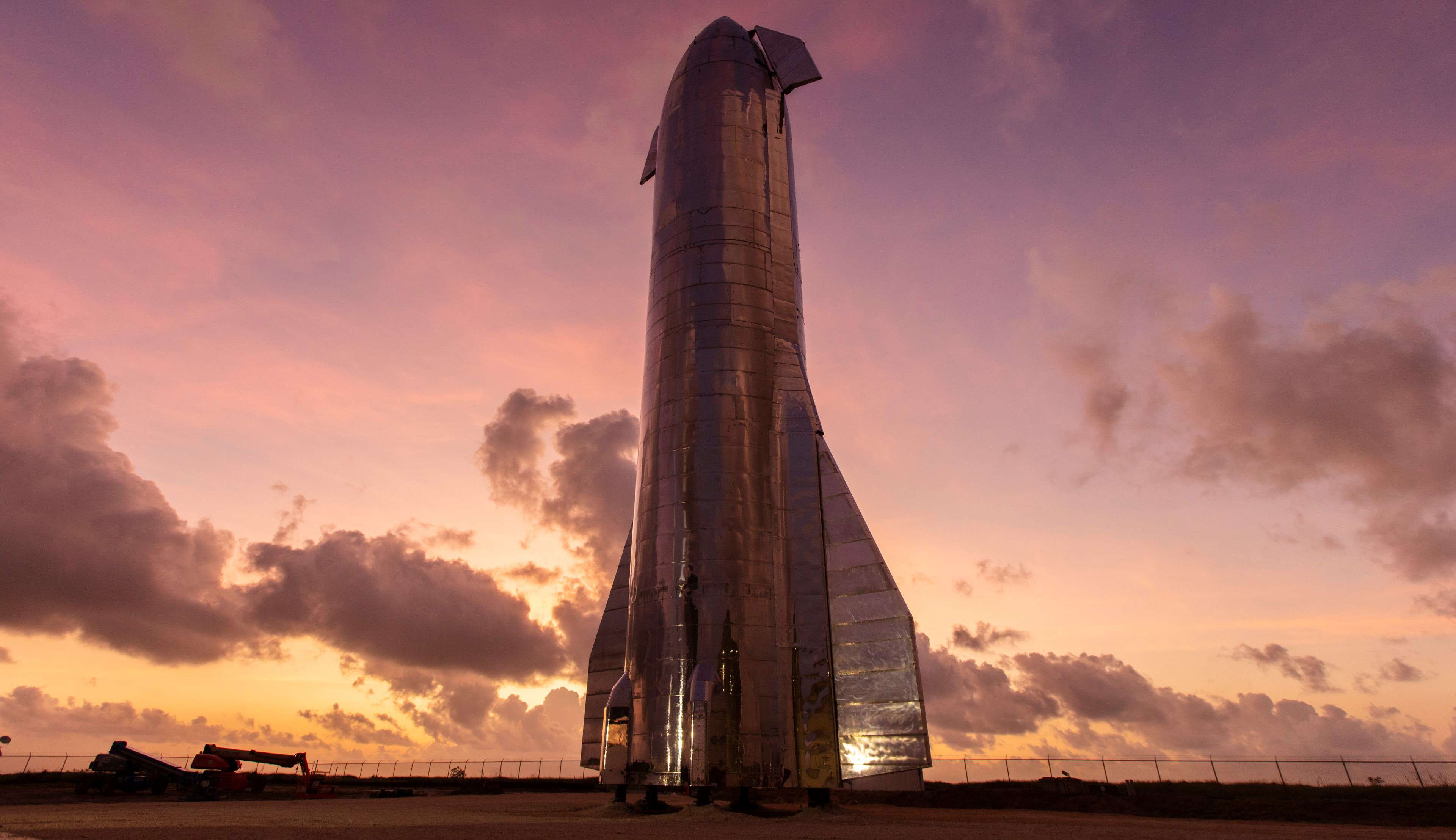 Starship Mk1 is in the late stages of assembly and integration at SpaceX's Boca Chica, Texas facilities. (SpaceX)

Formerly responsible for developing Falcon 9 (and Heavy) into the routinely-landing reusable rocket it is today, senior SpaceX engineer Lars Blackmore says he now has one primary focus: figuring out how to land Starship on Earth, the Moon, and Mars.

A graduate of University of Cambridge and MIT, the latter of which interviewed him on October 23rd for an “Alumni Stories” blog, Lars Blackmore has become famous for his groundbreaking work in guidance, navigation, and control (GNC). After graduating with honors from Cambridge and earning a PhD from MIT, Dr. Blackmore joined NASA in 2007 and immersed himself in “precision Mars landing”, part of a more general focus on figuring out how to autonomously control vehicles in uncertain conditions.

In his last year at NASA, Blackmore co-invented an algorithm known as G-FOLD (Guidance for Fuel Optimal Large Divert) that should theoretically enable precision landings on Mars, improving the state of the art by two full orders of magnitude (+/- 10 km to +/- 100 m). In 2011, he departed NASA and joined SpaceX, where he lead the development of the GNC technology needed to successfully and reliably recovery Falcon 9 boosters. Although the same could be said for any number of critical, groundbreaking systems that had to be developed, the onboard software that autonomously guides Falcon 9 landings on the fly is one of many things that booster recovery and reuse would be wholly impossible without.

After numerous failed attempts, all part SpaceX’s preferred learning process, Falcon 9 successfully landed for the first time on December 21st, 2015. As they say, the rest is history: in the roughly four years since that milestone landing, SpaceX has successfully completed 57 orbital launches, recovered boosters 43 more times, and reused flight-proven boosters on 23 launches. Since that first success, more than half of all SpaceX launches have been followed by a successful booster landing (or two).

In 2018, Dr. Blackmore officially took on a new full-time role as SpaceX’s Principal Mars Landing Engineer. As the namesake suggests, this meant handing (now semi-routine) Falcon 9 and Heavy GNC development to a strong team and beginning to tackle an array of new problems that will need to be solved for SpaceX to reach the Moon, Mars, and beyond.

Following radical design modifications made to Starship in 2018 and again in 2019, SpaceX is pursuing a radically different method of recovery with Starship (the upper stage), while Super Heavy will more directly follow in the footsteps of Falcon 9/Heavy. Starship, however, is being designed to perform a guided descent more akin to a skydiver falling straight down, using flaps at its nose and tail (explicitly “not wings”) to accurately guide its fall.

As little as a few hundred meters above the ground, Starship will then perform a radical maneuver, igniting its Raptor engines to flip around, burn in the opposite direction to counteract that sideways boost, and finally coming in for a precise landing on Earth/Mars/the Moon.

Beyond the new GNC software and knowledge needed to make that maneuver real, Blackmore is also responsible for Starship atmospheric entry, no less critical to enabling precise, repeatable landings from orbital velocity to touchdown. In his recent interview with University of Cambridge staff, Lars revealed that his role as Principal Mars Landing Engineer involved a far wider scope than his previous GNC-centered work, with the goal instead being to design a launch vehicle (Starship) from the ground up to be easily recovered and reused. Falcon 9 Block 5 may be radically different than the ‘V1.0’ rocket that debuted in 2010, but it’s still ultimately a product of retroactive engineering.

With Starship and Super Heavy, SpaceX instead wants to take the vast wealth of knowledge and experience gained from F9/FH and build the vehicle from the ground up to be optimized for full reuse. Ultimately, Dr. Blackmore stated that “landing Starship will be much harder than landing Falcon 9, but if [SpaceX] can do it, it will be revolutionary.”