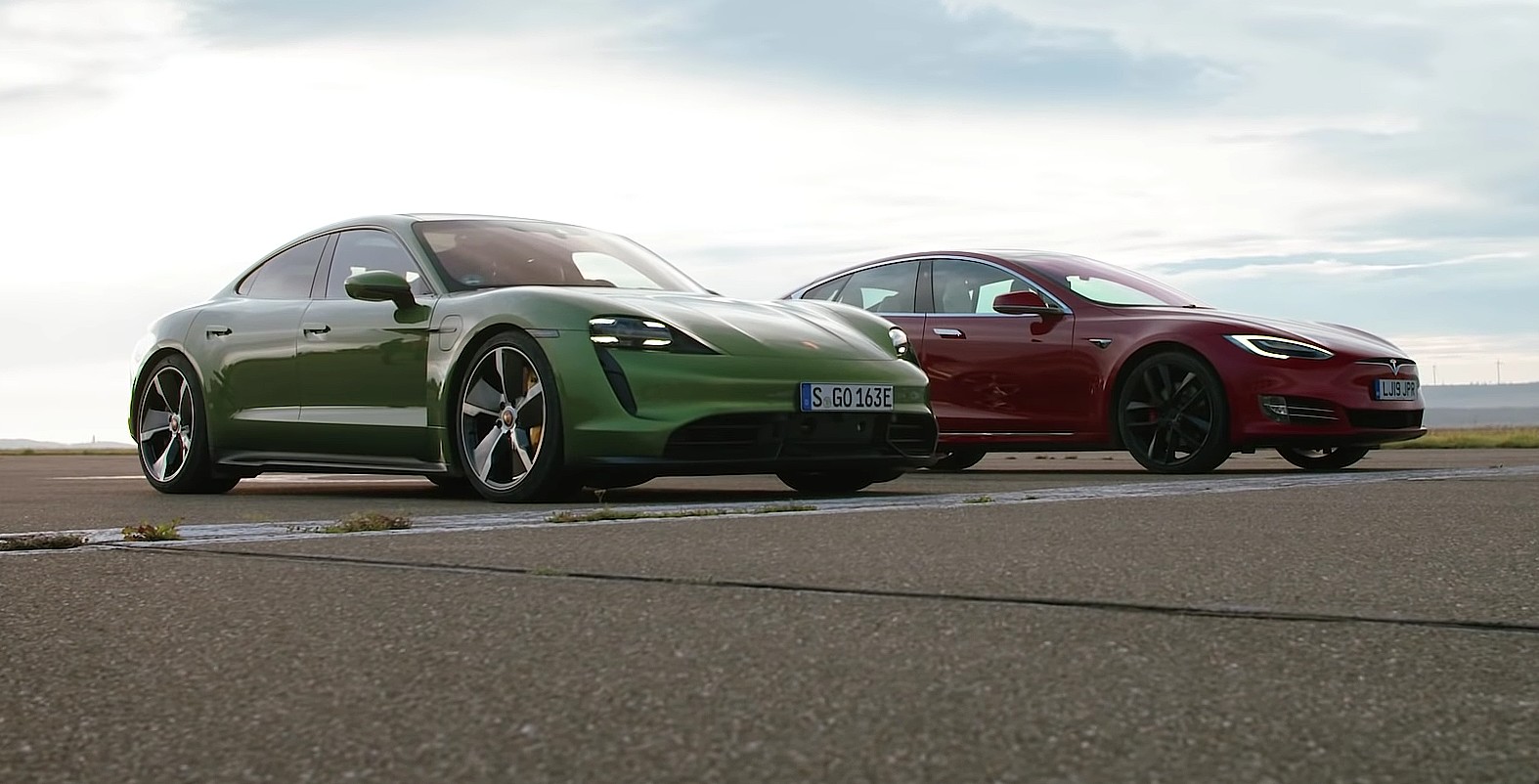 The Tesla Model S Performance and the Porsche Taycan Turbo S are destined to be benchmarked against each other, and if a recent Top Gear segment is any indication, what could very well be the most extensive test of the two vehicles to date has just been conducted. The results of the motoring media agency’s tests are interesting to say the least, as the veteran tech titan finally meets its greatest challenge yet — a true electric driver’s car.

First off in the motoring media agency’s tests was a drag race, something that the Model S usually dominates. The Silicon Valley-made electric sedan did beat the Taycan in the first parts of the race, though in the final dash to the quarter-mile mark, the German-made EV was able to overtake the Tesla. Strangely, the Model S clocked a 0-60 mph time of 2.68 seconds and a quarter-mile time of 11.08 seconds in the quarter-mile run — times that are less impressive than informal tests conducted by regular Tesla owners.

The rest of the comparisons between the two vehicles covered the Model S Performance and Taycan Turbo S’ features and behavior on the road. Top Gear deputy editor Jack Rix noted that the Taycan drives better as it provides a more intimate connection with its driver, but the Model S is still the gold standard when it comes to convenience. Tesla’s vast Supercharger Network, coupled with V10’s entertainment features such as Tesla Theater, as well as the Model S’ large interior space and trunk capacity, make the sedan a great vehicle for long drives with passengers.

The Taycan, on the other hand, provides a far more basic experience when it comes to driving. It drives excellently in true Porsche tradition, much better than the Model S, but it does not offer much in the way of comfort. The rear seats are notably cramped compared to the Model S, and its frunk and trunk capacity are far less than those in the Silicon Valley-made vehicle. The Taycan’s software and entertainment features are also a step down from the Model S. It does have Apple CarPlay, which the Model S does not have, but its infotainment system is basic compared to Tesla’s.

Overall, Top Gear‘s conclusions are pretty perfect for the two cars. For customers who want a quick daily driver that’s comfortable, capable of hauling people and luggage on long trips while being supported by a robust fast-charging network, it’s hard to go wrong with the Model S Performance. For drivers who wish to have a real connection with their vehicle and have an almost emotional experience while driving, there is no reason to skip the Taycan Turbo S. The Tesla Model S Performance and the Porsche Taycan Turbo S are different cars for different people, and they are both excellent in doing what they aim to do.

Check out Top Gear‘s comparison of the Tesla Model S Performance and Porsche Taycan Turbo S in the video below.