Published within the last week, unusual SpaceX job postings have begun to combine a range of topics unusual for the company, indicating some level of internal interest in entering into an entirely new industry and mode of operations.

Judging from the job descriptions, SpaceX is looking to hire engineers familiar with integrating third-party payloads onto in-house satellite buses, and they are primarily interested in engineers with Top Secret security clearances.

Given the subtlety of the relevant job postings and the apparent need for high-level security clearances to become involved, it’s extremely difficult to figure out what exactly SpaceX’s goals are. Still, they contain just enough detail to point in the direction of several obvious explanations. These revolve around one industry in particular: satellite operations and sales to or for third parties.

To some extent, these job listings are to be expected: SpaceX has extensive experience building spacecraft (Falcon 9 upper stages and Dragon) explicitly intended for internal use and operations only. Instead, what is surprising about these job listings is the presence of repeated references to “customer payload[s]” in the context of “satellite mission design”, “SpaceX-developed satellite constellations and payload missions”, the “simulation of remote sensing payloads and constellations”, and a need for “on-orbit commissioning” or “activation”.

Put simply, there is no obvious explanation for why SpaceX would need any of those things, at least in the context of the company’s publicly-known activities and business interests. Taken individually, they might be explained by – as described in the same listings – “[SpaceX’s expanding] classified mission manifest”, as it’s well-known that SpaceX is in the process of certifying Falcon 9 and Falcon Heavy to launch all practicable Air Force (USAF) and National Reconnaissance Office (NRO) payloads. Those payloads often need to be placed in high-energy orbits that rely on extended upper stage coasts between orbit-raising maneuvers, essentially requiring modifications to Falcon 9’s upper stage such that it becomes a sort of ad-hoc, short-lived satellite. 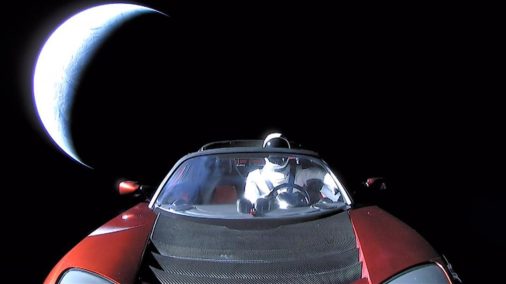 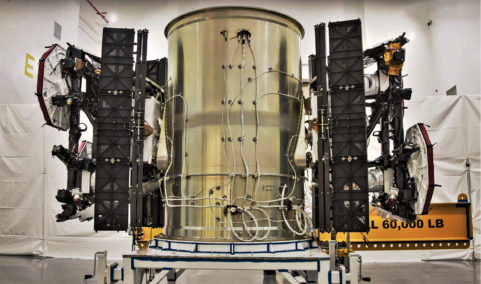 However, in all (conceivable) cases where SpaceX might launch a highly-classified payload for a government customer, the dynamic is still precisely that – launch provider (SpaceX) and customer (NRO/USAF/etc). Just like FedEx or UPS have no ownership of or relationship with the goods they transport, satellite launch providers are simply delivering a (very expensive, fragile, and irreplaceable) payload from Point A (the ground) to Point B (orbit). When UPS ships a new smartphone from the manufacturer to the customer, they most certainly do not perform an “in-house commissioning” – if the customer needs help setting up their new phone, they go to the manufacturer or service provider (cell carrier).

In the same way, satellite commissioning is a generally necessary process where the satellite manufacturer – rarely the actual operator or service provider – raises or fine-tunes the expensive spacecraft’s orbit and verifies that all systems and payloads are functioning as intended – only after that process is complete does the manufacturer finally ‘hand off’ the satellite to the customer that paid for it. In some cases, the manufacturer continues to maintain or at least monitor the satellite in the background as the owner serves its own customers, much like how military airplane manufacturers are typically contracted to maintain or support those planes even after final delivery.

Judging from the need for top-secret security clearance in nearly all of these new job postings, SpaceX clearly has a very particular sort of customer in mind. Be it DARPA, NRO, the USAF, or some totally unknown government actor, one or several of the above entities have expressed explicit interest in coopting SpaceX’s newfound status as a prospective dirt-cheap-satellite manufacturer. If that were not the case, SpaceX would not be keen to publish 5+ engineering job postings with top-secret clearance as an explicit prerequisite.

Ultimately, it’s undeniable that the prospect of a completed vertically-integrated launch and satellite service provider could be so alluring that entities like the NRO, USAF, or DARPA simply could not pass up the opportunity to at least give it a try. From a purely speculative perspective, the services and processes SpaceX seems to be in the middle of developing are an almost perfect fit with DARPA’s (Defense Advanced Research Projects Agency) brand new Blackjack program. Perfectly summarized in September by Space News reporter Sandra Erwin,

“[DARPA] wants to buy small satellites from commercial vendors, equip them with military sensor payloads and deploy a small constellation in low-Earth orbit to see how they perform in real military operations.”

DARPA awarded a $1.5M contract to smallsat manufacturer and operator Blue Canyon on in October 2018, small relative to the program’s roughly $118M budget. DARPA has made clear that it plans to finalize multiple contracts with different prospective satellite designers and operators in order to ensure a competitive environment, fuel growth in a fairly new industry, and pave the way for the final procurement of an experimental constellation of 20 satellites by 2021. If successful, it could completely change the way the entire US government procures national security-related satellites, offering a far faster, cheaper, and more flexible route to set up unique capabilities.