SpaceX is gearing up for a duo of flight-proven Falcon 9 launches and drone ship landings on both coasts of the United States, set for liftoff from Cape Canaveral’s Kennedy Space Center and Vandenberg Air Force Base no earlier than (NET) November 15th and 19th, respectively.

On the East Coast, drone ship Of Course I Still Love You departed from Port Canaveral late last night (Nov 11) as Falcon 9 B1047 rolled onto Pad 39A for a preflight static fire test, where the rocket will be filled with a full complement of fluids (TEA/TEB, helium, nitrogen, oxygen, kerosene) and all nine Merlin 1D engines are ignited in order to replicate the seconds just prior to a real launch. That static fire test was originally expected to occur on November 10 or 11 but has obviously been pushed back a day to Nov. 12, likely meaning that the rocket’s launch – carrying Qatari communications satellite Es’hail-2 – will slip 24 hours to 3:46pm EST (08:46 UTC) on the 16th,

Following the unfortunate loss of Amos-6 during a preflight static fire in September 2016, SpaceX has since made a reasonable move away from performing static fires with payloads integrated atop the rocket, unless the customer specifically requests that it be done that way to save time. As such, Falcon 9 must be brought horizontal, rolled back to the hangar, inspected, and finally have the payload and fairing attached to the rocket, a sensitive process that demands nuance and time. Combined with an analysis of data gathered during the static fire, this process – when all goes as planned – can take at least 48 hours from start to finish, and longer still if any minor off-nominal behavior is observed or the launch customer has additional requirements (typically reserved for NASA and national security-related missions). 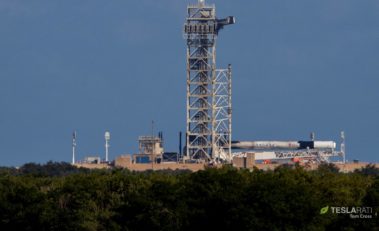 B1047 made an extraordinary ring vortex rainbow as it smashed through Max Q, the point of highest aerodynamic stress on the rocket. (Tom Cross) 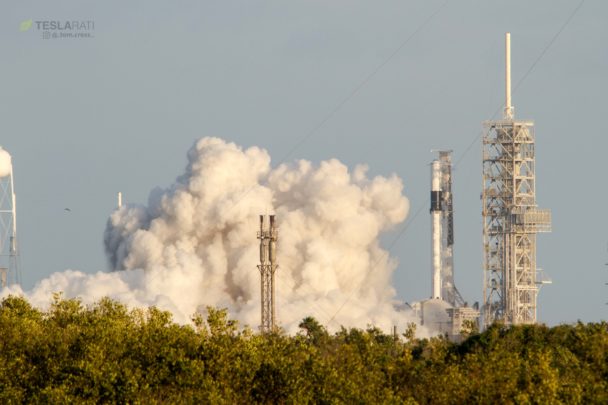 Because rockets like Falcon 9 are extraordinarily intricate and finely-tuned machines, perfectly nominal launch-related events are few and far between. In reality, the time between static fire rollout and launch readiness is rarely less than three days (72 hours), not including the process of rolling the fully-integrated rocket back out to the pad, aligning and securing the vehicle and transporter-erector (TE) over the flame trench, and finally attaching all umbilical connections and verifying vehicle health. Speaking generally, four to five days is a good rule of thumb for the time it takes to complete Falcon 9’s static fire and return the rocket to the pad after attaching the payload.

Still, it’s always a good sign when a drone ship leaves port, much like OCISLY did on the evening of the 11th. The journey to its destination will take 2-3 days, meaning that the drone ship will be ready to catch Falcon 9 whenever the rocket is ready to launch.

On the West Coast, SpaceX is also getting ready for drone ship Just Read The Instructions (JRTI) to depart Port of San Pedro in anticipation of a presumed sea recovery of Falcon 9 following the NET Nov 19 launch of a multi-satellite rideshare mission known as SSO-A. While SpaceX currently holds two recovery licenses for the booster, one by sea and one at the land-based LZ-4 pad, it’s possible that the company will be forced to use JRTI despite the fact that Falcon 9 will have plenty of propellant left to return itself to the launch site (RTLS). United Launch Alliance’s (ULA) next Delta IV Heavy rocket is currently on-pad with a presumably very expensive National Reconnaissance (NRO) satellite attached roughly 1.5 miles northeast of SpaceX’s LZ-4 – the rest of the gaps are easy enough to fill in.

Falcon 9 Block 5 booster B1046 seen during both of its post-launch landings. (SpaceX/SpaceX) 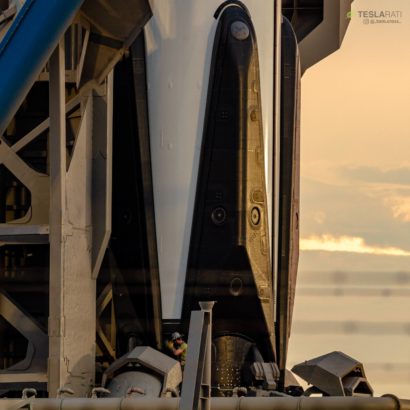 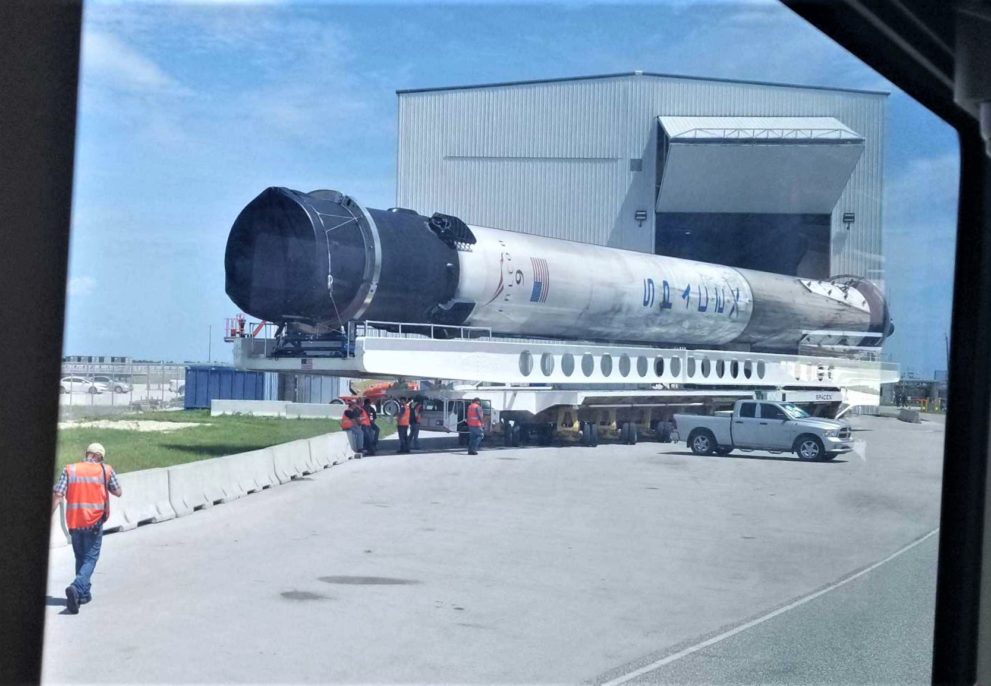 JRTI was spotted by Teslarati photographer Pauline Acalin performing some rare sea trials on November 10 after spending several weeks berthed at port for routine maintenance and deck repairs. Fairing recovery vessel Mr. Steven has also been undergoing some unusual modifications, now proudly sporting what can only be described as a steel horn recently installed on the tip of his bow deck. After sitting out a catch attempt during the launch of SAOCOM 1A to prepare for controlled helicopter drop tests performed over a period of several weeks in October, Mr. Steven will most likely be ready for another stab at operational fairing recovery during SSO-A.

Both rockets – B1047 to the East and (presumed) B1046 to the West – are flight-proven, meaning that they have flown operational orbital missions prior to their upcoming launch attempts, B1047 launched communications satellite Telstar 19V in July 2018, while B1046 has actually performed two successful launches already, Bangabandhu-1 in May and Telkom 4 (Merah Putih) in August.