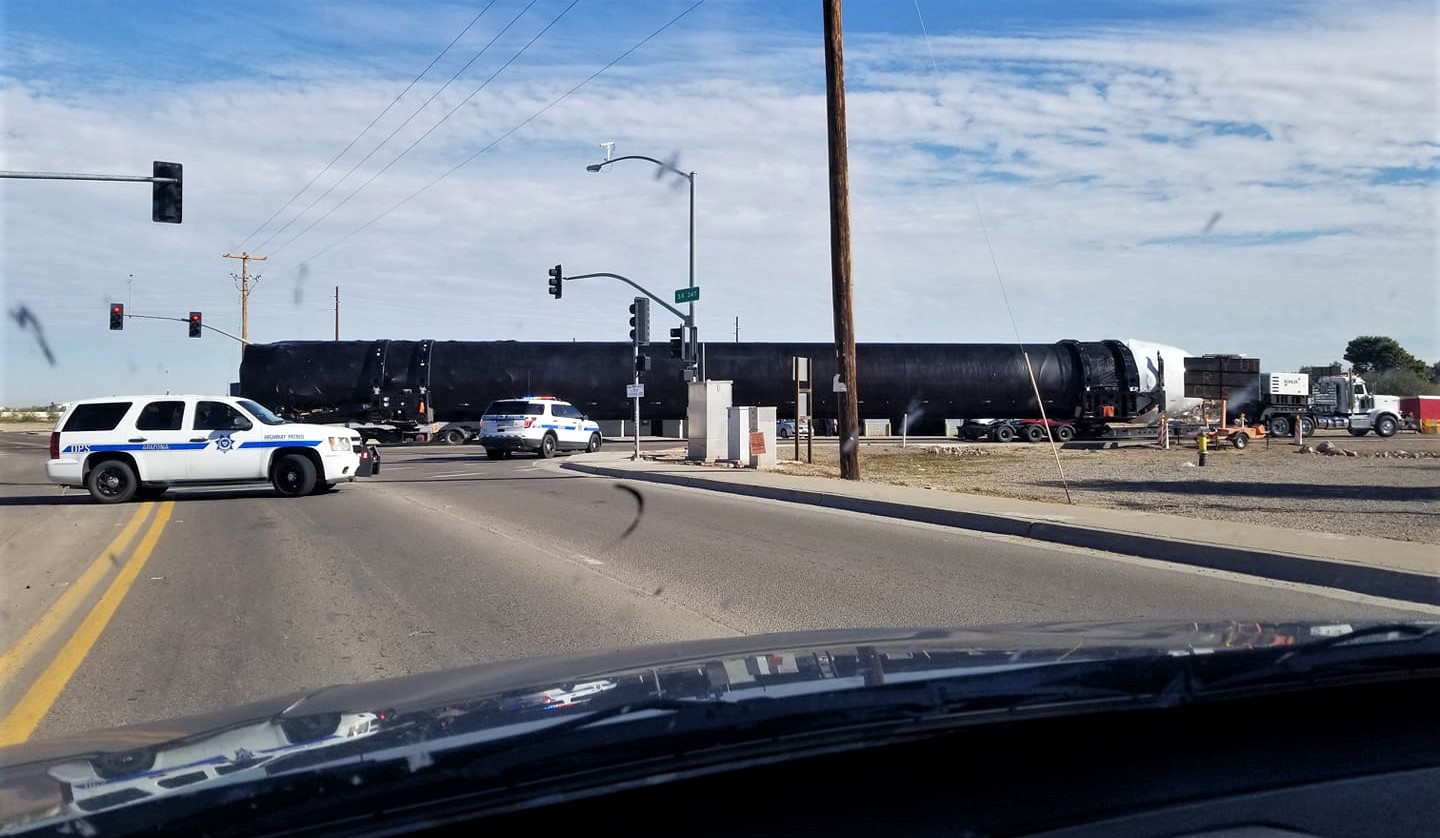 First posted to a SpaceX-focused Facebook group by member Eric Schmidt, Falcon Heavy Flight 2’s second side booster (of two) was spotted eastbound in Arizona on December 3rd, partway through a journey from SpaceX’s Hawthorne, CA factory to its McGregor, TX testing facilities.

This is the second (known) Falcon Heavy-related booster spotted in less than a month and an incontrovertible sign that the company’s second-ever Falcon Heavy launch is perhaps just a handful of months away, with both side boosters now likely to be present in Florida by January 2019 barring unforeseen developments.

Look who was waving at passing planes over McGregor today!

A Falcon Heavy side booster on the McGregor test stand for a static fire test. pic.twitter.com/S7af6b0gHk

This second booster appearance follows on the heels of the first Falcon Heavy booster spotting on November 9-10, confirming that – at a minimum –  two of the next rocket’s three first stage boosters have finish production and are now focused on completing their separate hot-fire acceptance tests at McGregor. Owing to the ironic fact that the center core – dramatically more complex than its pointy-nosed side core brethren – is far harder to discern while in transport, it’s even possible that the second side core spotting is actually the third new Falcon Heavy booster to depart SpaceX’s factory. The above booster was apparently the second SpaceX first stage to make its way east through Arizona in the week prior to its arrival, so that may well be the case.

While Falcon Heavy side boosters do sport easily recognizable nosecones, they apparently are able to be modified from a Falcon 9 booster to a side booster with no more than a week or two’s work. On the other hand, the rocket’s center booster is dramatically more complex and requires an entirely new custom rocket be built from scratch thanks to the extreme loads it must survive when the two side boosters channel all of their thrust directly into the center core during launch.

However, until the arm-like mechanisms that connect the center stage to its two side boosters are attached, it’s extremely difficult to discern between a normal Falcon 9 booster and a Falcon Heavy center stage. Until a center core is more or less unwrapped and showing off its octaweb or unusual bumps around the interstage, its identity is likely to remain a secret. In the past three months, no fewer than four Falcon boosters arrived at Cape Canaveral, while only one (or maybe two) of them have launched in the time since their arrival. 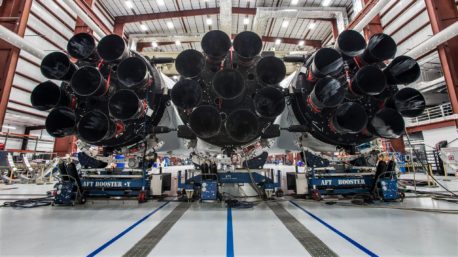 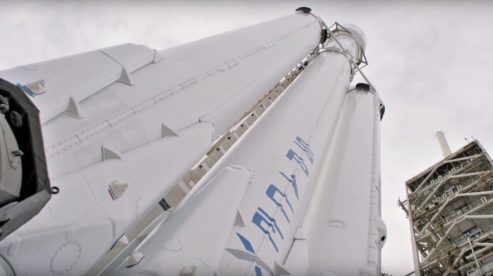 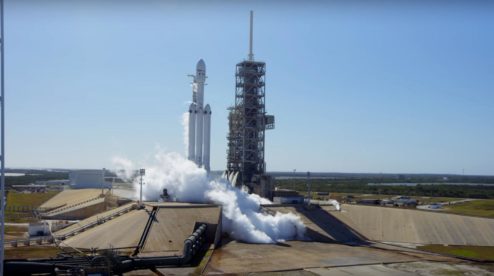 Given that both side boosters have traveled from California to McGregor, it’s almost certain that Falcon Heavy will fly for the second time with all-new Block 5 hardware, including all three boosters and the upper stage. Most importantly, a Block 5 version of the non-interchangeable center stage should ultimately be able to launch multiple times with zero or minimal refurbishment and repairs, potentially making Falcon Heavy for more viable from a production and internal cost perspective. For a rocket that may only ever launch twice per year, one or two custom center cores could be all that is needed over the vehicle’s operational lifetime, save for any potential launch contract that requires expendable performance.

Ultimately, this second Falcon Heavy booster spotting in less than four weeks is a thrilling sign that SpaceX is pushing extremely hard to have the rocket’s next iteration integrated and ready to launch as soon as possible, perhaps as early as Q1 2019. As its two side boosters begin to arrive in Florida, we should start to have a better idea of when exactly the massive rocket’s second launch might be.