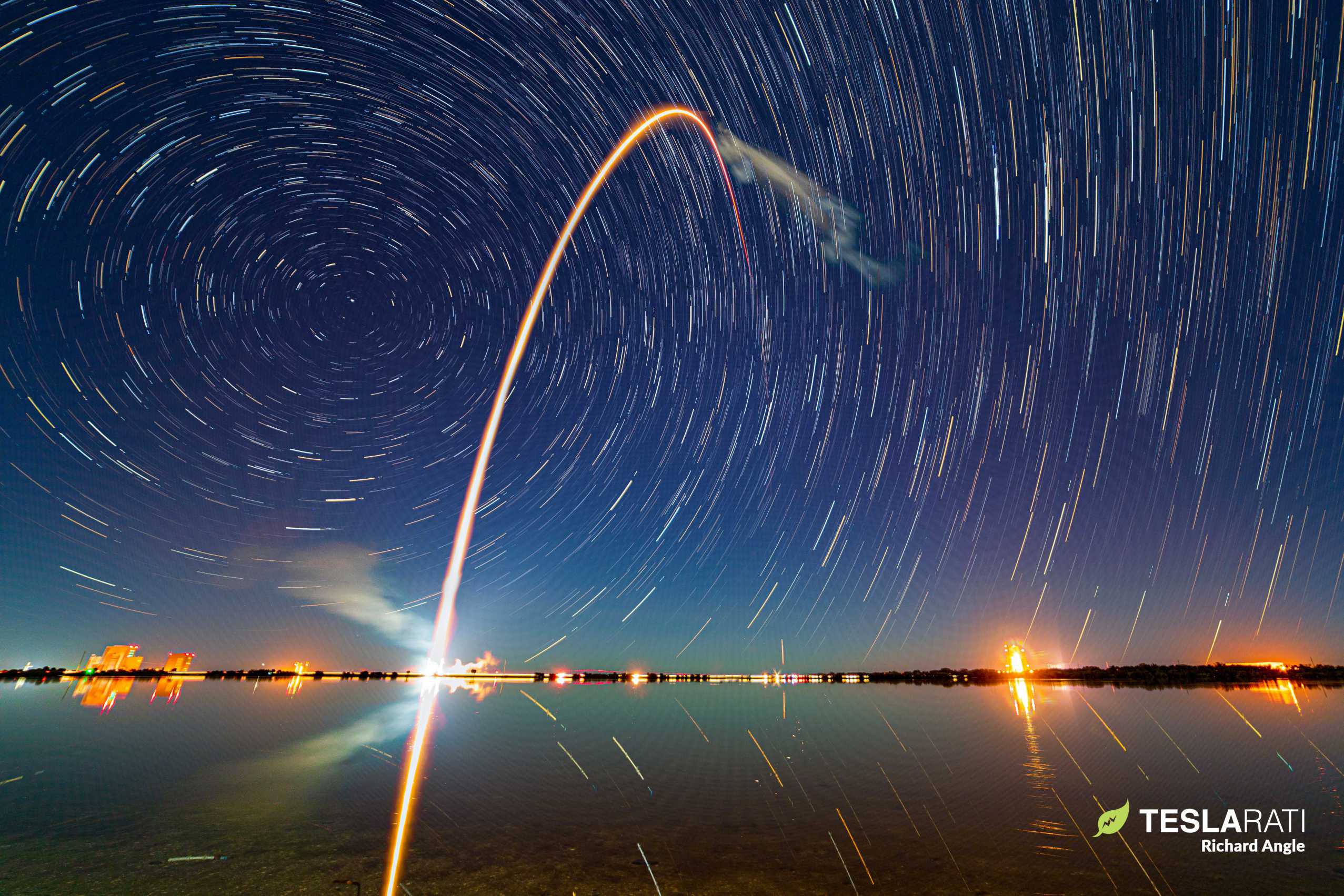 The ground antennas SpaceX's Starlink satellites will need to send customers internet were recently spotted for the first time ever. (Richard Angle)

SpaceX’s mysterious Starlink ‘user terminals’ have been spotted in public for the first time ever at the company’s South Texas Starship factory.

Offering a first-ever glimpse of the hardware that individual customers will use to connect to SpaceX’s growing satellite internet network, the lone photo provides a bit more detail than it might initially seem. Effectively invisible up to now, the user terminal – a small antenna system – has been described by both SpaceX CEO Elon Musk and COO/President Gwynne Shotwell as a the single biggest challenge standing in the way of Starlink’s success.

For SpaceX, building a mass-market consumer electronics product more or less in-house was already guaranteed to be a major (and expensive) challenge. The complex requirements and limitations facing an antenna meant for a low Earth orbit (LEO) satellite internet constellation thus magnify a task that is already hard and turn it into a truly unprecedented feat of mass production. Regardless, SpaceX continues to persevere and the first public appearance of user terminals – as well as the consistent company position that service could begin rolling out just a few months from now – are encouraging signs.

The single biggest reason the user terminal component of Starlink is so daunting is relatively simple. Situated in low Earth orbit (LEO) to ensure that Starlink internet service offers latency (ping, response time, etc.) as good or better than fiber, the SpaceX satellites are moving quite rapidly, spending just a handful of minutes over any given spot on the Earth’s surface. Whereas existing satellite internet solutions are located in much higher orbits, including geostationary orbits where the spacecraft actually appear to hover above a fixed point on the ground, ground antennas for LEO internet constellations are much more challenging.

Instead of a literal dish tracking satellites as they streak across the sky, the only truly viable solution is an electronically-steered (phased array) antenna. The problem is that while phased array antennas have plummeted in price over the last five or so years, the going price for existing solutions puts them somewhere between one and two magnitudes too expensive mass-market consumer product. Even if customers loathe Comcast with all their hearts, the vast majority simply can’t rationalize spending thousands of dollars up front for comparable satellite service.

In other words, for Starlink to be viable regardless of the quality or affordability of the satellites themselves, SpaceX must somehow find a way to build millions of user terminals that are simultaneously far more capable than anything in their price range and as good or better than antennas that cost $5,000, $10,000, or even more. The challenge is amplified further by the fact that competing ground-based internet service providers (ISP) like Comcast incur nearly no material cost to add a customer to their network, while customers will typically already have the router and modem needed to gain access.

On top of being at least 5-10 times cheaper than comparable alternatives, Starlink user terminals must also be impressively reliable, bug-free, and easy to set up. Beyond that, though, the amount of room for improvement available to SpaceX is almost comical. Even mediocre customer service and vaguely transparent bills and pricing would likely paint Starlink in a favorable and highly preferable light when compared with the United States’ infamous ecosystem of monopolistic ISPs. Many consumers may happily spend several times more money than they’ve ever spent on internet-related technology just to gain access to Starlink and escape the yoke of their existing ISP.

According to Shotwell, SpaceX could begin rolling out Starlink internet to customers in the northern US and southern Canada once 14 batches – ~840 operational spacecraft – have been launched. SpaceX’s next Starlink v1.0 launch is scheduled as soon as June 23rd, meaning that an initial rollout could come as early as August or September.