According to updated regulatory documents and recent Aviation Week interviews with the US Air Force Research Laboratory, it can be all but guaranteed that the USAF has begun working with SpaceX to test the feasibility of using the company’s planned Starlink satellite internet constellation for military communications purposes.

In early August, SpaceX updated regulatory documents required by the Federal Communications Commission (FCC) for the company to be permitted to experimental test its two prototype Starlink internet satellites, named Tintin A and B. Launched roughly six months ago as a copassenger on one of SpaceX’s own Falcon 9 rockets, the satellite duo has been quietly performing a broad range of tests on orbit, particularly focused on general satellite operations, orbital maneuvering with SpaceX’s own custom-built electric propulsion, and – most importantly – the experimental satellites’ cutting-edge communications capabilities.

Per a public summary of the application update, SpaceX is awaiting FCC permission to begin a new series of tests of its prototype satellite internet network, this time highlighting an intriguing interest in applying Starlink connectivity to moving aircraft in order to provide them an exceptionally flexible and powerful suite of communications capabilities.

“SpaceX seeks to modify its experimental authorization to allow testing of two different antennas, both of which will operate on the ground and one of which will also operate from a moving aircraft.”

In those same documents, the company states that it is “working with a manufacturer of conformal antennas for tactical aircraft” to design and build “a custom installation kit consisting of mechanical plates for the low-profile antennas and fairings reducing wind drag”, seemingly indicating that SpaceX itself intends to supply the phased array antennae itself. Normally, this sort of testing would be fairly mundane and expected for any global satellite network, as one of the largest markets for satellite internet connectivity happens to be commercial aviation, particularly airlines and passenger entertainment. 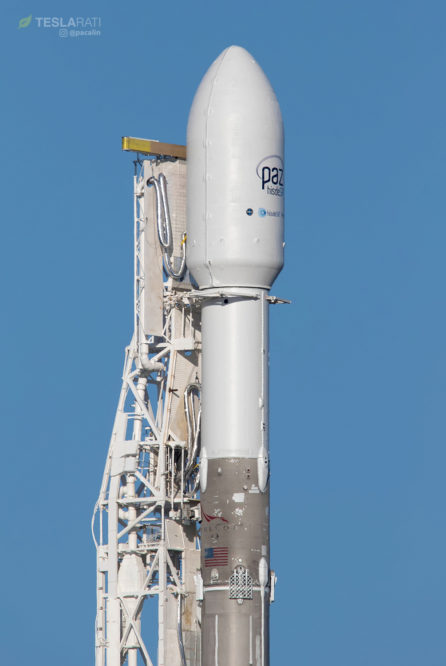 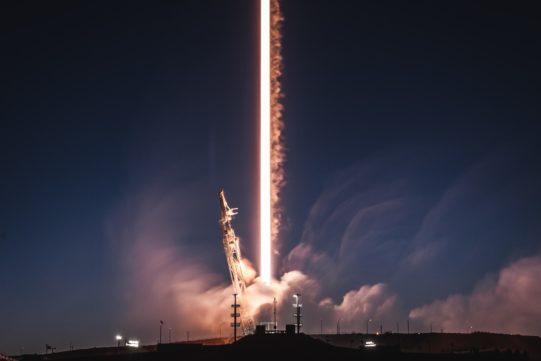 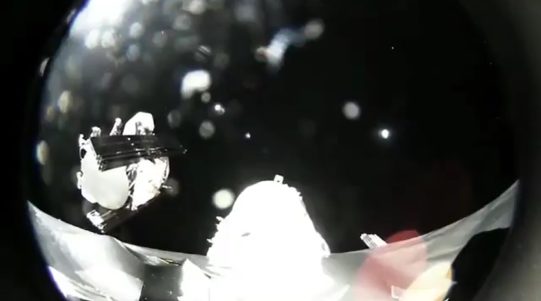 However, the plot thickens beyond that extent thanks to a few select phrases. Most tellingly, the company writes that it “will perform a series of tests with the integrated airborne prototype terminal … varying motion for representative roll and pitch rates of a high-performance aircraft“, later also describing the program the update as a request for permission for “additional test activities undertaken with the federal government.”

It just so happens that the US Air Force’s Research Laboratory (AFRL) spoke with Aviation Week earlier this year (just weeks after SpaceX’s first prototype satellites had launched, in fact) about a nascent program exploring the potential utility of a spate of commercial Low Earth Orbit satellite internet constellations proposed for launch in recent years.

“To explore the art of the possible, AFRL is planning to contract with at least one commercial internet provider for a set of antennas that can be mounted onto Air Force test aircraft, Beal says. The team will then fly the aircraft … directly under the associated satellites and establish a communications path.” – Lara Seligman/AviationWeek

As of publishing then (March 2018) and now, SpaceX is the only company in the world to have launched a pair of functional demonstration satellites as a part of its proposed megaconstellation, meaning that it’s the only company that has a (technically) operational network with which they can test inter-satellite connectivity, connection hand-offs between different satellites, and multi-satellite operations.

While it’s currently unclear how that series of tests transpired and if they were or are officially connected to the AFRL’s own program, the briefest thought of the USAF (and thus the Department of Defence) as a prospective anchor customer for SpaceX’s Starlink constellation is extraordinarily exciting, especially given the apparent difficulties and costs associated with actually deploying even the first wave (~900 satellites) of such a massive constellation (~4500 satellites total).