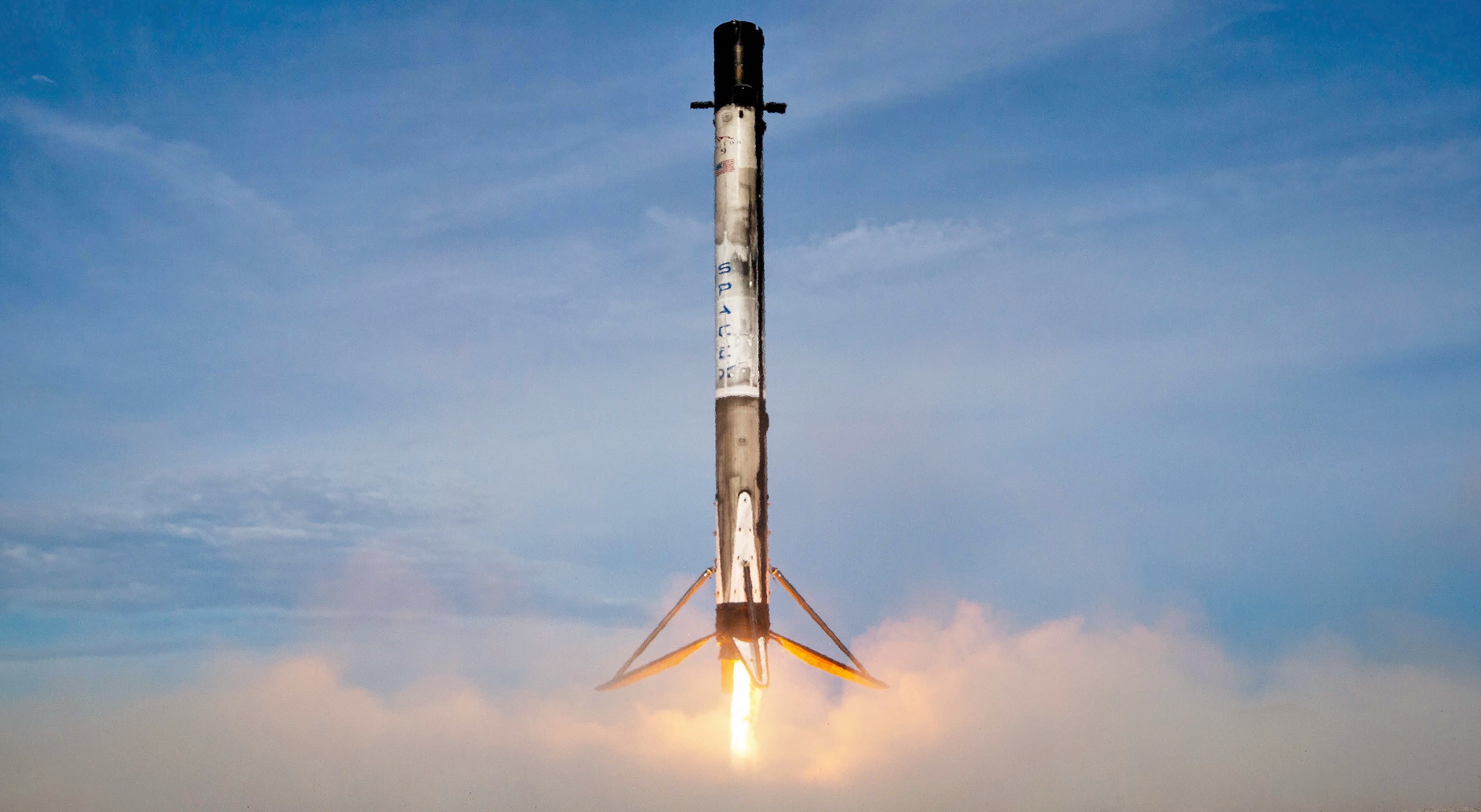 One of SpaceX’s newest Falcon 9 rockets is just a day away from setting one of the most important rocket reusability records after successfully firing up its booster engines – the last major step before the third Starlink launch of 2020.

Delayed two days from its original February 15th target, Falcon 9 is now scheduled to lift off no earlier than (NET) 10:05 am EST (15:05 UTC) on February 17th, carrying SpaceX’s fourth batch of upgraded Starlink v1.0 satellites (Starlink V1 L4). The company’s fifth dedicated Starlink launch overall, Falcon 9 booster B1056 will launch for the fourth time in support of the Starlink V1 L4 mission, becoming the fourth SpaceX rocket to do so in barely three months. While still impressive and important, B1056’s fourth mission could be record-setting for an entirely different reason.

Designed to enable at least 10 flights per booster with minimal refurbishment in between, SpaceX’s latest Falcon 9 ‘Block 5’ upgrade debuted in May 2018 and has enabled a marked improvement in both reliability and reusability. One record set just a month after that debut – and, unintuitively by a pre-Block 5 booster – has nevertheless stubbornly held over the 20 months since then. Known as booster turnaround time, the measure effectively represents the practical limits of a given rocket’s reusability by measuring how long it takes any specific vehicle to launch, be recovered, and launch again. With a little luck, Falcon 9 B1056 could break SpaceX’s existing turnaround record by a healthy margin just a few hours from now.

Now, Falcon 9 booster B1056 could potentially break SpaceX’s 71-day record by almost 9 days (15%) in spite of the fact that it has already performed three orbital-class launches in the last 10 months. Additionally, its third and most recent launch was a high-energy satellite mission that put B1056 through a relatively fast and hot atmospheric reentry, whereas Falcon 9 B1052, B1053, and B1045 all set their turnaround records after comparatively gentle inaugural launches, reentries, and landings.

This is all to say that B1056 breaking SpaceX’s booster turnaround record makes it feel a bit like the company isn’t really trying to break any internal records and certainly isn’t close to pushing the Falcon Block 5 design to its reusability limits. Some 18 months ago, SpaceX President and COO Gwynne Shotwell revealed that Falcon 9 Block 5 boosters were already down to just four weeks of refurbishment a handful of months after the upgrade’s launch debut.

In the history of orbital-class reusable spacecraft and rockets, NASA’s Space Shuttle Atlantis – backed by an annual operations budget on the order of $1 billion and hundreds of dedicated refurbishment engineers and technicians – holds a global turnaround record of 54 days. By the time SpaceX breaks that record, Falcon booster reusability will almost certainly be one or even two magnitudes cheaper and simpler than the Space Shuttle.

In fact, if it manages to successfully launch and land later today, Falcon 9 B1056 could be poised to break its own turnaround record later this year, given that Starlink v1.0 launches enable slightly gentler recovery conditions relative to the booster’s previous Kacific-1 mission.

Falcon 9 B1056 is currently scheduled to lift off on its fourth orbital-class launch – carrying 60 Starlink v1.0 satellites – no earlier than (NET) 10:05 am EST (15:05 UTC), February 17th, and will attempt a routine landing aboard drone ship Of Course I Still Love You a bit less than nine minutes later. Some 30-45 minutes after launch, Falcon 9’s payload fairing halves – having reentered Earth’s atmosphere and deployed parafoils – will attempt their third simultaneous landing in the nets of twin recovery ships GO Ms. Tree (formerly Mr. Steven) and Ms. Chief. Tune in to SpaceX.com/webcast around 9:50 am EST (14:50 UTC) to catch Falcon 9’s Starlink V1 L4 launch live.