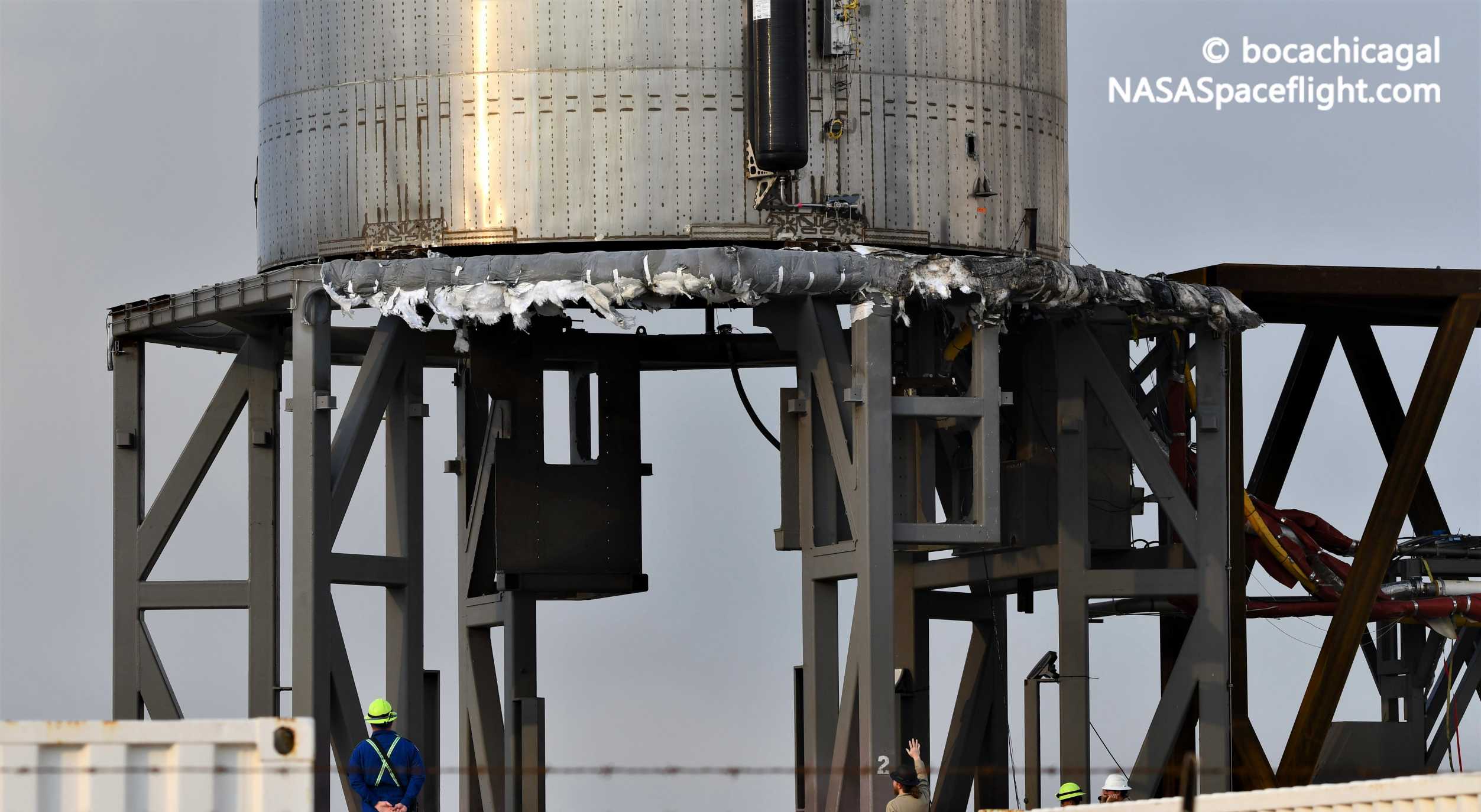 SpaceX teams have finally safed the fourth full-scale Starship prototype nearly two days after a Raptor engine test caught it on fire, an anomaly that left the massive rocket charred and damaged – but still intact.

While SN4’s survival is a welcome and unexpected outcome, the fire that broke out near the base of the rocket caused damage that will have to be repaired, while the fault that allowed that fire to occur in the first place will also need to be rectified. Had the same events transpired during the ship’s inaugural flight test, things could have gone even further south after the rocket lifted off, carrying it away from remotely-controlled water jets used to suppress unplanned fires on the pad.

Thankfully, SpaceX’s focus on testing, testing, and testing some more meant that Starship SN4’s minor self-immolation occurred on the ground when the stakes – while high – were much lower than they would have been with an airborne rocket. The problems uncovered will, of course, need to be fixed, inevitably delaying the ship’s first flight test, but odds are that SN4 now has a better shot at success thanks to those hiccups.

Thanks to the fact that Starships are constructed almost entirely out of steel, a little (or a lot of) fire shouldn’t theoretically be much of a problem. However, SpaceX has taken a rather freeform approach to its early Starship SNx prototypes, opting to bolt, weld, or tape on the vast majority of external hardware with little or no protection from the elements, including fires ignited by the ships themselves.

With SN4, it appears that the pressure jump experiences immediately after Raptor ignition (the ship’s third such test) shook some methane-related plumbing loose. Raptor continued to burn for another five or so seconds after that minor failure, shutting down as planned – but not before it ignited the methane the burst pipe was leaking. Additionally, after that new plume of boiling liquid methane caught fire, the fire it sustained proceeded to ignite insulation wrapped around the rocket’s launch. It burned vigorously, likely helping to damage wiring, ultimately causing SpaceX to partially lose control of the rocket and preventing attempts to inspect and fix the damage for two full days.

It’s safe to say that SpaceX is probably going to prioritize avoiding the series of events that caused May 19th’s anomaly from here on out, considering that things could have easily gone much worse. Thankfully, whatever control SpaceX or the rocket itself retained after wire damage allowed it to safely offload its flammable propellant and vent expanding gases to prevent SN4’s tanks from bursting. Installing highly flammable insulation approximately 10 feet away from an active Raptor engine and giant controlled fire and explosion was also inadvisable and probably won’t be repeated.

Thankfully, the damage is clearly minimal and Starship SN4 survived the ordeal otherwise unscathed. With any luck, inspections and repairs will be quick and easy and SpaceX – as NASASpaceflight reporter Michael Baylor notes – will be able to complete an identical static fire test without starting a fire on Starship SN4. SpaceX has requested a new road closure (signifying planned testing) on May 28th with backup windows on May 29th and June 1st.

Thanks to Starship SN4’s unplanned delays, it now looks quite likely that SpaceX’s next full-scale Starship prototype (SN5) will be completed – or nearly so – by the time that its predecessor is cleared for flight. “Too many Starships” is certainly a welcome problem to have.