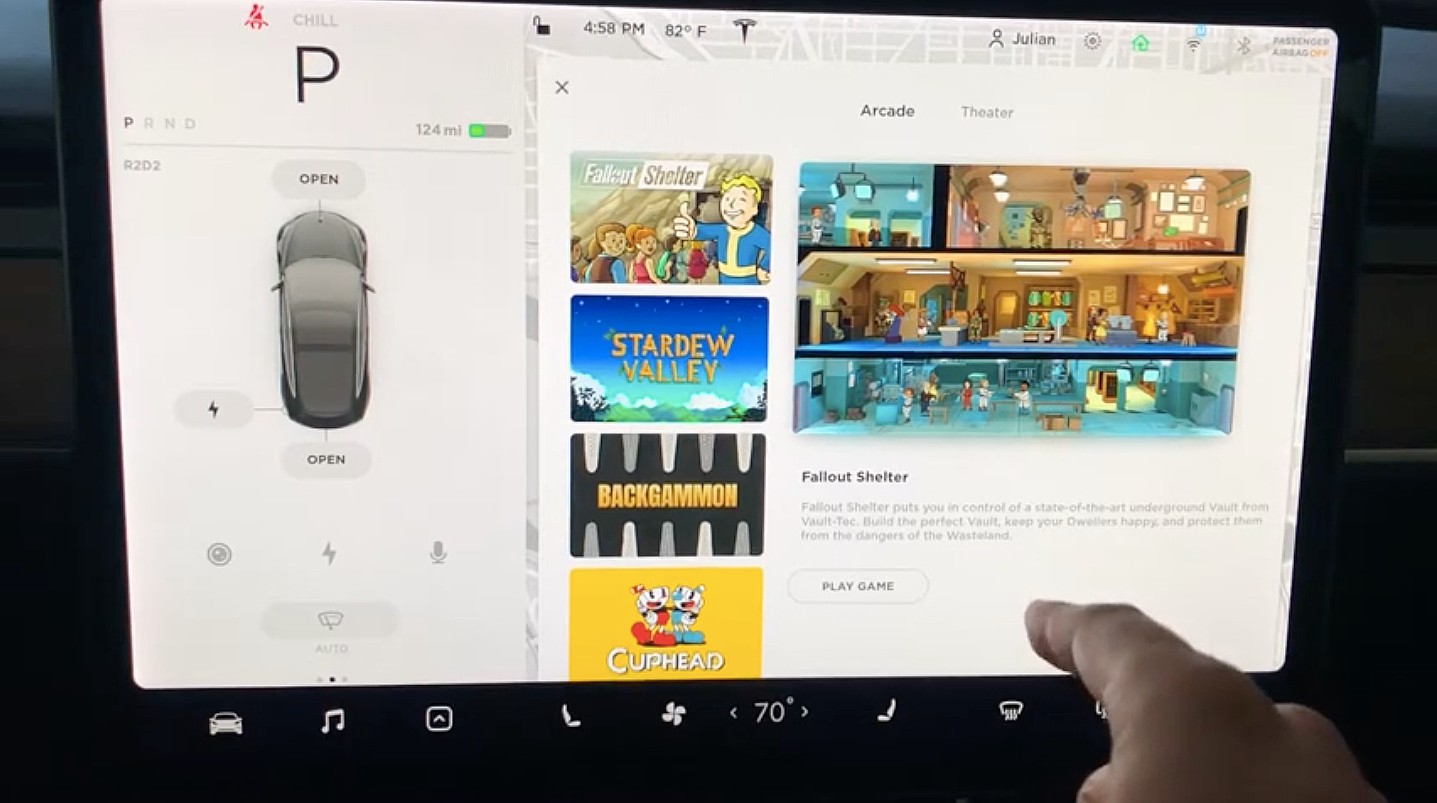 Tesla’s software update 2020.20 has introduced a number of interesting new entertainment features for the company’s electric cars. Among these is arguably the most fun game in Tesla Arcade to date, new controls for Tesla Theater that would make watching videos inside the car easier, and some improvements to TRAX, an app that’s capable of making music.

Fallout Shelter is arguably one of the most highly anticipated titles that were due for Tesla Arcade. The game was first mentioned last year when Elon Musk, during a conversation with gaming legend Todd Howard at last year’s E3 convention, revealed that the mobile game was coming to Tesla Arcade. This was met with much enthusiasm from the gaming community, as it showed that Tesla is starting to include premier titles to its in-vehicle gaming platform.

As per the update’s Release Notes, “Fallout Shelter puts you in control of a state-of-the-art underground Vault from Vault-Tec. Build the perfect Vault, keep your dwellers happy, and protect them from the dangers of the Wasteland.” To access the game, owners would need to tap “Entertainment” from the Application Launcher, followed by “Arcade” and “Fallout Shelter.”

Apart from Fallout Shelter’s release, update 2020.20 also included some new convenience features for Tesla Theater. The capability to stream videos from platforms such as YouTube and Netflix is something that is quite unique for Tesla’s electric cars, as it gives drivers and passengers a convenient way to pass the time while their vehicle is on Park.

That being said, Tesla Theater still has some areas for improvement, and a lot of it has to do with the feature’s controls. Prior to this update, controlling video streams required passengers to tap buttons on the infotainment display. But with 2020.20, drivers could play, pause, or skip videos using the steering wheel buttons. This makes Tesla Theater even more convenient to use.

Lastly, Tesla’s recent update also included improvements to TRAX, a music-making app that was rolled out last year. TRAX has gotten a number of improvements over the past few months, and this time, the automaker opted to add a piano roll view that would allow users to edit and fine tune notes on a track. This adds to the fun factor and actual usability of TRAX, which would most definitely be appreciated by Tesla’s more musically-inclined owners.

So far, it appears that Tesla’s 2020.20 update is being rolled out to members of the company’s early access fleet.