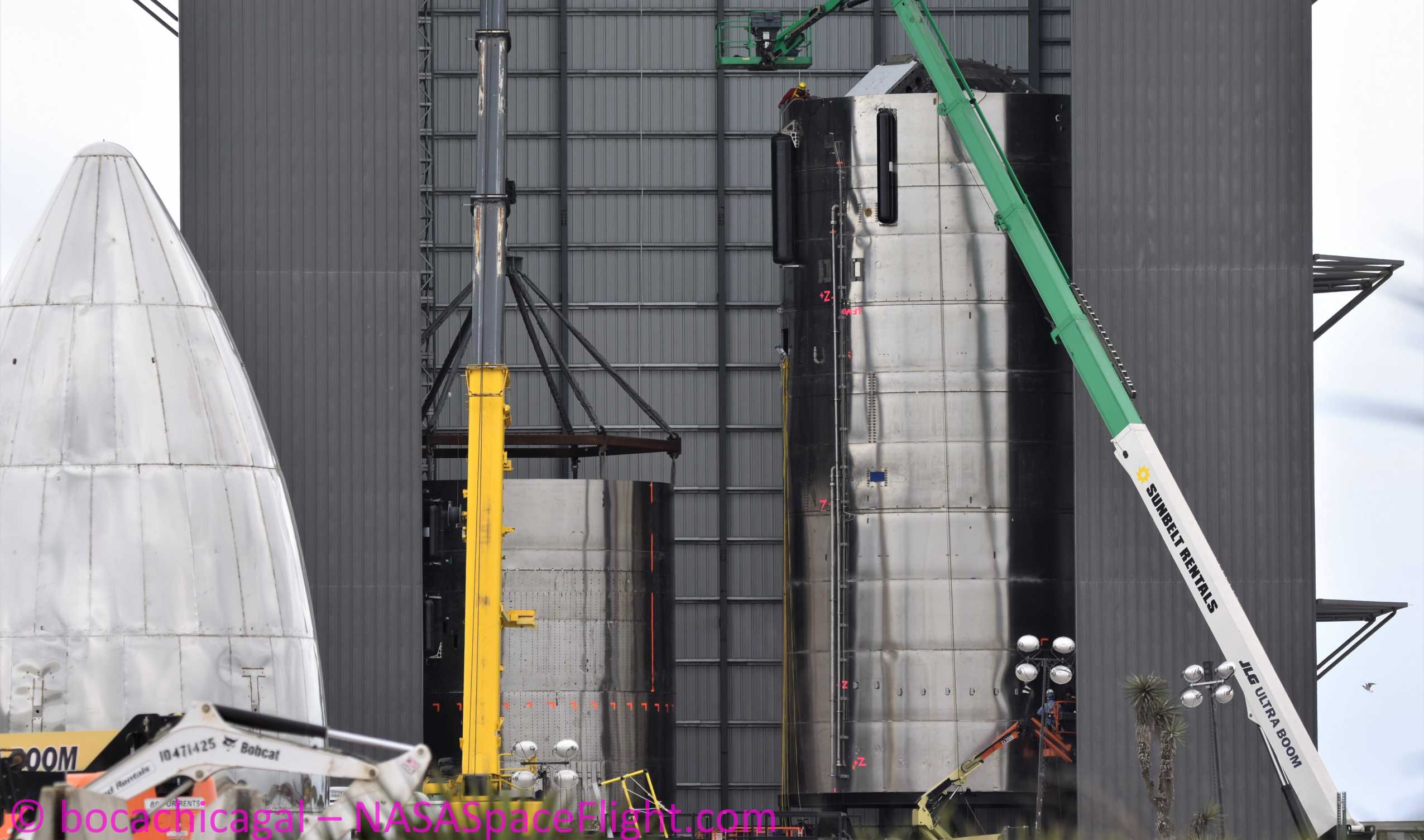 In his latest burst of tweets, SpaceX CEO Elon Musk says he isn’t all that worried about a duo of recent Starship prototype failures and talked next steps for the next few Starships.

Aside from SpaceX’s South Texas rocket factory, Musk also touched on progress being made on the cutting-edge Raptor engine set to power Starships and their boosters, revealing a small production milestone in the process. The CEO says that SpaceX has already begun building its 26th Raptor engine, a sign that Raptors may actually be waiting on Starships in a turn of events. Back when SpaceX was busy testing its low-fidelity Starhopper testbed, the ship actually had to wait several months for the full-scale Raptor engine’s design to mature enough to support 15-30+ second hop tests.

Now, Musk’s Raptor SN26 reveal implies that SpaceX is slowly but surely ramping up production of the new engine back at its Hawthorne, California headquarters.

From August to December 2019, SpaceX completed one Raptor engine every ~17 days, on average. With Musk’s confirmation that SpaceX is currently building (or already testing) SN26, the company is completing an engine every 12-14 days – an overall improvement of 20-40%. In other words, SpaceX’s growing engine production capacity is almost perfectly positioned to support a fleet of suborbital Starship prototypes, which is about where the company’s Boca Chica, Texas factory is today.

Obviously, following two recent full-scale Starship prototype failures spaced barely a month apart, rocket production has a ways to go before it will need the volume of Raptor engines SpaceX appears to already be capable of producing. For the time being, three Raptor engines – having already completed production in Hawthorne and acceptance testing in McGregor, Texas – are quite literally sitting around and gathering dust as they wait for the first Starship prototype qualified to host them.

Once a Starship passes proof testing, SpaceX will be able to install either one or all three engines for an inaugural static fire test, following by a small Starhopper-class hop (no higher than 150m or 500 ft).

However, once SpaceX has explored the full range of testing available to suborbital Starship prototypes, things will change. Likely ending with the first one or several successful ‘skydiver-style’ rocket landing tests, SpaceX will finally be able to seriously think about its first orbital flight tests. To reach orbit and still be capable of returning to Earth and landing softly, Starship will need a Super Heavy booster – set to be the largest rocket booster ever developed by a large margin.

Although Musk has stated that early orbital flight tests will likely launch with far fewer engines, a single Super Heavy booster could eventually require 37 Raptor engines – a full 42% more engines than SpaceX has managed to build in the entire 15+ month history of full-scale Raptor production.

Thankfully, SpaceX’s engine production HQ likely has at least 6-12 months to ramp up production to support fully-outfitted Super Heavy boosters – let alone several. For the time being, each suborbital Starship only needs 3 sea level-optimized Raptor engines, although it’s possible that SpaceX will eventually perform suborbital tests with a full compliment of six engines – including three with much larger vacuum-optimized nozzles.

Ultimately, Musk explained that his lack of concern about recent Starship prototype failures – potentially including any anomalies that follow SN4’s test campaign – comes from the fact that he believes that producing Starships is a much more challenging and pressing concern. Indeed, if your factory can churn out functioning building-sized spacecraft for pennies on the dollar, losing a few during testing is little more than an annoyance. The first failed prototypes can thus be considered learning experiences, helping SpaceX improve designs and optimize the factory and production strategies. SpaceX does still need to prove that its existing approach really can build functioning rockets, but that should (in theory) come with enough trial and error.

Depending on how initial tests go with Starship Serial Number 4 (SN4), likely days away from wrapping up production, Musk says that the first few suborbital Starship tests will likely involve short, low-velocity hops. Those flights will be slow enough that the ship (or ships) wont require aerodynamic control surfaces to complete them, instead relying entirely on smaller thrusters and the thrust vector control (TVC) provided by their three main Raptor engines.

If Starship SN4 testing – including wet dress rehearsals, Raptor static fires, and short hops – goes perfectly, Musk says that Starship SN5 could be the first new ship to have fully-functional flaps installed. If things don’t go quite as well, that milestone could shift to Starship SN6, while SN7 and beyond are obviously on the table in the event of even less forgiving SN4/SN5 testing scenarios. For now, Starship SN4 could be ready to move to the launch pad and kick off a series of critical proof tests a handful of days from now.