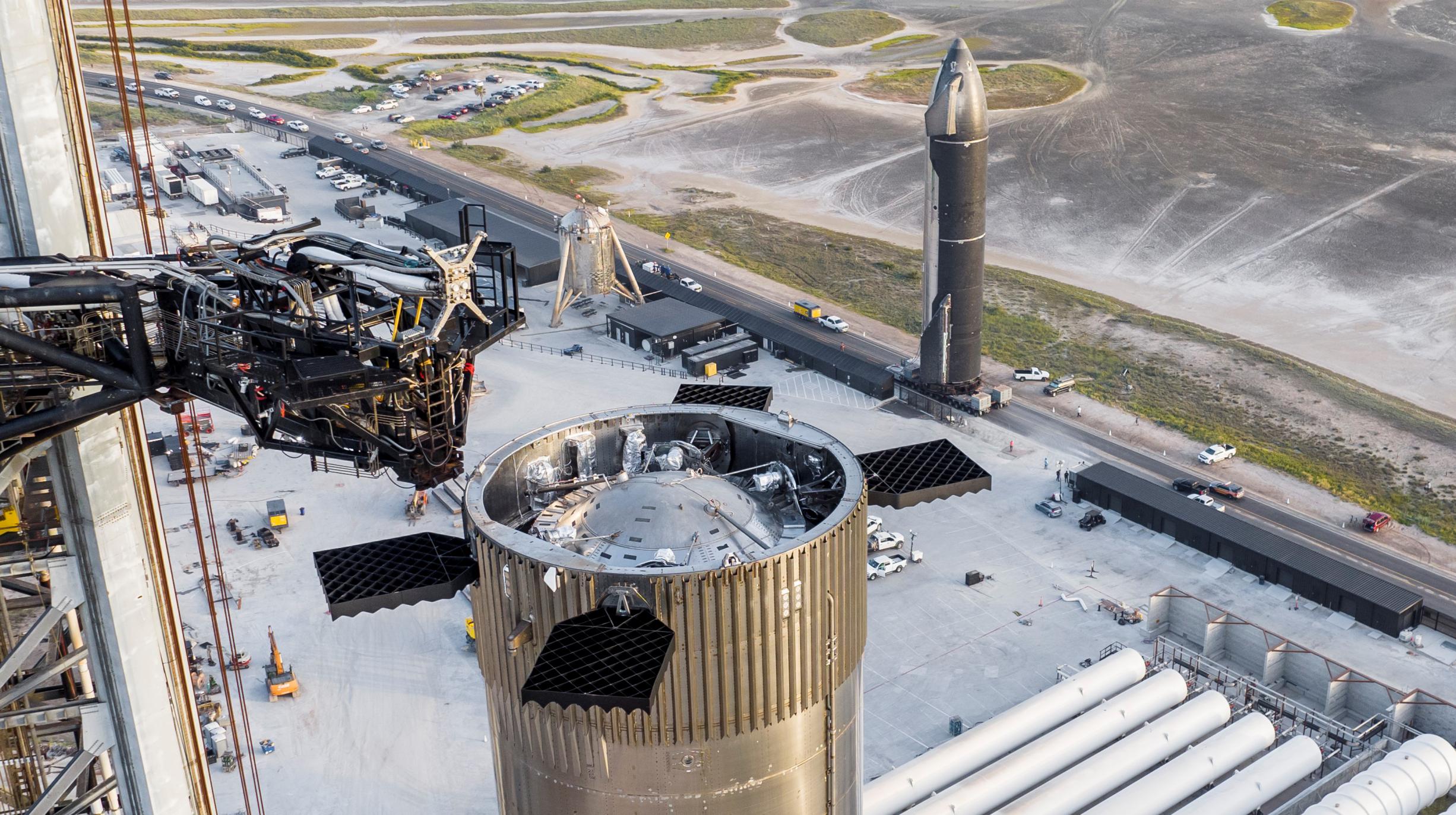 CEO Elon Musk says that SpaceX’s first successful orbital Starship launch will “probably [occur] between 1 and 12 months from now,” revealing a surprising amount about the near future of the next-generation rocket program in a short tweet.

The famously (over)optimistic CEO’s latest Starship schedule estimate is uncharacteristically cautious, hedged, and open-ended while simultaneously setting some reasonable expectations about the likelihood of success.

First publicly unveiled in September 2016, the fully-reusable, next-generation rocket that eventually became today’s stainless steel Starship was tentatively scheduled to begin orbital flight testing in 2020. About two years after that first announcement, CEO Elon Musk unexpectedly sacrificed years of development work on Starship structures when he decided to replace the rocket’s carbon fiber composite airframe with stainless steel. Years later, it’s still hard to say if that decision was the right one, but Starship development has been surprisingly unperturbed by such an immense last-second design change.

While Musk was saying almost the same thing 12 months ago, the CEO now believes that Starship’s first orbital launch attempt could happen as early as next month – September 2022. Simultaneously, Musk believes that the first orbital launch attempt could be “successful,” although it’s not entirely clear how he defines “success.” Less optimistically, his August 2nd tweet also implies that he wouldn’t be surprised if it takes SpaceX a year and multiple attempts to achieve Starship’s first successful orbital launch.

It’s even possible to interpret his tweet as a warning that Starship’s first orbital launch – while more likely to be successful – could be up to 12 months away.

Somewhere in the middle (4-8 months from now) is a more reasonable bet for Starship’s first successful orbital launch. As of early August, no aspect of recent Starship or Super Heavy booster testing is particularly encouraging for a hypothetical September launch attempt: Super Heavy Booster 7 is still in the middle of repairs after surviving an accidental explosion, and Starship 24’s latest round of testing – while not yet destructive – has been sluggish.

If SpaceX (beginning on August 3rd) abruptly flips a switch and starts to test Ship 24 with some degree of urgency, it’s possible that the Starship could be cleared for the first orbital launch attempt by the end of August. Super Heavy is a much larger hurdle. Aside from the apparent removal of all of Booster 7’s 33 Raptor engines, which will likely take weeks to reinstall and re-cover, its status is somewhat ambiguous. If SpaceX decides to fast-track Booster 8, which is nearly ready for engine-less proof testing, the Super Heavy side of Starship’s orbital launch debut is probably at least two or three months away from flight readiness.

Realistically, assuming SpaceX isn’t going to take a massive risk and try to launch an unqualified or minimally qualified rocket, Starship’s first orbital launch attempt is unlikely to occur before October or November. It’s even harder to estimate whether Starship’s first full launch will be successful. If “success” is defined by simply reaching orbit or deploying a few next-generation Starlink satellites in orbit, SpaceX’s odds are not terrible. If success includes a Super Heavy booster catch and Starship surviving its first orbital reentry, they trend towards slim to none.

Perhaps SpaceX will defy the odds. Up next, Starship S24 is expected to begin static fire testing as early as August 3rd or 4th.