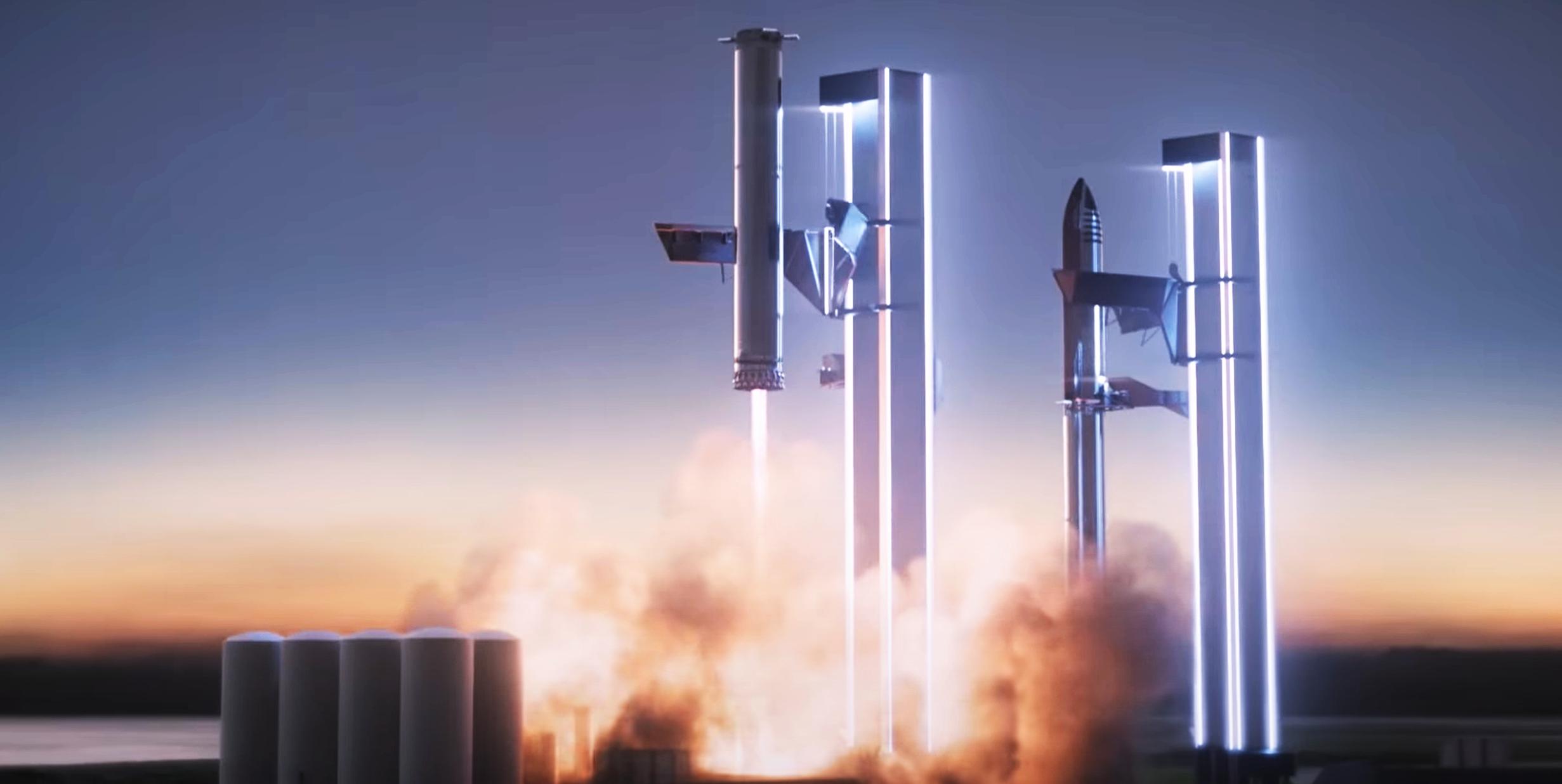 An updated document submitted by SpaceX to the US Federal Communications Commission (FCC) has revealed details about the company’s plan for the first Starship booster ‘catch’ attempt.

The document follows a different batch submitted by SpaceX in June 2021, when the company detailed its plans for Starship’s orbital launch debut as background while requesting permission from the FCC to use Starlink dishes for in-flight telemetry. A month earlier, a different request focused on more standard telemetry antennas had already revealed that even if the mission went perfectly, Starship would not fully reach orbit on its first attempted spaceflight. It also confirmed that SpaceX had no intention of recovering the upper stage or Super Heavy booster assigned to Starship’s launch debut – a sort of implicit acknowledgment that success was (then) not expected on the first try.

Twelve months later, SpaceX has submitted an updated overview of Starship’s orbital launch debut in a new request for permission to use multiple Starlink dishes on both stages. While most of the document is the same, a few particular details have changed about Super Heavy’s role in the mission.

This time around, SpaceX says that the Super Heavy booster will “will separate[,] perform a partial return[,] and land in the Gulf of Mexico or return to Starbase and be caught by the launch tower.” Prior to this document, SpaceX’s best-case plans for the first Super Heavy booster to launch never strayed from a controlled splashdown in the Gulf of Mexico – potentially demonstrating that it would be safe to attempt booster recovery on the next launch but all but guaranteeing that the first booster would be lost at sea.

A year later, SpaceX appears to be a bit more confident and wants to leave itself the option to attempt to recover the first Super Heavy booster that launches. However, the company has dramatically complicated the process of testing early Super Heavy and Starship recovery (and thus reuse) by fully removing traditional and predictable landing legs and designing its latest prototypes such that the only way they can be recovered in one piece is with a giant mechanized ‘launch tower’ nicknamed Mechazilla.

The launch tower and its three mobile arms will play a crucial role in all aspects of orbital Starship launches. The first arm swings out to brace Super Heavy for Starship installation and connect the upper stage to power, propellant supplies, and other launch pad utilities. A more exotic pair of arms nicknamed ‘chopsticks’ has a more complex job. On top of using the chopsticks to lift, stack, and demate Starships and Super Heavy boosters and almost any weather and wind conditions, SpaceX wants to use the arms as an incredibly complex and precarious rocket recovery system.

For a booster or Starship “catch,” the rocket will approach the tower, enter the gap between the splayed arms, hover in place while the arms close around it, and eventually come to rest on hardpoints that appear to offer about as much surface area as a coffee table. Based on a simulation of the process shown by Elon Musk, calling it a “catch” is a misnomer, as the arms will mainly move in one dimension (open/close) and can’t actually ‘grab’ the rocket in any real sense. As built and shown, they are closer to a tiny fixed landing platform capable of minor last-second positional adjustments.

Eventually, the chopsticks could shave a small amount of time off of post-recovery processing, removing the need for a crane (or the same arms) to attach to a landed booster or ship. They could also shave off the dry mass required for landing legs, though all interplanetary ships will still need legs. However, they will also inherently make proving their own efficacy a nightmare. By all appearances, the current recovery mechanisms on the arms and the landing hardpoints on ships and boosters mean that a ‘catch’ could fail if either stage is more than a foot or two from a perfect bullseye or rotated a few degrees in the wrong direction. With the method SpaceX has devised, even the tiniest error could easily end with a massive, pressurized, partially-fueled rocket destroying the chopsticks and plummeting a few hundred feet to the ground, guaranteeing an explosion that could damage surrounding infrastructure or start fires that might.

In the event of larger anomalies during a landing attempt, Starship or Super Heavy could accidentally impact the launch tower, damaging or even outright destroying the skyscraper-sized structure. Ultimately, the immense risk posed by any catch attempt means that unless SpaceX has miraculously gotten the design of everything involved nearly perfect on its first try, the company will have to be extraordinarily cautious and expend a large number of ships and boosters to avoid rendering its only Starship launch tower unusable.

At least to some extent, SpaceX likely knows this and Super Heavy would likely need to be in excellent health and perform perfectly during the ascent and boostback portions of its launch debut to be cleared for a catch attempt. Ultimately, Starship’s first orbital launch could end up being even more of a spectacle than it’s already guaranteed to be.