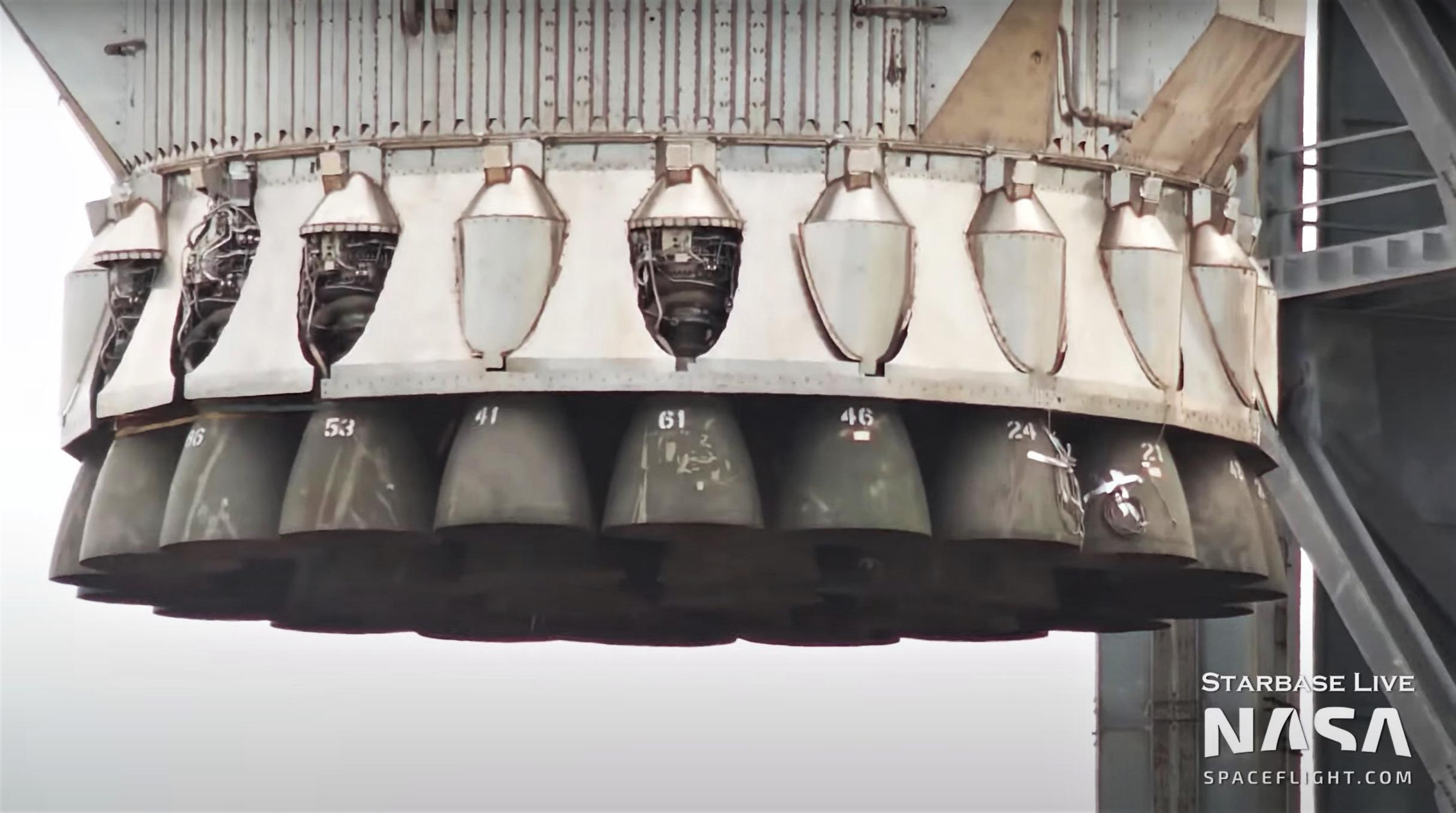 Fireball sends SpaceX Super Heavy booster back to the factory

SpaceX has returned an upgraded Super Heavy booster to the factory after an unexpected explosion and fireball caused “minor” damage during testing.

CEO Elon Musk first revealed that the company would need to remove the rocket from Starbase’s orbital launch pad for inspections and repairs on July 13th, about a day and a half after the anomaly. On July 11th, during what may have been a partial wet dress rehearsal (WDR), a dispersed cloud of methane gas found an accidental ignition source and exploded with a force that at least one observer estimated was equivalent to several pounds of TNT. Several nail-biting hours of uncertainty followed, during which SpaceX attempted to empty Super Heavy Booster 7 of its propellant (and explosive potential) and regain control of the situation, while simultaneously trying to avoid stoking a fire that started at the pad.

With a heaping serving of luck, Booster 7 made it through the event (mostly) intact. Now SpaceX must take a close appraisal of the rocket and situation and decide how to proceed.

Musk, as always, has put his optimistic face forward on Twitter and in a direct response to Reuters. According to an email sent shortly after an early in-person post-anomaly inspection, Musk stated that Booster 7 could return “to the launch stand probably next week” – implying that any damage suffered was extremely minor. By the time Super Heavy was removed from the launch mount the next day (July 14th), however, it became clear that the situation wasn’t quite as optimal.

Instead, Booster 7’s aft engine section was clearly damaged, with some of the dozens of thermal protection panels enclosing 33 Raptor engines apparently torn off or knocked askew by the July 11th blast. Given the tight fit and relatively heavy-duty nature of some of those panels, deformation could easily damage some of the more sensitive plumbing and components on Raptor engines. The day prior, teams spent hours tearing out unexpectedly fragile components of Booster 7’s hidden aft heat shielding and even removed and replaced one of its Raptors in-situ.

More likely than not, all Raptor engines with minor damage can be repaired and reused on a future booster. The explosion may also give SpaceX invaluable data that can be used to improve the durability and performance of Raptor and Super Heavy’s heat shield. Nonetheless, a methodical inspection of Booster 7’s aft end could easily take a week or two. If more chronic damage is discovered or the whole aft heat shield or a large number of Raptors need to be removed and replaced, the hiatus could grow to a month or more.

Following Booster 7’s July 15th return to the Starbase factory, SpaceX appears to have begun removing more Raptor engines on July 17th, kicking off a phase that will hopefully be heavy on encouraging inspection results and light on substantial repairs. If it turns out that the Super Heavy prototype is mostly in great shape after such a violent anomaly, it would bode well for the rocket’s durability during future ground and flight testing. If it did not fare well, SpaceX may need to seriously reconsider whether Booster 7 is fit to support Starship’s orbital launch debut or even proceed into static fire testing.

Either way, SpaceX recently finished stacking Super Heavy Booster 8. If it’s made a priority, the newest prototype could be made ready to take over where Booster 7 left off within a few weeks. Alternatively, it could even join a repaired Booster 7 at the launch pad for basic proof testing while its predecessor attempts to restart its first static fire campaign. Simultaneously, Starship S24 is almost ready to begin its own static fire test campaign, guaranteeing an eventful and hardware-rich period at Starbase after several months of relative inaction.

Fireball sends SpaceX Super Heavy booster back to the factory