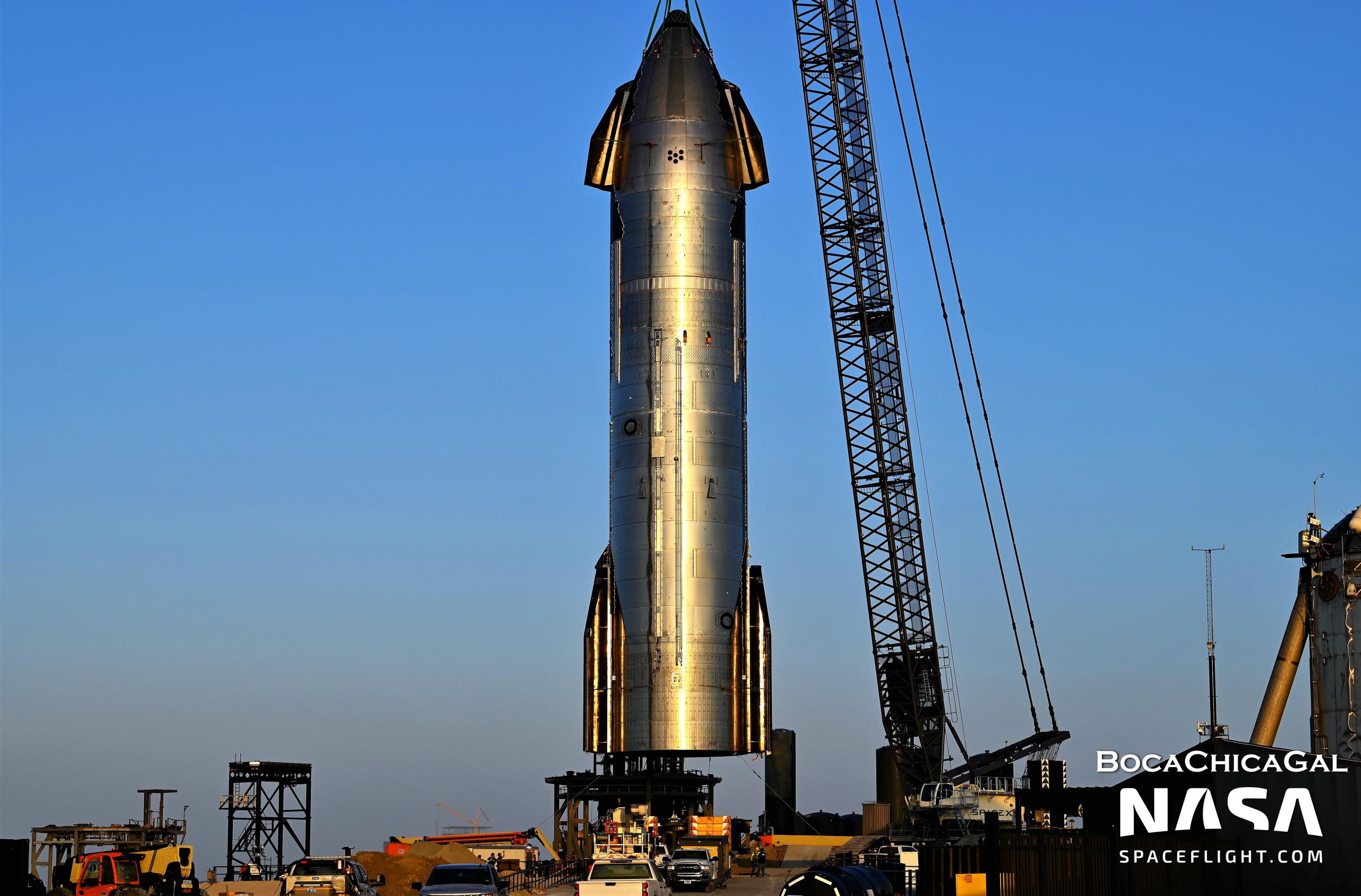 A SpaceX Starship prototype that could become the first to launch into space has returned to the company’s Starbase rocket factory after completing a series of thorough proof tests.

Starship S24’s test campaign got off to a rough start when the roughly nine-meter (30 ft) wide, 50-meter (~165 ft) tall rocket blew a high-pressure pipe during its very first test – a generally benign ‘pneumatic proof.’ While it appears that most of the ship passed the test, the burst pipe damaged a section of the heat shield and took several days of continuous work to repair and replace. With that hiccup behind it, however, Ship 24 appears to have performed excellently during the next two phases.

On June 1st, the ship fully passed pneumatic proof testing on the second try. On June 2nd, it completed its first cryogenic proof test, referring to the process of filling and pressurizing Starship’s tanks with liquid nitrogen – ultra-cold like its methane and oxygen propellant but without the risk of fire or explosion. Once the basics were out of the way, Ship 24 was cleared for installation on one of two of SpaceX’s suborbital Starship test and launch pads. Over the course of about two months, Pad A was significantly modified both to support Ship 24’s upgraded design and to put it to the test by using giant hydraulic rams to simulate the thrust of Raptor engines.

Ship 24 was installed on the modified mount on June 4th, just 12 hours after completing its first cryoproof. On June 6th and 7th, SpaceX then put the prototype through another pair of cryogenic proof tests, both of which appeared to be completed without issue on the first try. The first test even saw Ship 24 use its nose vents, suggesting that SpaceX may have filled and pressurized both its main tanks and a smaller pair of landing propellant or ‘header’ tanks.

At some point during either or both of the Pad A cryoproofs, it’s believed that the mount’s hydraulic rams were used to test Ship 24’s upgraded aft end by simulating the thrust of six Raptor engines. Like Ship 20, Ship 24 will eventually be outfitted with three smaller sea level-optimized Raptors and three larger vacuum-optimized Raptors. However, Ship 24 will be the first Starship to use new Raptor 2 engines, which are capable of generating almost 25% more thrust. At full throttle, Ship 24 could theoretically produce almost 1400 tons (~3.1M lbf) of thrust at sea level, just shy of twice the thrust of an entire Falcon 9 booster. Starship will be the most powerful orbital spacecraft in history.

First, though, the rocket needs engines. After completing all three cryoproof tests without apparent issue, SpaceX removed Ship 24 from Pad A and transported it back to the Starbase factory on June 9th. While it’s not actually clear if those tests were fully successful, the general assumption is that SpaceX returned the prototype to the factory to fill gaps in its heat shield; complete its aerocovers and raceway; and, most importantly, install six Raptor 2 engines.

If that is the case, Ship 24’s second trip to the launch site could be for wet dress rehearsal and static fire testing – a campaign that could ultimately qualify the ship for Starship’s first orbital launch attempt.