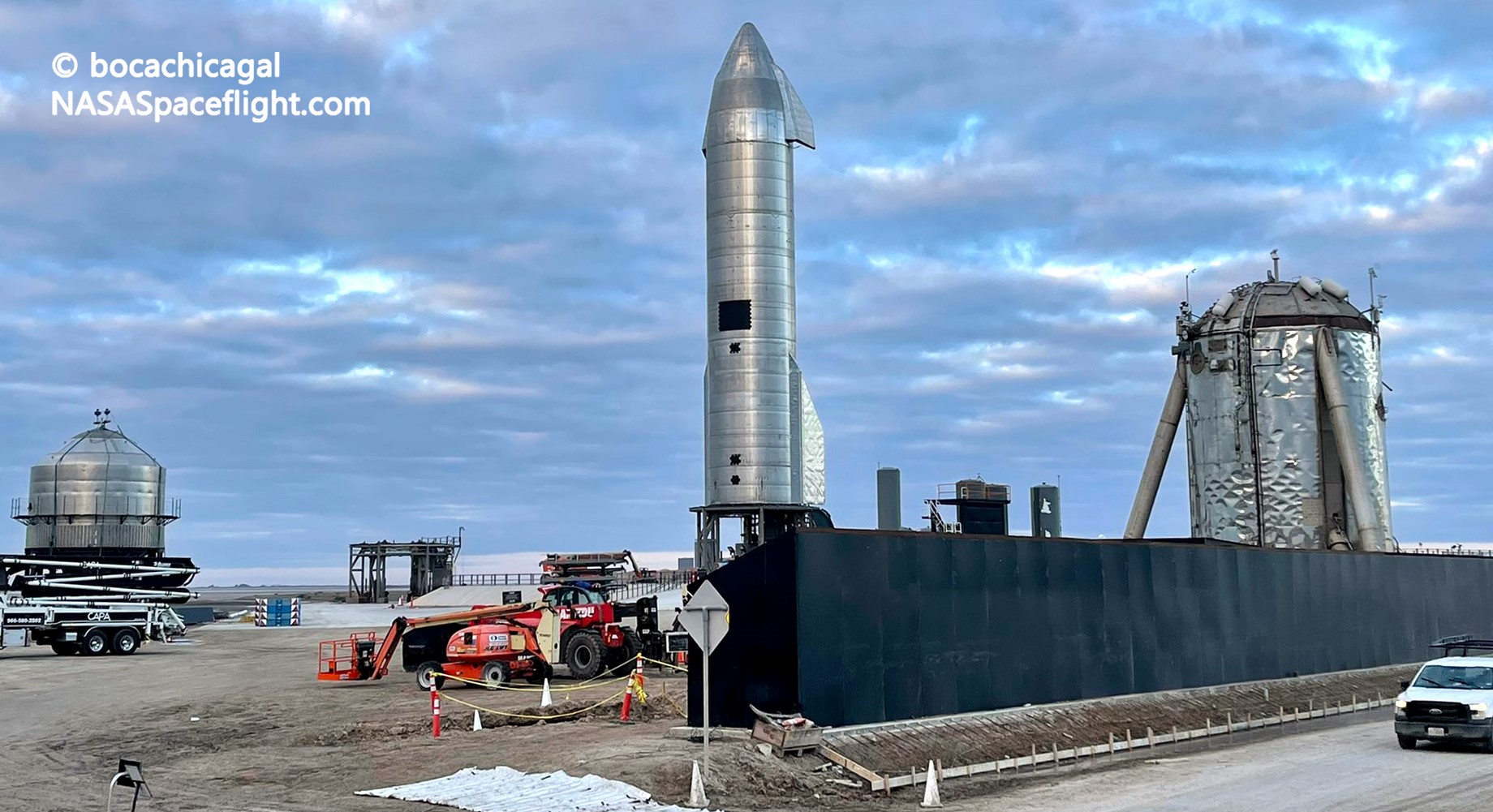 Elon Musk says that there's a "good chance of [Starship SN10] flying this week" after myriad issues outside of SpaceX's control caused more than a week of delays. (NASASpaceflight - bocachicagal)

The third full-scale, full-height Starship completed by SpaceX since Starship SN8 rolled from factory to launch pad in October 2020, Starship SN10 is the second to last in a series of four similar prototypes built for the sole purpose of proving out an unprecedented method of landing rockets. On its December 8th debut, Starship SN8 – the first prototype to launch with a nose, flaps, three Raptor engines, and a high-altitude apogee target – made it far closer to total success than almost anyone expected.

After more than six minutes of flawless flight, breaking all kinds of records for Starship’s Raptor engine and achieving multiple ‘firsts,’ an unexpected issue with tank pressurization caused SN8 to lose thrust and impact the ground at speed just 10-20 seconds before a planned soft landing. Less than two months later, Starship SN9 – virtually identical – attempted an identical 10 km (6.2 mi) launch and landing, only to fail around the same time as SN8 – albeit for different reasons.

Already installed on a second launch mount when Starship SN9 lifted off, SN10 is thus tasked with avoiding the ‘header tank’ pressurization issue that doomed SN8 and the Raptor reignition failure that doomed SN9. If SpaceX has rectified those two or three critical issues in the weeks since, SN10 arguably has the best chance yet of successfully touching down in one piece.

If SN10 fails to stick the landing, SpaceX has yet another Starship – SN11 – more or less complete and ready to roll to the launch pad to pick up wherever its predecessor leaves off. Due to the wholly unexpected degree to which Starship SN8 beat expectations, SpaceX appeared to scrap plans to build Starships SN12, 13, and 14 – quite literally in the case of SN12.

Prior to launch, Starship SN10 still needs to complete a healthy three-engine static fire test that was delayed from last week to no earlier than Monday, February 22nd. Backup windows are available on Tuesday and Wednesday. If Starship SN10 can fire up its Raptor engines without issue at some point in that three-day period, odds are good that SpaceX will be able to squeeze in at least one or two launch attempts before the weekend.