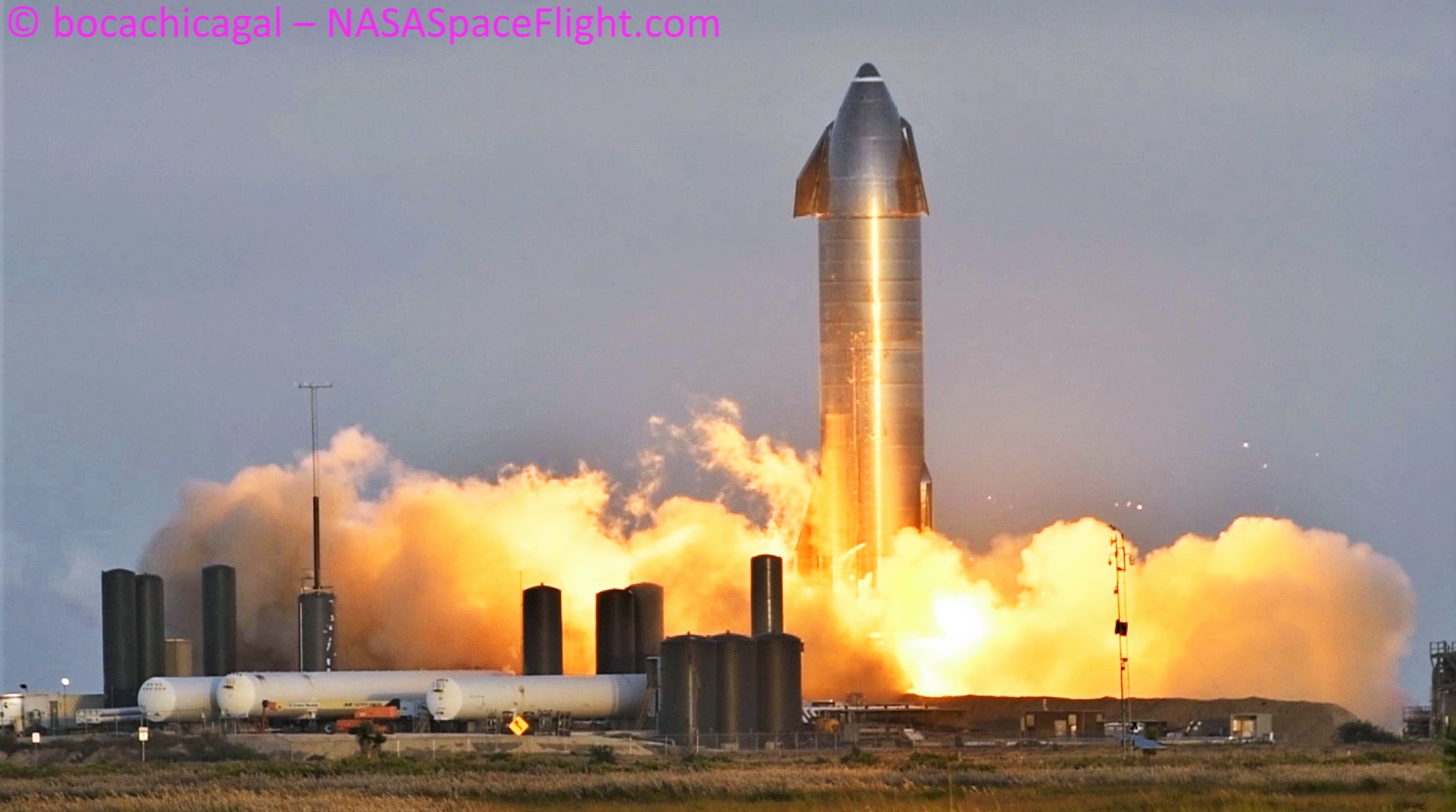 Starship SN10 - virtually identical to Starship SN8, pictured here - is back on the calendar for its first static fire attempt. (NASASpaceflight - bocachicagal)

After extreme weather and a once-in-a-decade cold snap ground SpaceX’s Starship launch preparations to a halt, the company’s next critical preflight test is back on the calendar.

SpaceX received permission to close Boca Chica Boulevard from 9 am to 6 pm CST (UTC-6) on Monday, February 22nd, with identical backup windows available on Tuesday and Wednesday. An agreement with Cameron County currently requires SpaceX to avoid road closures (and thus testing) on weekends – a compromise to preserve some level of access to Boca Chica’s public beaches for local residents.

Over the last several days, Texas has been in the throes of an unusual – but far from unprecedented – cold snap. With temperatures well below freezing in many regions and snow building up for the first time in years, the state’s systematically dysfunctional power grid – intentionally separated from the rest of the US grid and effectively left to the “free market” wolves – almost instantly collapsed. Effectively unregulated, patchwork utilities and power companies left to their own devices unsurprisingly chose to save money and maximize profits in the short term by deploying non-winterized powerlines, substations, and power plants.

It’s a ‘mistake’ – really more of an intentional design flaw – that’s been repeated twice before and as recently as 2011. Once again, power outages have mostly been caused by a lack of winterization at natural gas and coal-fired power plants throughout Texas, which forced the state’s so-called Electric Reliability Council (ERCOT) to enforce systematic rolling blackouts. The state inexplicably went as far as allowing the same utilities and power companies whose conscious failures caused the outages to then raise gas and electricity prices to astronomic levels, resulting in bills on the order of thousands, tens of thousands, and even hundreds of thousands of dollars in a handful of days.

Additionally, the cold has shocked other Texan infrastructure, throwing no less than 1/50th of the entire American population into darkness and without running or potable water. SpaceX hasn’t been spared by any means and both Boca Chica and greater Brownsville have been subjected to multi-day power outages. SpaceX, however, has built up an extensive footprint for its growing Starship factory, including an installation of Tesla solar panels and Powerpack batteries that have likely helped keep the lights on, for the most part. SpaceX is even doing its best to save cold-stunned sea turtles, performing hundreds of rescues on its own and providing generators and help wherever possible.

“Like a ray from heaven, yesterday at 7:30 p.m. the site director and operations manager for SpaceX Boca Chica and two electricians and engineers from SpaceX showed up on our property with the largest generator I’ve ever seen,” Knight said. “And at 1:30 a.m. this morning, we turned the lights and the power on.”

(Trained SpaceX employees have also rescued some 850 of the turtles, Knight said, initially storing them in their gymnasium while coordinating transportation. SpaceX did not respond to a request for comment in time for publication.)

High winds, cold temperatures, and no guarantee that employees will be in a condition to work have meant that SpaceX’s rocket factory and latest Starship test campaign have both slowed considerably. Thankfully, weather-wise, next week is looking somewhat more positive as forecasts show winds dropping and temperatures rising well above freezing. With a little luck, SpaceX will be able to put Starship serial number 10 (SN10) through its first triple-Raptor static fire(s) and qualify the rocket for flight between Monday and Wednesday, potentially opening the door for a third high-altitude launch and landing attempt as early as the end of the week.