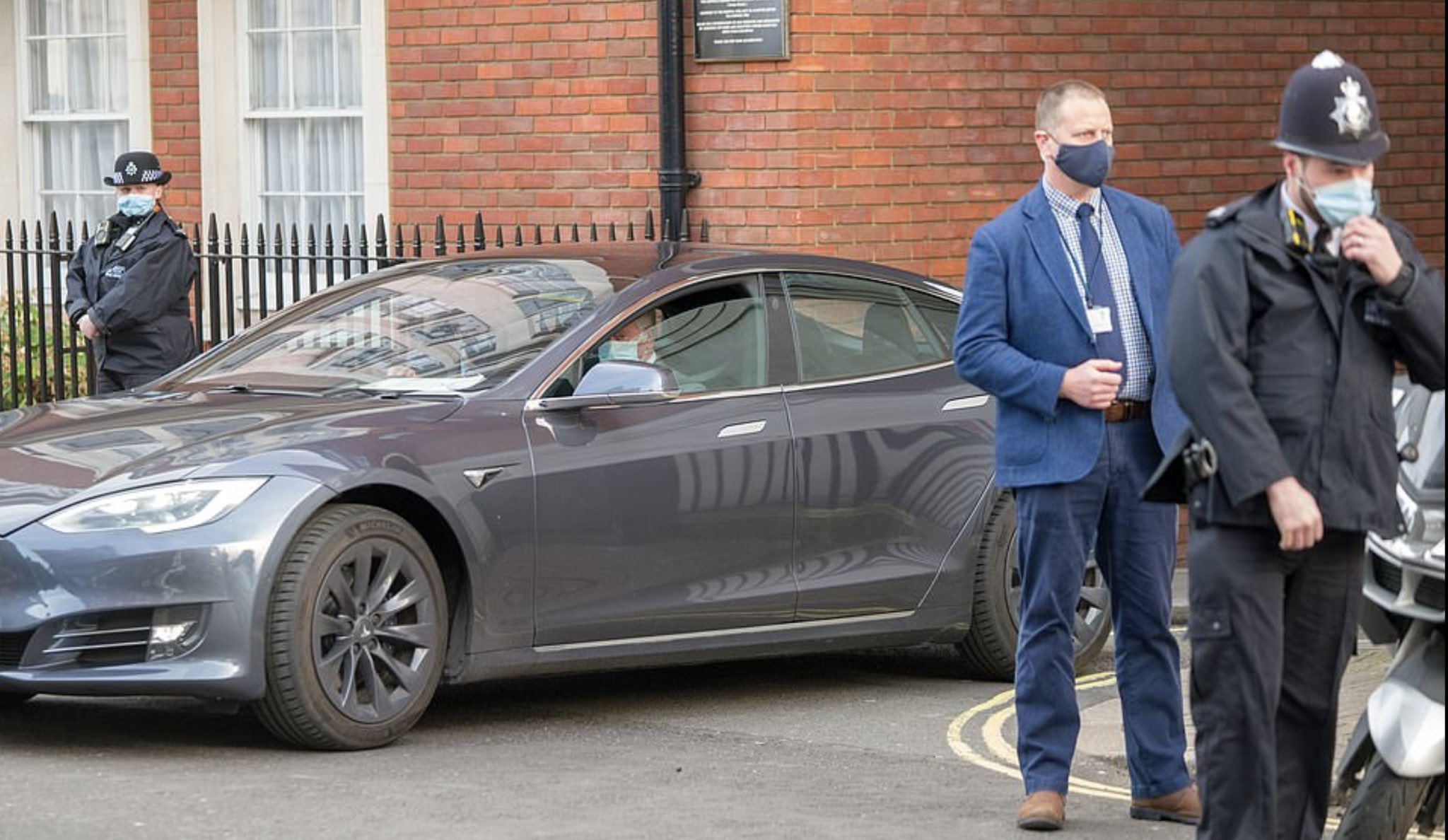 Prince Charles has launched a number of sustainability initiatives over the years, including the Sustainable Markets Initiative in 2019. Last month, the royal announced the Terra Carta, described as an “Earth Charter that puts sustainability at the heart of the private sector.”

His Royal Highness believes that a sustainable future can be achieved if the public and private sectors work together along with civil society. During his speech at the One Planet Summit, Prince Charles asked companies to contribute $10 million toward sustainable investment.

Companies like Tesla seem to align with Prince Charles’s support for a sustainable future, which may be why he was spotted driving a Model S on his way to visit his father, Prince Philip. The Tesla Model S may be the most appropriate green vehicle for royalty.

A map of the most sought-after luxury cars across the globe. The Tesla Model S is among the more prominent vehicles that made it on the list. (Credit: Money.co.uk)

According to a study about the most-searched-for luxury cars worldwide, the Tesla Model S beat iconic vehicles, including cars from bespoke automaker Rolls-Royce, which has been the royal family’s car of choice for decades. The study concluded that the Tesla Model S was the most sought-after luxury car in 29 countries.

In the United Kingdom, however, the Bentley Continental GT took the title of most-searched-for luxury car. In truth, Prince Charles could choose between a plethora of luxury vehicles in the country.

Although, in terms of cars that fit his stance on sustainability, the best contenders in the UK would be the Jaguar I-PACE which is from a British brand, and the Tesla Model S. In 2018, the royal purchased an I-PACE and test-drove a Tesla Model S.

A picture of Prince Charles and Kimbal Musk standing in front of a Tesla Model S was taken a few years ago back when the royal was said to be looking for electric vehicles to add to his collection. Prince Charles has been steadily transitioning his personal car fleet to more sustainable vehicles for some time now.