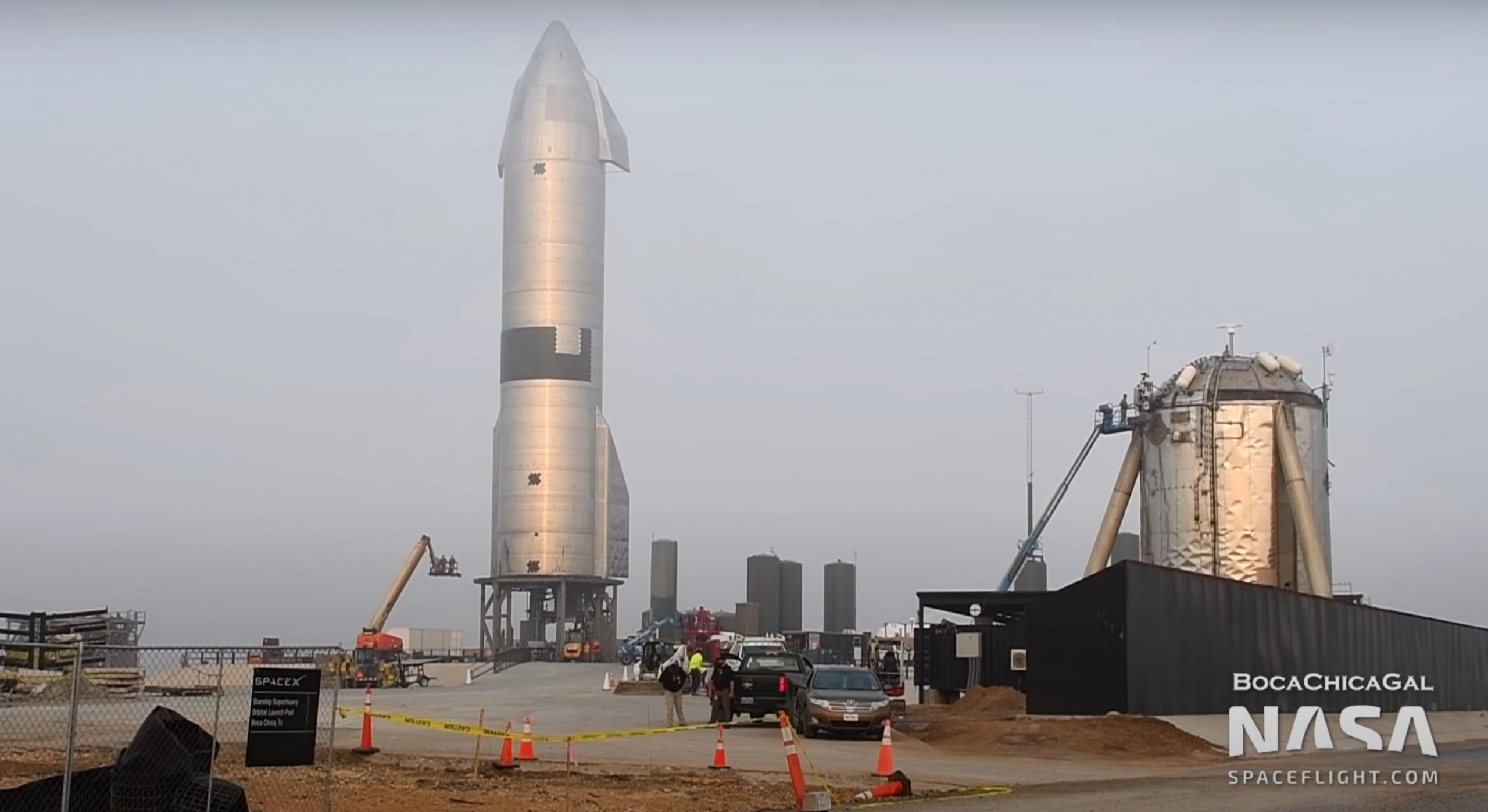 Update: As expected, SpaceX has scheduled a road closure on Monday, April 19th – most likely for Starship SN15’s first static fire attempt. The installation of three Raptors could begin at any point over the next three days and generally takes a matter of hours.

CEO Elon Musk says that SpaceX is “aiming to launch” its fifth high-altitude Starship test flight as early as next week, continuing a more or less monthly cadence.

Building off of the successes and learning from the unique failures of Starship prototypes SN8, SN9, SN10, and SN11, SpaceX’s next test flight arguably has the best chance of success yet. That’s thanks in large part to the introduction of “hundreds of improvements” on Starship SN15 – many of which will hopefully address the shortcomings that ultimately destroyed all four of its predecessors.

As of April 15th, SpaceX has canceled road closures on Thursday and Friday, leaving no closures (i.e. testing windows) active – an exceedingly rare occurrence in Boca Chica, Texas. Earlier this week, Starship SN15 appeared to complete cryogenic proof and thrust puck stress tests on Monday, standing up to the thermal stresses of (simulated) cryogenic propellant, the tank pressures required for flight (>6 bar or 90 psi), and the thrust of three Raptor engines.

On Wednesday, SpaceX removed a steel structure fitted with hydraulic rams – used to simulate Raptor thrust – and performed a similar cryogenic proof test later that evening. Instead of testing SN15’s main tanks, though, the second round focused on Starship’s secondary header tanks – meant to store propellant specifically for landing. The results of both tests are unclear but the removal of the ram structure does suggest that the main cryo proof was successful enough that it doesn’t need to be repeated.

With those tests seemingly out of the way, Starship SN15 has just one or two major hurdles standing between it and a launch attempt next week. Notably, because it was the first prototype since SN8 to incorporate hydraulic ram thrust puck testing into its cryo proof, SN15 didn’t roll to the launch pad with Raptor engines already installed. Assuming SpaceX wants to continue testing as soon as possible (i.e. Monday), the company now has around three and a half days to install three Raptor engines.

That should be no problem whatsoever, though Musk has said that SN15 will be the first Starship prototype to fly with upgraded Raptor engines. Depending on how significant those upgrades are, SN15’s Raptor installation process could be longer than usual as engine technicians and engineers install them on a Starship prototype for the first time.