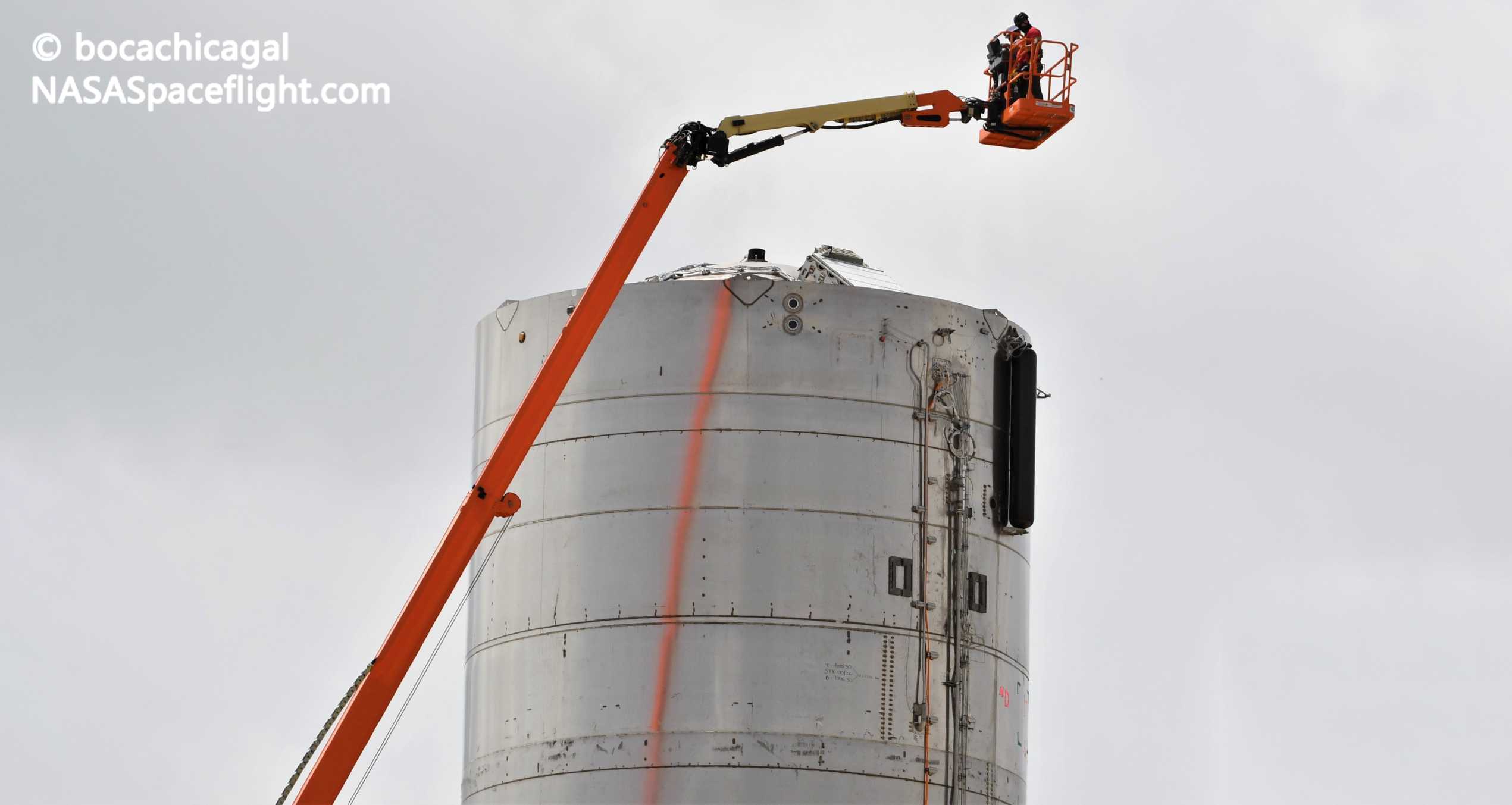 SpaceX’s fifth full-scale Starship prototype is fast approaching its first Raptor static fire tests after the company recently delivered one of the newest engines to the launch site.

Known as Starship SN5, the ship is the fifth SpaceX has built since full-scale prototype development began in early 2019, as well as the fourth full-scale ship the company has completed since it began producing upgraded hardware in January 2020. SN5 rolled from SpaceX’s Boca Chica, Texas rocket factory to nearby test and launch facilities on June 24th, less than a month after Starship SN4 was destroyed by operator error minutes after completing its fourth Raptor static fire in four weeks.

While Starship SN5 was already more or less complete, SN4’s explosive demise damaged the launch mount (used to secure and fuel prototypes) beyond repair, forcing SpaceX to rapidly build and outfit a replacement. SpaceX finished that replacement mount around June 20th, installed SN5 on it a few days later, and then spent about a week finalizing and inspecting both components.

After barely a month of downtime, Starship SN5 kicked off its first gauntlet of tests late on June 30th, carrying on into the early morning of July 1st. As usual, SpaceX began with an ambient-temperature pressure test, filling Starship’s tanks with neutral nitrogen gas to check for leaks. This time around, SN5 must have been put together with exceptional care, as the company was able to immediately proceed into the ship’s first cryogenic proof test just a few hours later.

CEO Elon Musk has yet to offer any confirmation but the implication is that SN5 performed beautifully during its first liquid nitrogen proof test. Notably, based on NASASpaceflight.com’s excellent unofficial coverage, SN5’s cryo proof was uniquely ambitious. It’s unclear what if the test infrastructure, SN5, general confidence in the vehicle, or some combination of the above components were upgraded, but SpaceX appeared to load Starship SN5 with liquid nitrogen incredibly quickly, taking just 20-30 minutes to fully fuel the rocket. Given that all of that liquid nitrogen (some 1000+ metric tons or ~3.2 million gallons) is being loaded through a single “quick disconnect” panel, it’s no mean feat and far outweighs SpaceX’s already speedy Falcon 9 and Heavy propellant loading.

SpaceX is famously the only current launch vehicle operator known to “sub-cool” its rockets’ propellant, effectively squeezing a performance boost of 5-10% out of the same rocket hardware by making said propellant colder – and thus denser. That performance increase comes with tradeoffs, though, adding significantly tighter operational constraints, lowering delay tolerances, and necessitating an extremely quick propellant load. Sub-cooled liquid oxygen and methane has always been part of SpaceX’s plans for Starship, so fast-load tests were inevitable, but it’s a great sign that the company is starting to seriously think about capabilities that will be necessary for efficient orbital launches.

Meanwhile, labeled “27”, the engine – logically assumed to be Raptor SN27 – SpaceX has just installed on Starship SN5 is also of interest. On top of Musk’s recent confirmation that SpaceX is already building Raptor SN30 (probably SN31 or SN32, now), SN27’s assignment to Starship SN5 confirms that the company has managed to complete (and test) at least one next-generation engines every other week since the first full-scale engine shipped to McGregor, Texas in February 2019.

For a brand new engine as complex as Raptor, that’s an impressive production milestone. Per Musk, the end-goal is to produce at least one Raptor per day in the near term – a necessity given that each Starship and Super Heavy booster pair will require at least 37 engines. To feasibly build a fleet of tens – let alone hundreds or thousands – of Starships and boosters, one engine per day is arguably the bare minimum required just for early orbital launch attempts and initial operations.

According to published schedules, Starship SN5’s first live wet dress rehearsal (WDR) and static fire tests could happen as early July 8th, with backups on the 9th and 10th. Coincidentally, SpaceX’s next orbital Falcon 9 launch is also expected on the 8th, meaning that both Starship and Falcon 9 could fire up more or less simultaneously.