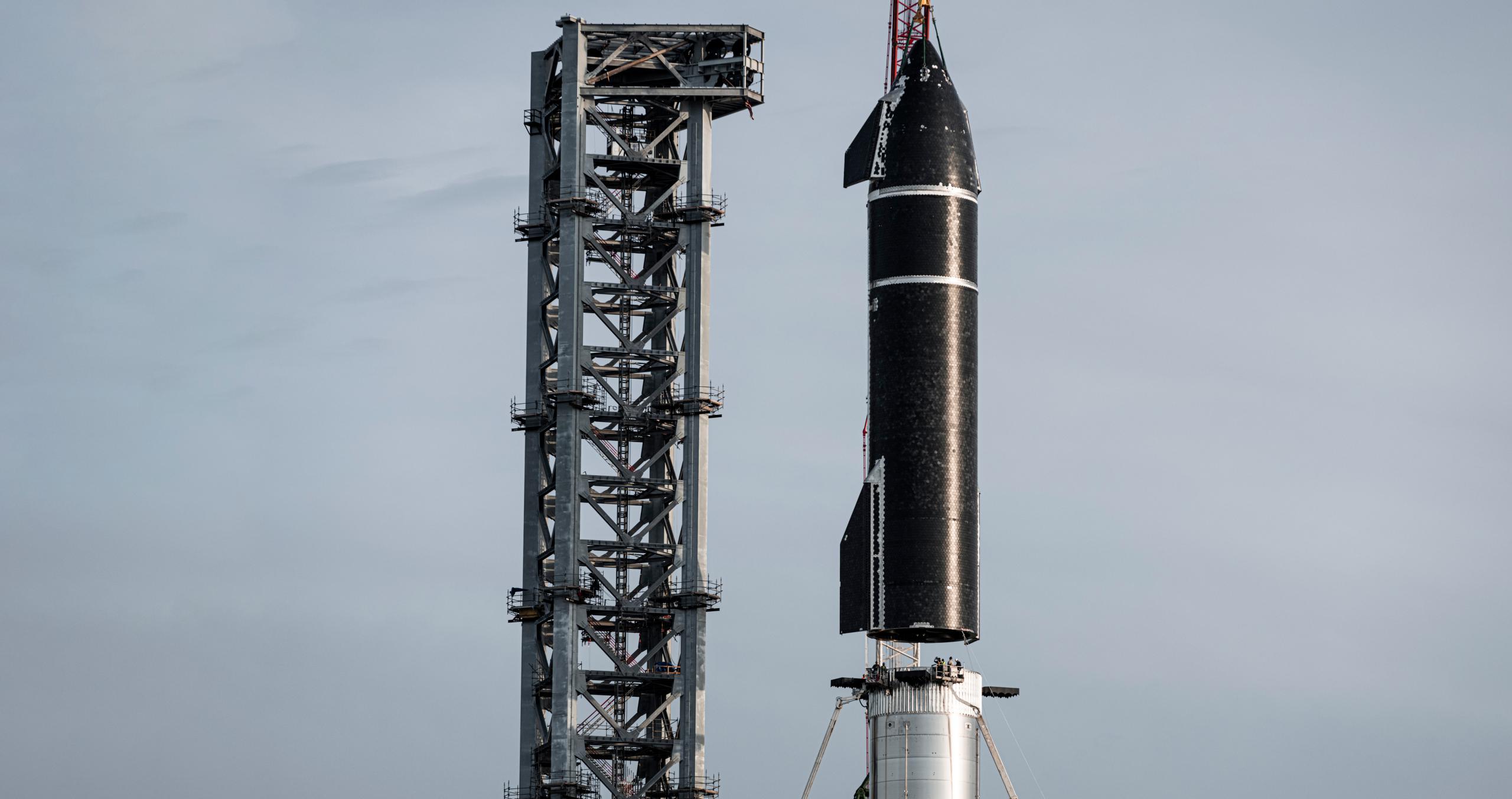 For a brief moment on August 6th, Starship became the largest rocket in history. (SpaceX)

On August 6th, after a great deal of anticipation, SpaceX stacked a Starship on top of a Super Heavy booster for the first time ever, very briefly assembling the largest rocket in history.

However, barely an hour after the two stages were integrated and (presumably) latched together, SpaceX lifted Starship (S20) off the booster, returned it to its transport stand, and rolled the ship back to the build site later that day. Though an extreme sensitivity to wind conditions has delayed the procedure, Super Heavy Booster 4 (B4) also appears to be on track to be removed from the orbital launch mount and sent either back to the factory or to a suborbital launch mount that’s been modified for booster testing.

For those that followed the process closely in the days and weeks prior, the fact that Starship’s first full assembly was just a fit check (and, really, more like 50:50 between fit check and photo op) came as no surprise. In the lead-up, it became clear through several reports that CEO Elon Musk had challenged SpaceX to stack Ship 20 and Booster 4 by August 5th and flown in several hundred employees normally stationed elsewhere to accomplish the feat.

Ignoring weather delays that prevented stacking on August 5th, SpaceX met Musk’s challenge in all but the literal sense, assembling the world’s largest rocket into one integrated stack for the first time ever. Even more significantly, despite the fact that SpaceX could have easily decided to stack two not-for-flight prototypes to sort of achieve the same feat, both stages – Ship 20 and Booster 4 – involved in the August 6th milestone are nominally destined for flight.

Barring surprises, the same exact pair is scheduled to support Starship’s first orbital test flight as early as this year. Before they can be cleared for flight, however, a great deal of work must still be completed – work that in some cases is unprecedented in the history of the Starship program.

Not long after the stacking milestone, Musk himself sketched out a few of the tasks still in front of the rocket. Namely, Musk says that SpaceX must still complete Starship S20’s partially-finished heat shield, install some form of heat shield(s) to protect Super Heavy Booster 4’s 29 naked Raptor engines; finish installing, plumbing, and activating 4-7 massive custom propellant storage tanks; and assemble, install, and activate a giant mechanical umbilical arm on the launch tower to fuel and power Starship.

All are undoubtedly crucial and Starship is unlikely to launch before any of them are more or less complete. However, the booster and ship themselves are arguably far more of a pressure point. Before they can be deemed ready for flight, both the ship and booster must complete unprecedented test campaigns on the ground.

Ship 20 will need to complete cryogenic proof testing to verify that the first Starship with six Raptor engine mounts is structurally sound. SpaceX has already modified one of its two suborbital Starship launch mounts for that purpose. Once cryo proof and hydraulic ram testing is complete, those six rams will likely be removed and six Raptor engines will be installed in their place, potentially setting up Ship 20 to become the first Starship prototype to static fire six engines – and any number of Raptor Vacuum engines.

Super Heavy Booster 4 will be faced with an even more ambitious static fire test campaign as SpaceX likely gradually installs more and more engines. Depending on how focused SpaceX is on speed over thoroughness, that process could involve gradually adding 2-5 engines after every static fire or could result in SpaceX starting with 4-9 engines and then immediately jumping from 9 to a full 29-Raptor static fire.

Only after completing those crucial qualification tests is SpaceX likely to stack Ship 20 and Booster 4 for a second time and enter the first true full-stack Starship launch flow – hopefully culminating in the first orbital launch attempt later this year, but only as soon as the FAA completes an environmental review and approves the rocket’s launch license. Technically, FAA approval could come next month or it could take the agency a year or more – it’s almost impossible to predict without official information. However, given SpaceX’s track record with Starship prototypes and Booster B3, it’s likely that a flightworthy Starship and Super Heavy will be stacked on the pad and ready to launch just a few months from now.

Stay tuned for updates on that potential standoff in the making and Starship’s progress towards its first orbital test flight.