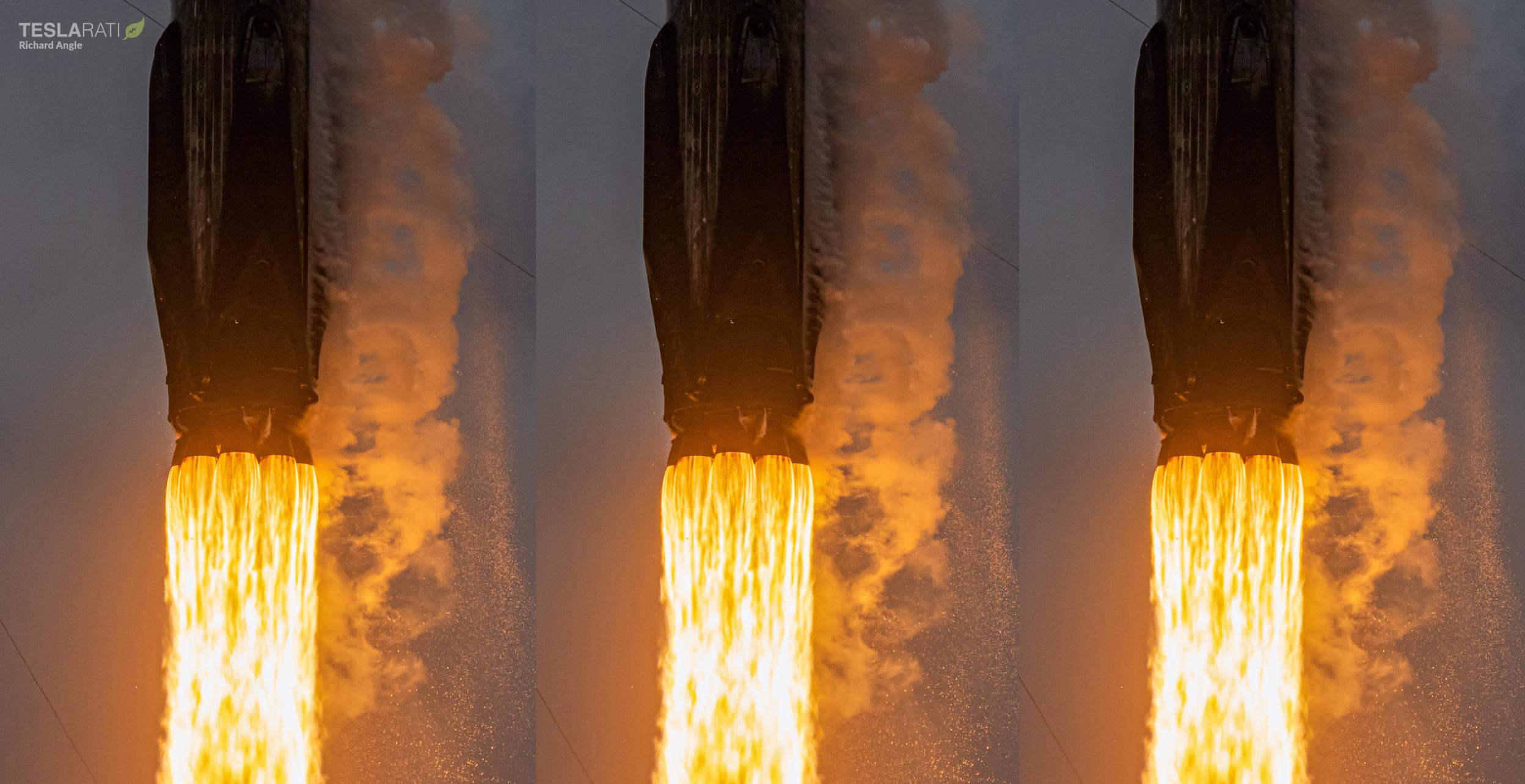 Starlink 4-4 marks the 98th successful Falcon landing, the first time SpaceX has performed a non-polar Starlink launch from its West Coast pad, and the first time a Falcon 9 booster has completed 11 orbital-class launches and spaceflights. Up next, SpaceX is scheduled to launch Turkey’s Turksat 5B geostationary communications satellite out of its Cape Canaveral, Florida LC-40 pad. Falcon 9 could lift off as early as 10:58 pm EDT, Saturday, December 18th (03:58 UTC 19 Dec) – just 15 hours after Starlink 4-4. Set in September 2021, SpaceX’s current record is two launches in ~44 hours.

Update: SpaceX’s second dedicated West Coast Starlink launch has slipped to no earlier than (NET) 1:24 am PDT (09:24 UTC) on Saturday, December 18th. Headed to an orbit unusual for a Vandenberg Space Force Base launch, Starlink 4-4 could now lift off just 18 hours before a different SpaceX mission – Turksat 5B – lifts off from the opposite side of the country.

Barring delays to Cargo Dragon’s CRS-24 space station resupply mission, which remains scheduled for 5:06 am EDT on December 21st, that means that SpaceX is now on track to launch three Falcon 9 rockets in three days (less than 73 hours).

SpaceX appears to be on track to round out a record-breaking year with three Falcon 9 launches in four days.

With the diverse trio of missions, SpaceX will orbit another batch of laser-linked Starlink satellites, deliver a large communications satellite to geostationary transfer orbit (GTO), send a Dragon to space for sixth time this year, and break at least two company records. The first mission, known as Starlink 2-3, could occur as early as the morning of December 17th, kicking off an incredibly busy period of launches – and not just for SpaceX.

Referring to the fact that the mission will be the third launch for the second distinct group or ‘shell’ of Starlink satellites, Starlink 2-3 will actually be the second dedicated launch to a semi-polar orbit, leapfrogging Starlink 2-2 for unknown reasons after Starlink 2-1’s successful September launch. Originally scheduled to launch in mid-October, SpaceX was forced to stand down just a few days before liftoff for unknown reasons and at least a week or two of delays soon put Starlink 2-3 at risk of clashing with the company’s upcoming NASA DART launch, which unsurprisingly took precedence. SpaceX successfully launched the Double Asteroid Redirection Test (DART) mission on November 24th.

Late on December 13th, tugboat Scorpius likely departed Port of Long Beach with SpaceX drone ship Of Course I Still Love You (OCISLY) in tow – a fairly airtight confirmation that a SpaceX launch is just a handful of days away. Based on safety Notices to Airmen and Mariners (NOTAMs/NOTMARs), Starlink 2-3 is scheduled to launch sometime between 12am and 6am PDT (UTC-8) on Friday, December 17th. If accurate and SpaceX stays on schedule, Falcon 9 could lift off from the company’s Vandenberg SLC-4E launch pad with Starlink 2-3 in tow just 22 days after a different Falcon 9 rocket launched DART – smashing the pad’s current 36-day turnaround record by almost 40%.

Aside from drastically increasing the maximum theoretical launch cadence SpaceX’s West Coast pad is capable of supporting, Starlink 2-3 is also expected – as it was in October – to fly on Falcon 9 booster B1051, potentially making the mission the first time a liquid rocket booster has completed eleven orbital-class launches. B1051 debuted in March 2019, sending an uncrewed Crew Dragon on its way to orbit for the first time. Before SpaceX’s Starlink launch cadence fell off a cliff in the second half of 2021, B1051 completed its tenth launch on May 9th, 2021, averaging one launch every ~80 days over a two-year career. Starlink 2-3 will be B1051’s first launch in 7 months and eleventh launch in 33 months.

As early as 11:58 pm EDT (UTC-5) on Saturday, December 18th, another Falcon 9 rocket is scheduled to launch Turkey’s Turksat 5B geostationary communications satellite from SpaceX’s Cape Canaveral LC-40 pad. There’s a good chance that former Falcon Heavy booster B1052 – recently converted into a Falcon 9 after more than two years in storage – will be assigned to the mission, which is set to be SpaceX’s 30th orbital launch in 2021.

Finally, a different Falcon 9 (possibly B1062 or even a new booster entirely) is scheduled to launch a new Cargo Dragon 2 spacecraft on CRS-24 – potentially the company’s 23rd operational International Space Station (ISS) resupply run since October 2012. It will be Falcon 9’s sixth Dragon launch of 2021 – another record for SpaceX and the spacecraft. If the schedule holds, CRS-24 could lift off as early as 5:06 am EDT (UTC-5) on Tuesday, December 21st and would be SpaceX’s third Falcon 9 launch in roughly 100 hours (a little over four days). CRS-24 is expected to be SpaceX’s 31st and final launch of 2021, beating out the 26-launch record it set just last year.

However, the rest of the world isn’t quite finished. As early as the day after CRS-24, an Ariane 5 rocket is scheduled to launch the almost $10 billion, NASA-built James Webb Space Telescope (JWST). Decades in the making, JWST will be the single most expensive payload and the largest space telescope ever launched and is functionally irreplaceable and hard (but not impossible, if the political will is there) to repair, making it perhaps the most universally nerve-wracking uncrewed launch in the history of spaceflight.