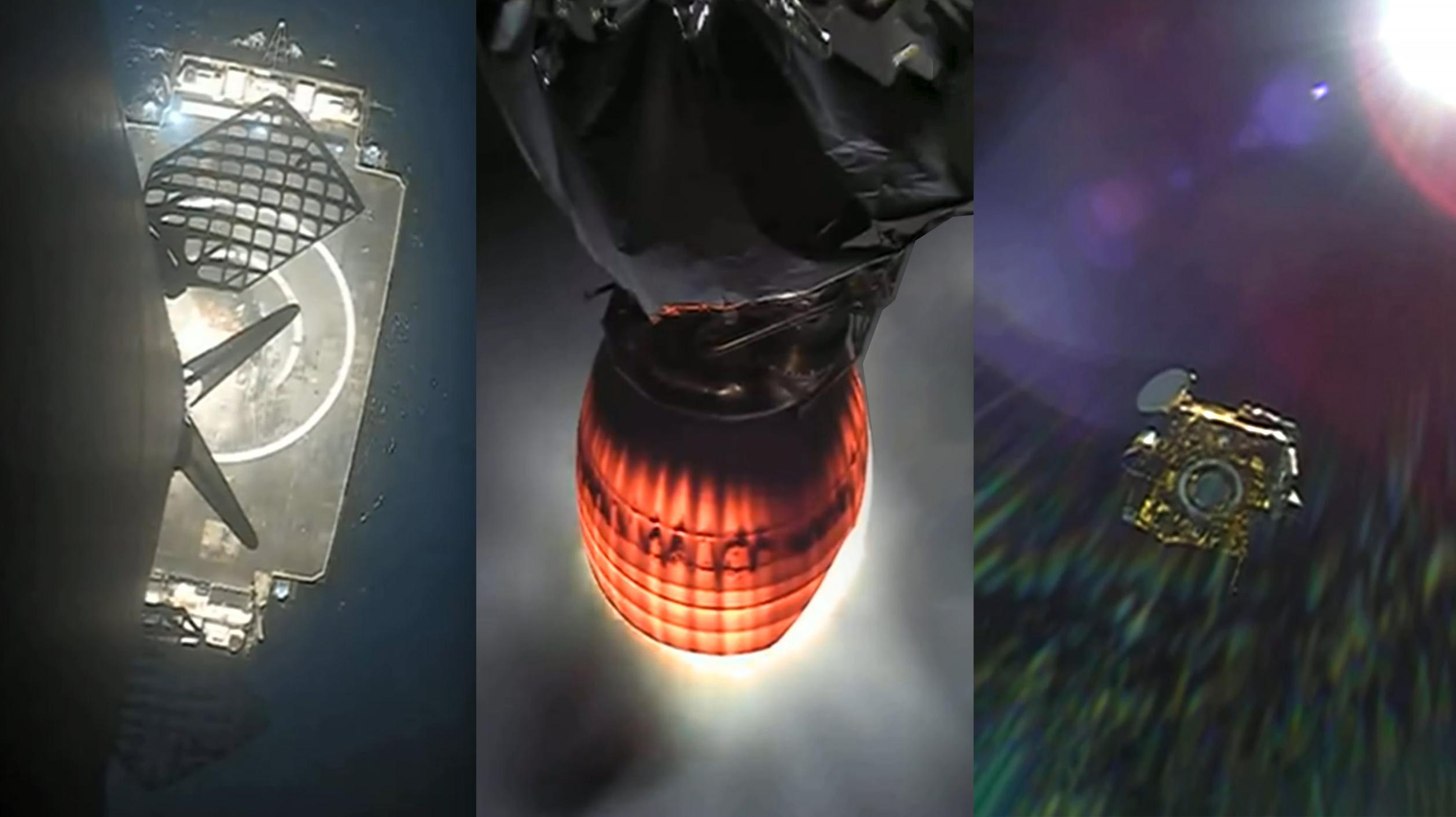 SpaceX has aced its first operational interplanetary launch, sending NASA’s Double Asteroid Redirection Test (DART) spacecraft on its way out of the Earth-Moon system as part of the world’s first planetary defense mission.

Right on time, SpaceX’s flight-proven Falcon 9 booster lifted off at 10:21 pm PST with an expendable upper stage, new fairing, and the ~630 kg (~1400 lb) DART spacecraft in tow, reaching a nominal low Earth parking orbit about eight minutes later. Half a minute after the second stage’s first engine ‘cutoff’ (SECO-1), booster B1063 safely landed on drone ship Of Course I Still Love You (OCISLY), wrapping up its third orbital-class launch and spaceflight in twelve months.

Around 28 minutes after liftoff, Falcon 9’s orbital second stage fired up for the second and final time. In just 53 seconds, Falcon 9’s upper stage accelerated from a stable velocity (relative to Earth’s surface) of 7.5 kilometers per second (4.7 mi/s) to almost 11.1 km/s (6.9 mi/s), sending DART (and itself) from low Earth orbit (LEO) to an Earth escape trajectory that will ultimately leave them in orbit around the sun.

As the second Falcon hardware to reach interplanetary space, the upper stage will gradually passivate itself – depressurizing and safing batteries and flight termination systems as it prepares to spend the rest of its inactive life orbiting the sun. DART, on the other hand, has only just begun its mission. As previously discussed on Teslarati, DART is designed to slam into asteroid moon Dimorphos no earlier than September 2022 while traveling 6.6 km/s (4.1 mi/s).

“If DART succeeds, NASA anticipates it will be able to observe a slight 1.5% change in Dimorphos’ orbital period (how long it takes to orbit Didymos) with Earth-based telescopes. Perhaps one day – building upon DART, follow-up reconnaissance mission HERA, and other asteroid missions like Hayabusa2 and OSIRIS-REx – NASA and other space agencies will team up to develop a fleet of planetary defense spacecraft that can intentionally redirect asteroids that threaten Earth, preventing catastrophic impacts like the one that likely wiped out 75% of species and virtually all nonavian dinosaurs around 66 million years ago.”

If successful, the tiny DART spacecraft will prove that as long as an asteroid is spotted early enough, other tiny spacecraft can feasibly redirect them by slamming into them at very high speeds. In effect, if one or several space agencies or governments then decide to pursue planetary defense seriously enough, humanity – through technology, science, and cooperation – will be able to avoid the cosmic fate that’s befallen the dinosaurs and millions of other species before us. Put simply, if the dinosaurs had had a spacecraft and capability like what DART hopes to demonstrate, they could still be roaming the Earth today.

Given that CEO Elon Musk’s entire motivation for founding the company and pursuing spaceflight was to help make humanity multiplanetary and protect against mass-extinction events like those that befell the dinosaurs, it’s only fitting that SpaceX ultimately won NASA’s DART launch competition and sent the DART spacecraft on its way to Dimorphos as part of the first true planetary defense test in history.