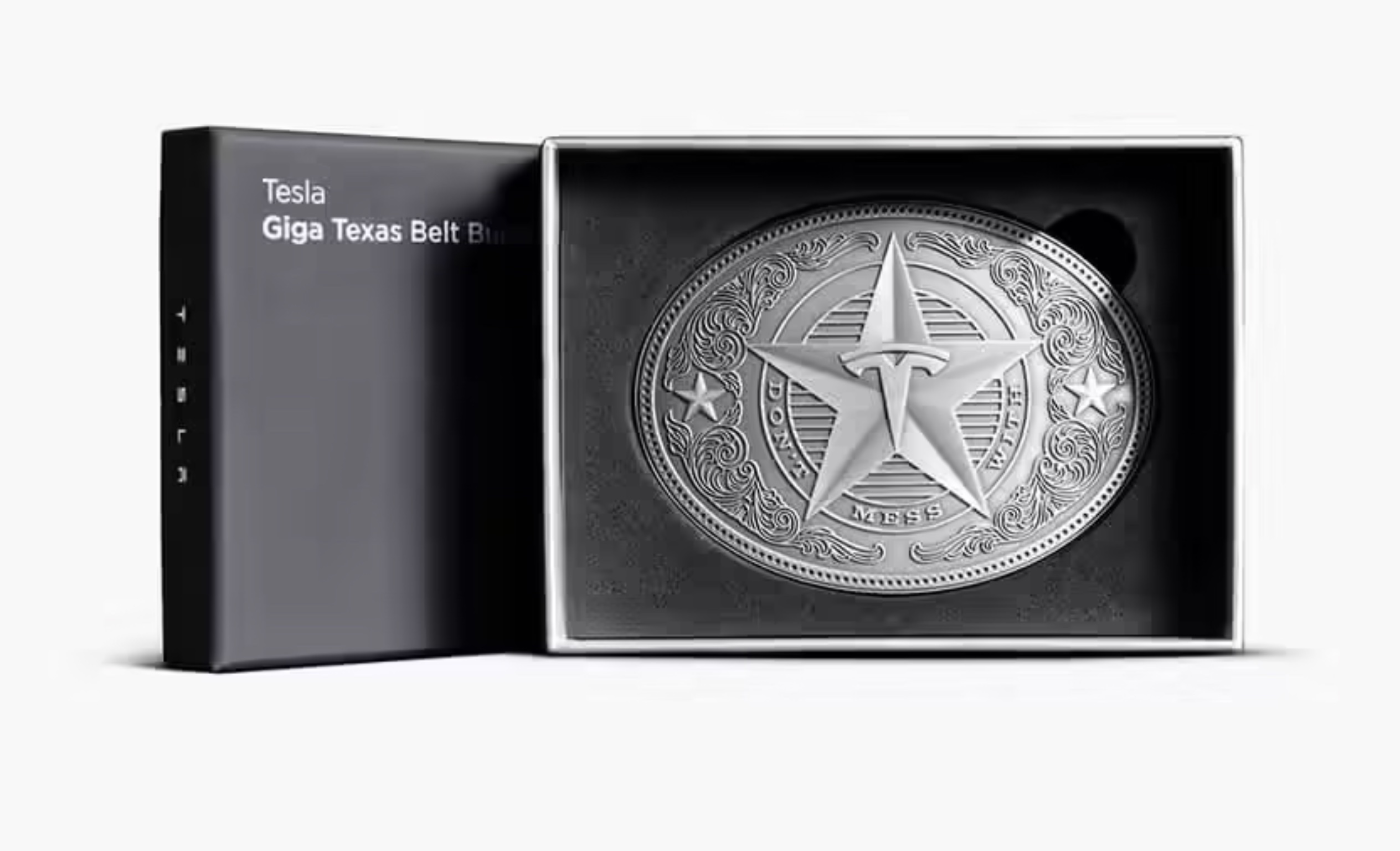 The Tesla Giga Texas Belt Buckle features the same design released when Elon Musk announced that the Austin-based Gigafactory was the company’s new headquarters in the USA. It features the Tesla logo on top of a star and the inscription: “Don’t Mess with (Tesla).”

Tesla stated the belt buckle was released to celebrate its newest gigafactory. The Giga Texas Buckle is manufactured from die cast zinc engraved, then brushed with an antique silver finish. The buckle fits on belts up to 2”.

The new belt buckle can be found in the Tesla Shop alongside other best sellers like the Cyberwhistle and the Cyberquad for kids. Tesla certainly seems to be releasing many fun items in time for the holidays this year.

The Cyberwhistle was released a few weeks ago. It costs $50 and is made with medical-grade stainless steel. It was a limited-edition premium collectible and sold out quickly. As of this writing, it is still out of stock.

Surprisingly, the Giga Texas Belt Buckle is still in stock. Given how fast Tesla products move, however, the belt buckle may be sold out soon as well.