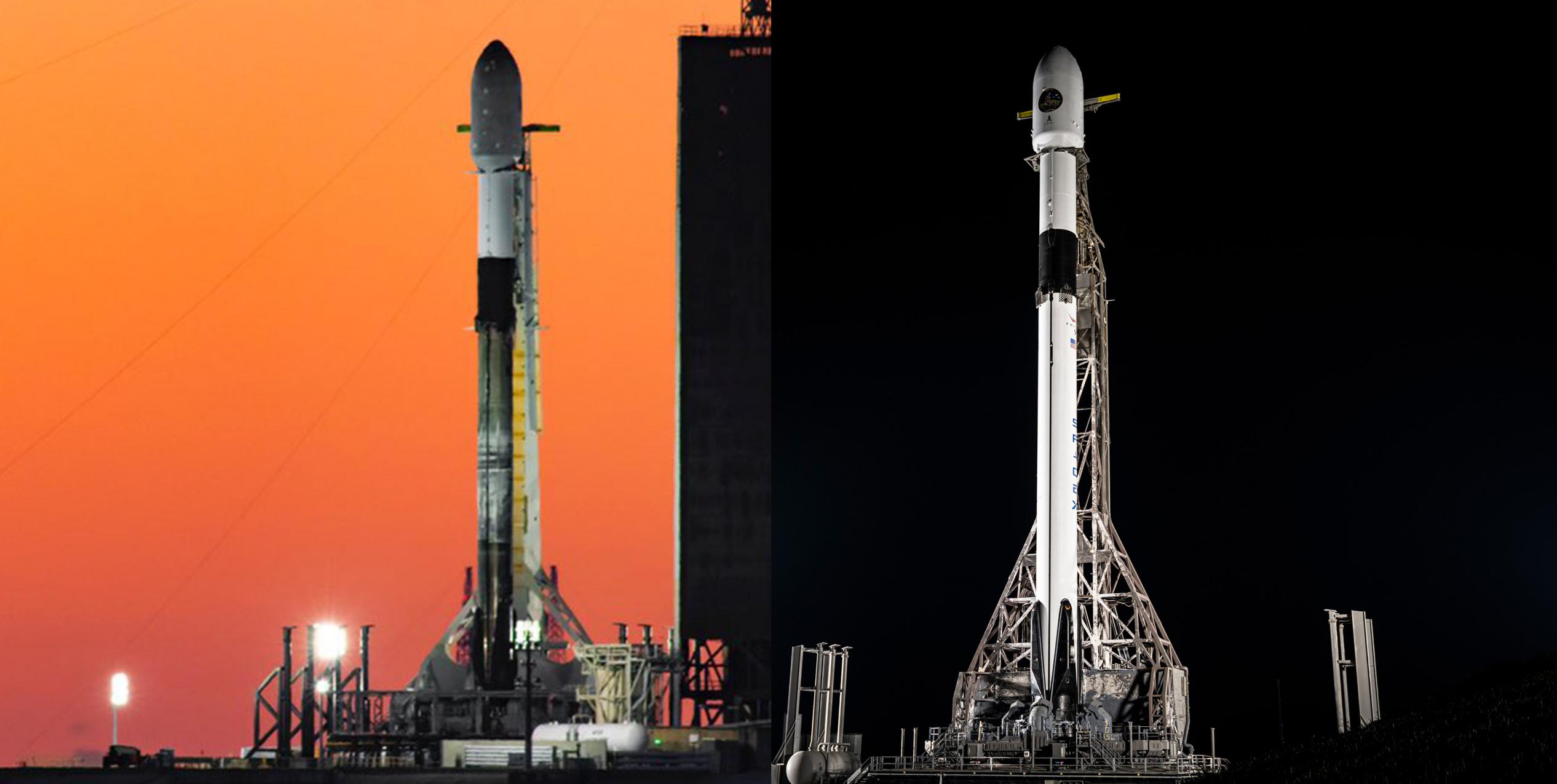 Update: SpaceX’s plans for two launches in less than two hours have been foiled for unknown reasons.

While the company confirms that NROL-87 remains on track to launch at 12:18 pm PST (20:18 UTC) on Wednesday, Starlink 4-7 has been delayed to Thursday, February 3rd – no longer a US record but still less than 26 hours apart.

NROL-87 will debut a new Falcon 9 booster (likely B1071) and will launch from SpaceX’s Vandenberg Space Force Base (VSFB) SLC-4E pad. That new booster will attempt a landing at a concrete pad – LZ-4 – less than 1500 feet to the west, likely marking the end of SpaceX’s live coverage. Aside from being light enough to allow Falcon 9 to perform a return-to-launch-site (RTLS) booster landing, the payload is a mystery.

A few thousand miles to the East, a different Falcon 9 rocket – likely including booster B1061 – could lift off just 93 minutes later with another batch of 49 Starlink V1.5 satellites in tow. Known as Starlink 4-7, the second mission of the day will launch from Kennedy Space Center’s (KSC) LC-39A pad, which SpaceX leases from NASA. Falcon 9 B1061 will attempt to land about 640 km (~395 mi) downrange – slightly northeast of the Bahamas to minimize the risk of losing a valuable booster to the wintry mid-Atlantic.

If both missions launch as planned, SpaceX would singlehandedly break the record for the shortest time between two US launches which was set at ~97 minutes in 1966. The all-time record for two launches from one country – and from one rocket family – was likely set by the Soviet Union in 1969, when two R-7-derived rockets launched payloads to orbit just 25 minutes apart. Nonetheless, two launches in 93 minutes would be an extraordinary achievement for SpaceX and the US and will be one of the shortest gaps between orbital launches in the history of spaceflight. SpaceX may also become the first company in history to launch two rockets in a handful of hours.

It’s highly unlikely that the Falcon family will ever come close to overshadowing Russia’s extraordinary R-7 family of rockets, which have launched nearly 2000 times since 1957 and launched twice on the same day dozens of times. Nonetheless, as SpaceX continues its relentless – and thus far successful – pursuit of continuous improvement, it’s more and more clear that Falcon 9 and Falcon Heavy are poised to lead the world’s orbital launch industry for the indefinite future.