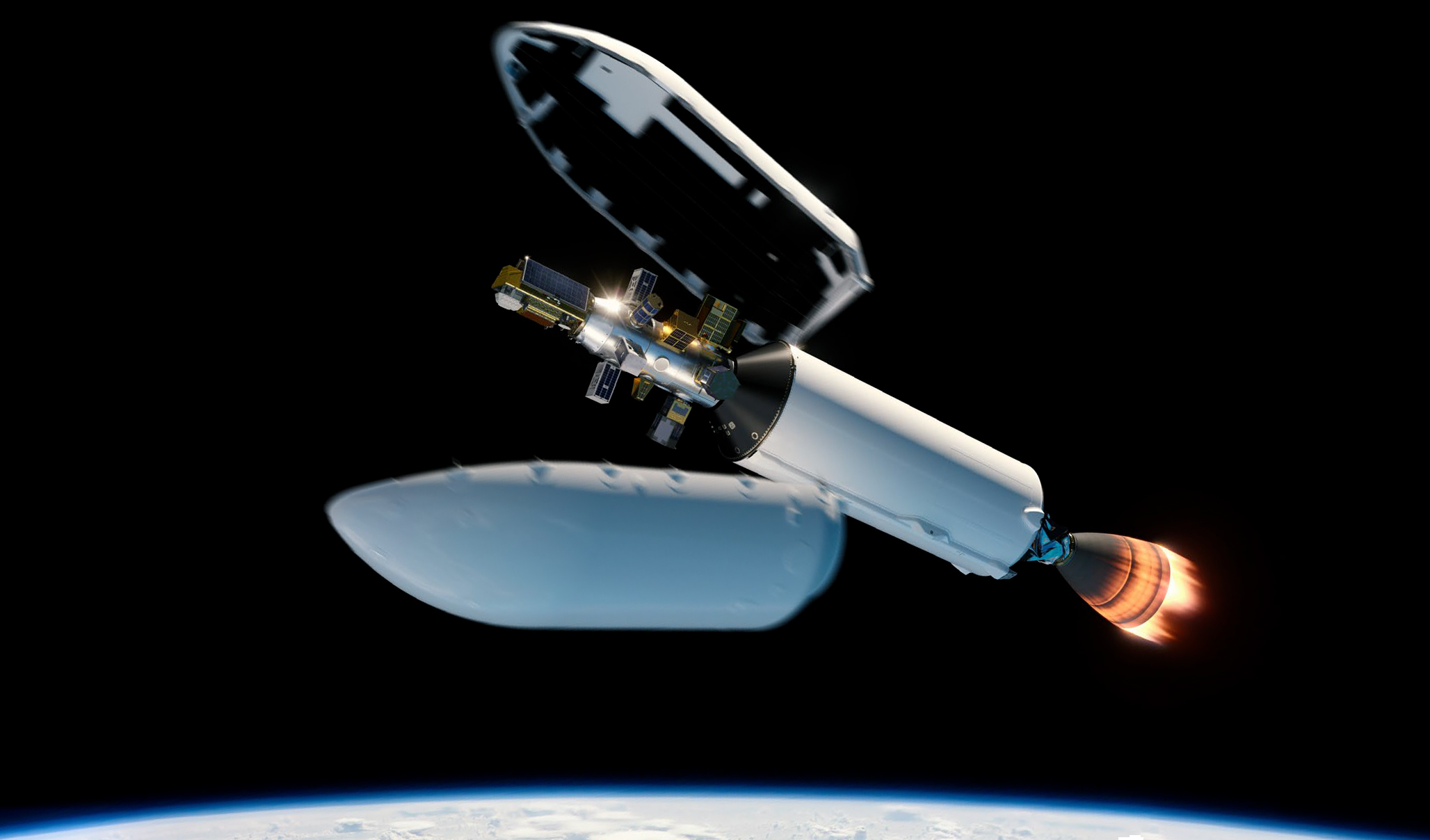 SpaceX has rolled out an upgraded version of its Rideshare program that will allow even more small satellite operators to send their spacecraft to orbit for extremely low prices.

SpaceX threw its hat into the growing ring of smallsat launch aggregators in August 2019 with its Smallsat Program. Initially, the company offered a tiered pricing scale with multiple rates for the different sizes of ports a satellite operator could attach their spacecraft to. For customers purchasing their launch services more than 12 months in advance, SpaceX aimed to charge a minimum of $2.25 million for up to 150 kilograms (~330 lb) and a flat $15,000 for each additional kilogram. Customers placing their order 6-12 months before launch would pay a 33% premium ($20,000/kg).

SpaceX may have sorely misjudged the market, however, because the company introduced a simpler, reworked pricing system just a few months later. SpaceX slashed prices threefold, removed most of the tier system, and added a portal that allowed customers to easily reserve launch services online. Compared to the first attempt, the new pricing – $1 million for up to 200 kilograms (~440 lb) and $5000 for each extra kilogram – was extraordinarily competitive and effectively solidified SpaceX as the premier source of rideshare launch services overnight. Save for an inflation-spurred increase to $1.1 million and $5500/kg, that pricing has remained stable for almost three years, and SpaceX’s Smallsat Program has become a spectacular success.

SpaceX, however, was unable to sit idle and has introduced several significant improvements to its rideshare services. While it technically hasn’t reduced its prices, SpaceX will now allow satellites as small as 50 kilograms to book directly through the company at its virtually unbeatable rate of $5500 per kilogram. Before this change, customers with small satellites would either have to pay for all the extra capacity they weren’t using, boosting their relative cost per kilogram, or arrange their launch services with a third-party aggregator like Spaceflight or Exolaunch.

Aggregators purchase slots on SpaceX’s rideshare missions and then seek out numerous small satellites (usually well under 50 kilograms each) to try to reach their 200-kilogram minimum, thus ensuring that even the smallest satellites can launch for close to the advertised rate of $5500 per kilogram. As is always the case, a subcontractor has its own bills to pay and profit margins to seek, so aggregators likely charge customers quite a bit more than SpaceX’s base price.

If price-gouging was a problem, SpaceX reducing its base price to $275,000 for up to 50 kilograms (~110 lb) will effectively lower the aggregator price ceiling fourfold. In general, it will also make purchasing rideshare launch services easier and cheaper for more prospective satellite operators. To ensure that, SpaceX also appears to be willing to book and integrate individual ‘containerized’ cubesats without the need for an aggregator’s dispenser.

That’s largely thanks to the biggest technical change to the Smallsat Program, which will see SpaceX replace its old cylindrical payload dispenser tower with a new “Rideshare Plate” system. Seemingly derived from the machined aluminum plates SpaceX uses to add rideshare payloads to Starlink launches, the plates should offer customers a more modular and flexible platform capable of supporting all kinds of payload adapters and dispensers.