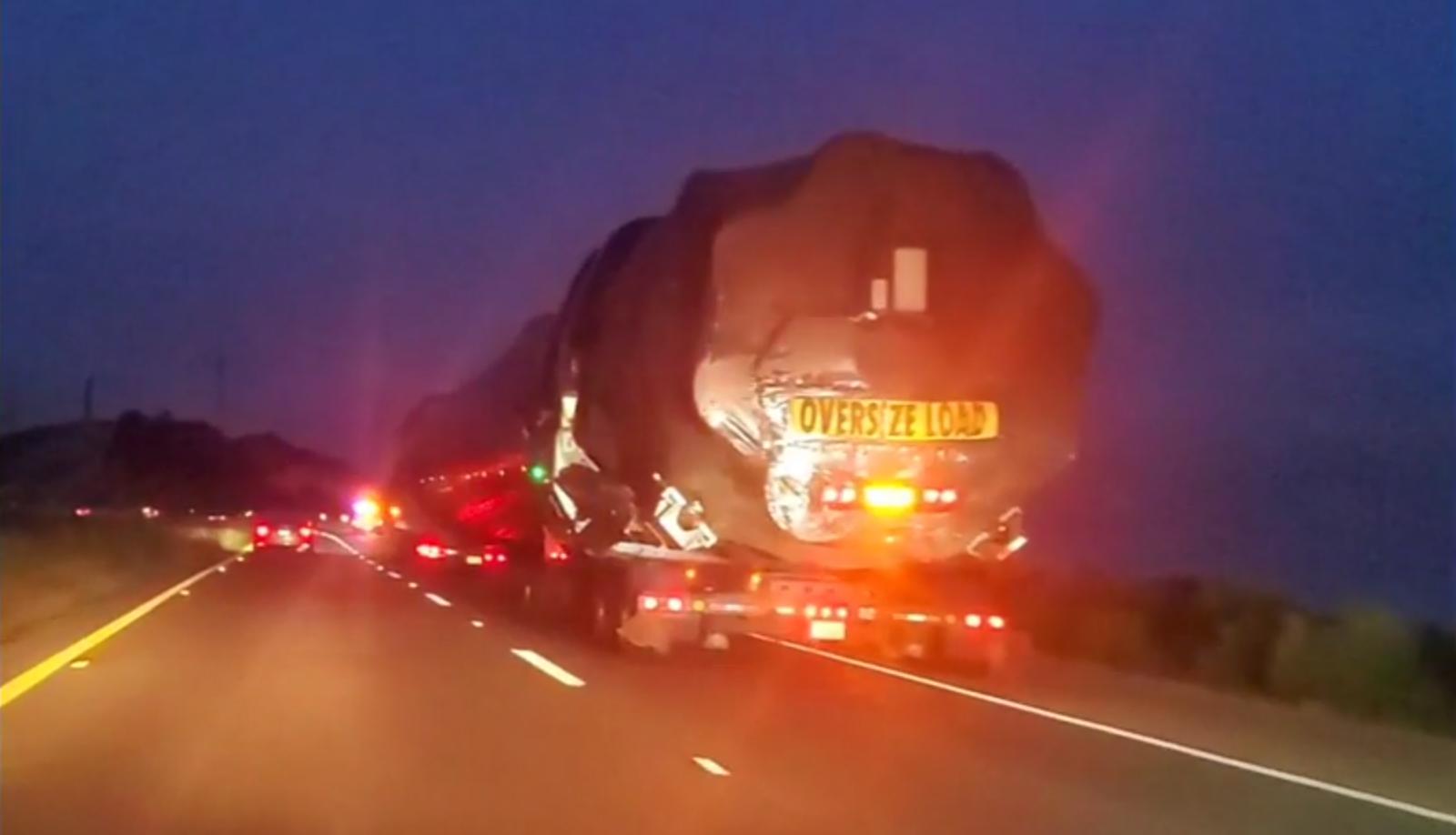 For the second time in a month, SpaceX has shipped a heavily flown Falcon 9 booster from Cape Canaveral, Florida to its West Coast launch facilities.

The mystery Falcon 9 booster’s June 24th arrival at Vandenberg Air/Space Force Base (VAFB) is perhaps the best sign yet that SpaceX means to almost immediately reach – and sustain – an orbital launch cadence not seen on the West Coast in decades. Just four weeks prior to its arrival at the California launch range, B1049 became the first Falcon 9 booster to arrive at Vandenberg in more than half a year.

The booster’s arrival means that SpaceX now has two Falcon 9 boosters on hand to support dedicated polar Starlink launches out of Vandenberg – launches that could begin as early as next month. First teased by SpaceX President and COO Gwynne Shotwell in April, preparations for that July launch target have been well underway for months. Several major pieces have fallen into place in rapid succession at the same time.

A few weeks after Shotwell’s comments, SpaceX signed a lease for new dock space and rocket processing facilities and moved its years-old West Coast recovery operations from Port of Los Angeles to adjacent Port of Long Beach facilities soon after. Around May 27th, Falcon 9 booster B1049 was trucked into VAFB.

On June 10th, drone ship Of Course I Still Love You (OCISLY) began a more than 5000-mile (~8000 km) journey from Port Canaveral, Florida to Port of Long Beach, California, where it would eventually recover boosters hundreds of miles downrange after dedicated polar Starlink launches. After waiting for several days in a nearby harbor, the massive SpaceX recovery platform was carried through the Panama Canal on the back of an even larger transport ship on June 25th and is now en route to California – ETA: July 6th.

Once OCISLY arrives, the only real uncertainties left will be readying the drone ship for recovery operations after a long journey and ensuring that SpaceX’s VAFB SLC-4E launch pad is ready to go after six months of inactivity. That leaves Falcon 9 second stage, payload fairing, and satellite testing, delivery, and integration – a routine process for SpaceX after 30 successful Starlink launches. With two Falcon 9 boosters on hand, SpaceX should also be able to easily push SLC-4E to its design limits with monthly Starlink launches.