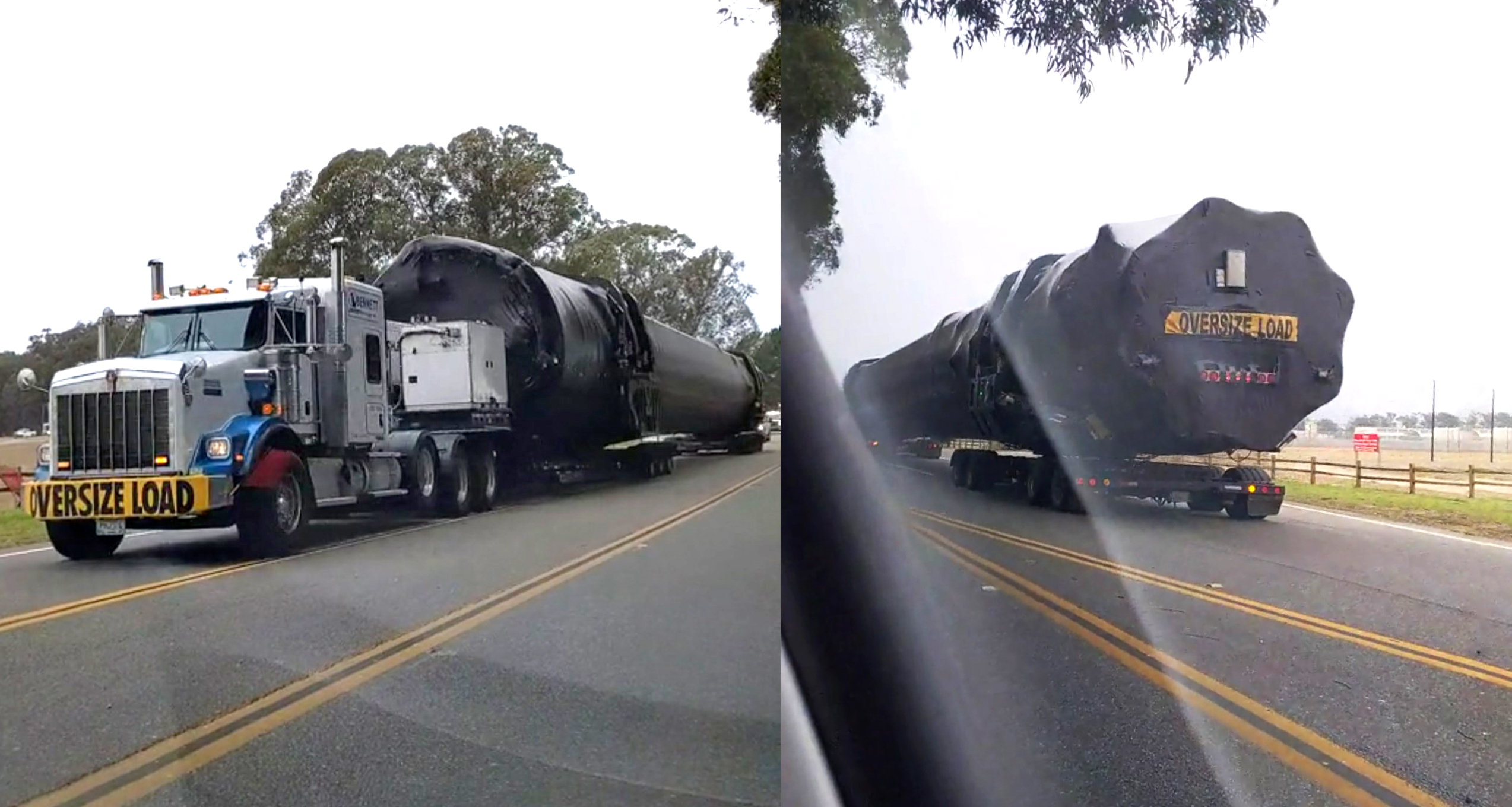 SpaceX has shipped the first of one or two flight-proven Falcon 9 boosters from Florida to California in the latest sign that the company is preparing to begin dedicated polar Starlink launches in the near future.

On May 27th, a Reddit post revealed a Falcon 9 booster arriving at Vandenberg Air/Space Force Base (VAFB), the home of SpaceX’s West Coast SLC-4E launch pad. Only truly useful for polar or high-inclination launches with satellites that need to orbit the Earth’s poles instead of the equator, SpaceX has only used SLC-4E twice in the last two years – once in June 2019 and most recently in November 2020.

Now, amidst a major hiring spree and rare new activity at a nearby Los Angeles port, SpaceX is clearly gearing up to return its SLC-4E launch pad to active duty.

B1049 began its career in Florida (Telstar 18V), moved to Vandenberg for its second flight (Iridium-8), went back to Florida for seven Starlink missions, and is once again returning to the best coast.

Both recent West Coast Falcon 9 missions hosted booster landings at LZ-4, a landing zone situated a little over 1000 feet (300m) away from the launch pad. That freed up SpaceX to ship former West Coast drone ship Just Read The Instructions (JRT) across the Panama Canal in August 2019, where it ultimately joined the company’s Florida rocket recovery fleet in early 2020 to support a major launch cadence ramp.

As a partial result, SpaceX was able launch Falcon 9 26 times in 2020, beating the previous record – 21 flights – by almost a quarter. In 2021, SpaceX is well on its way to smashing that annual launch record again and has completed 16 orbital launches with seven full months left in the year. That cadence is pushing SpaceX’s launch pads, recovery ships, and booster fleet to their limits. Due to the voracious demands of SpaceX’s almost weekly launch cadence, the company would only be shipping a workhorse booster to Vandenberg if there was a pressing need for it.

Said to be Falcon 9 B1049 by Next Spaceflight and NASASpaceflight reporter Michael Baylor, the booster that arrived at Vandenberg Air Force Base on Thursday has flown nine times – two of which it completed in February and May 2021. B1049 hasn’t been the most rapidly reusable of the fleet and is the oldest Falcon booster still operational after debuting in September 2018. However, SpaceX’s SLC-4E is relatively old itself and recruiting documents distributed as recently as 2021 indicated that the company’s West Coast resurgence was targeting a maximum cadence of one launch per month.

Virtually all of those missions will carry the company’s own Starlink satellites. On Wednesday, May 26th, SpaceX completed its 28th operational East Coast Starlink launch, effectively completing the first ‘tranche’ of the constellation once the satellites already in space reach their operational orbits. In April, SpaceX COO and President Gwynne Shotwell stated that polar Starlink launches would begin not long after that 28-launch milestones.

The day before B1049 arrived, SpaceX filed the first regulatory documents for at least six Vandenberg Starlink launches between July 2021 and January 2022 – one mission per month. It’s hard to say when the first launch will come. With B1049 now on site, FCC permits in work, and a new berth lease active in Port of Long Beach, the only real piece of the equation missing is a drone ship to support polar Starlink launches. According to said FCC documents, SpaceX will continue to push Falcon 9 to its limits on the West Coast, recovering boosters 640 km (~400 mi) downrange after polar Starlink launches.

SpaceX’s two operational drone ships – OCISLY and JRTI – currently have their hands full on the East Coast. Transporting either to California will take several weeks, limiting SpaceX’s East Coast launch cadence during that period. SpaceX and its contractors are currently hard at work completing a third drone ship – A Shortfall of Gravitas (ASOG), but past experience suggests that the vessel is at least a few months away from completion.

Once a drone ship has arrived at SpaceX’s new West Coast docks, though, the company will have almost everything it needs to kick off polar Starlink launches.