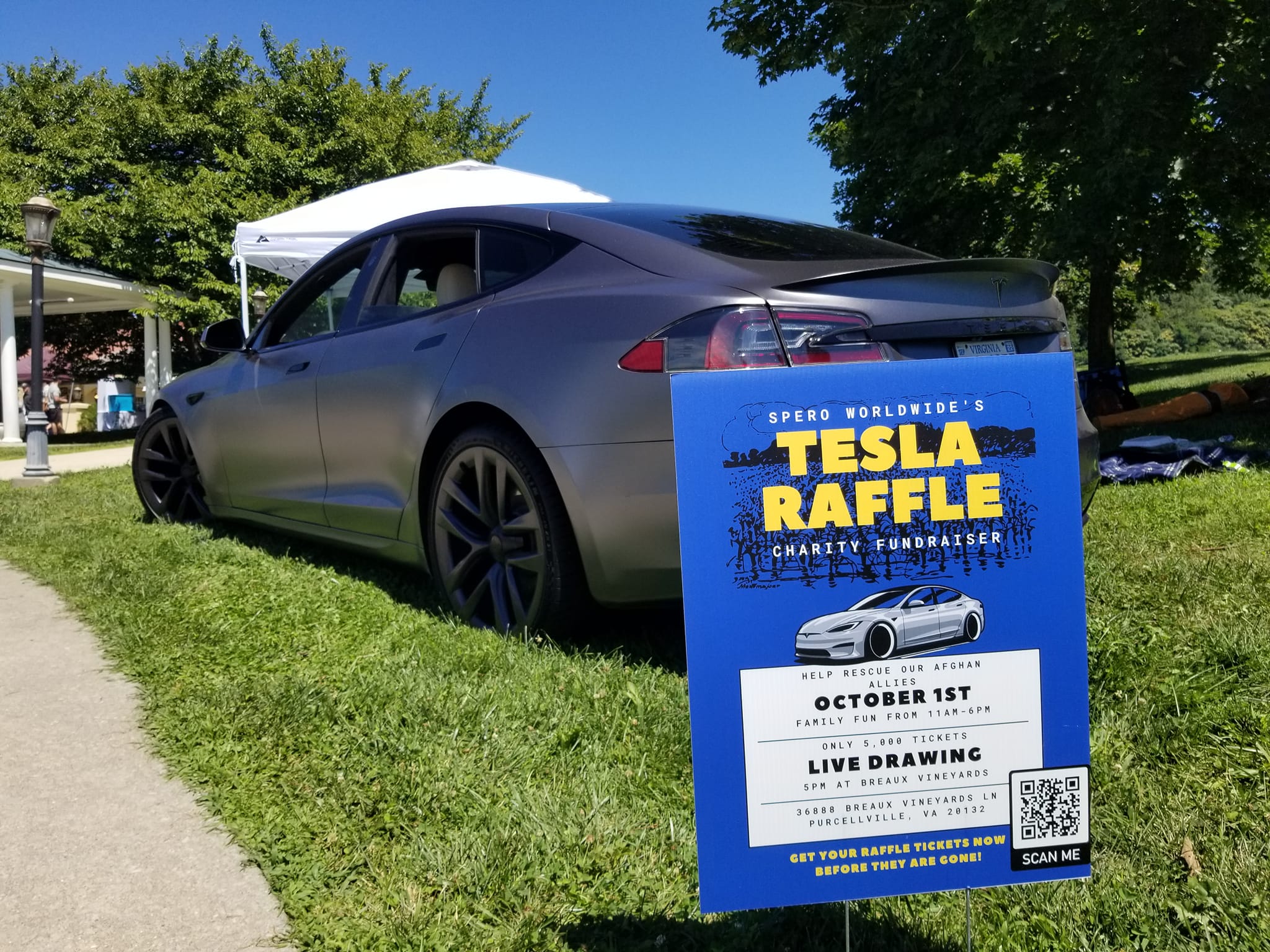 Spero Worldwide is raffling a Tesla Model S Plaid with Freedom Raffle to save Afghan families from the Taliban. The 501(c)(3) nonprofit organization evacuates extremely at-risk  Afghan allies and their families to safety and resettles them in Brazil.

Together with Breaux Vineyards, the nonprofit hopes to save a total of 812 people who are still in hiding.

Tom Silva**, who runs a safe house network and ground evacuation operation inside Afghanistan, told Teslarati that Spero needs this fundraiser to be a success so that the nonprofit can continue to rescue these incredibly at-risk families and give them a future.

He then shared the story of a six-year-old girl named Yousra who was just recently rescued.

“She’s an Afghan child we evacuated from Afghanistan with her extremely at-risk family. She lived in a network of safe houses inside Afghanistan for the last year until we could get them resettled in Brazil last month.”

“She started school today in freedom in Brazil!”

In a statement to Teslarati, Spero Worldwide’s President, Jennifer Cervantes said that there has been a small team quietly evacuating these families since August 2021.

“On average, to safely evacuate one Afghan and get them to Brazil and provide 12 months of sustainment, it costs us $8,500 per person,” she said in an email. She also emphasized the urgency of the situation for the families in need.

“This year we have evacuated 530 people and we are trying to get our last 151 families (approximately 812 people) out of Afghanistan, but we do not currently have the funding to support these next efforts. Two weeks ago, one of the families on our list had their house broken into by the Taliban.”

“Dad was already in hiding and being moved around. Mom was beaten and tortured trying to get her to give up her husband’s whereabouts. When Mom wouldn’t talk, the Taliban put a bayonet on her 1-year-old daughter’s head, threatening to kill her, and slicing her forehead with the tip. Then they took a hot iron and burned the daughter trying to get her mother to tell where her father was located.”

“This family remains in Afghanistan because we simply do not have funds to move them out. And in all honesty, this is not an abnormal story right now. The great majority of the families we are working with worked in counter-terrorism – essentially making sure that our U.S. forces were safe and working to prevent terrorist attacks against civilians across the country.”

“They also worked to uncover networks of terrorists to prevent attacks on U.S. soil. These families are an enormous target for the Taliban, and they have been ruthlessly hunting them down, torturing and killing them when they are able to find them.”

The prize is a new 2022 Tesla Model S Plaid and the winner will also have their federal and state taxes for the prize covered. The prize is worth over $190,000 and it only costs $150 to purchase a ticket. The prize details are:

Entrants must be 18 years old or older and the raffle is prohibited in the following states: Alabama, California, Hawaii, Iowa, Indiana, Kansas, Minnesota, Montana, New Jersey, Utah, Washington, and Wisconsin.

** For safety purposes, Tom Silva is the pseudonym that was given to protect the identity of the safe house operator.