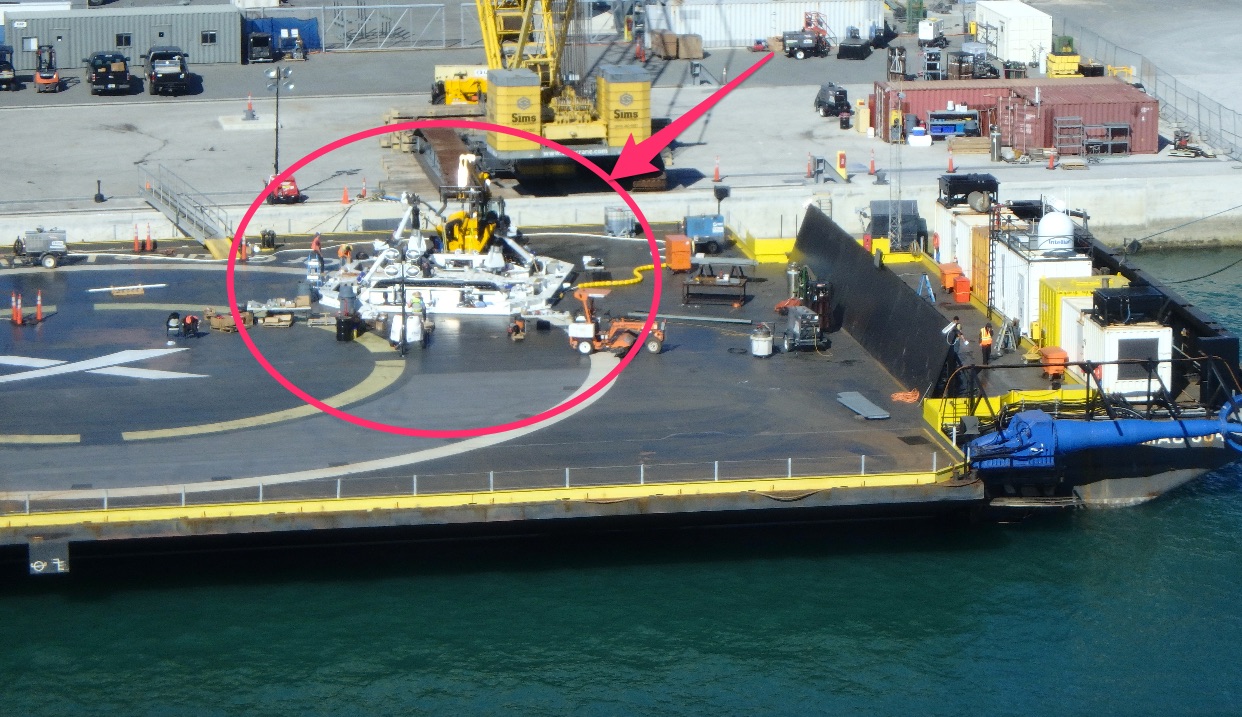 A recent flyover of the SpaceX “Of Course I Still Love You” (OCISLY) barge stationed off the coast of Florida reveals a new robot designed to assist with the landing of Falcon 9 rockets as they return back to earth.

OCISLY is an ASDS or Autonomous Spaceport Droneship which is a new platform designed by SpaceX to enable the recovery of Stage 1 rockets at sea. Depending on the amount of fuel required for some geostationary launches, there isn’t always enough fuel in the rocket to allow it to return to the original launchpad. Thus requiring the rocket to land at a distance away from the launchpad and at sea.

Utilizing an ASDS improves the efficiency of the launch by optimizing the weight of the rocket for the primary objective while also adding flexibility to the schedule as the ASDS enables recovery in more locations than just at a spaceport.

Now comes new spy shots, taken from a helicopter and posted by Redditor riddlerthc, revealing a robot assembly appearing on the deck of the OCISLY droneship. According to Redditor old_sellsword, the robot is internally named ‘Optimus Prime’, after the lead character from the Transformers TV shows and movies, and meant to serve as a landing-assist vehicle for Falcon 9. They went as far as noting the presumed intended functions of the components seen in the spy shots. 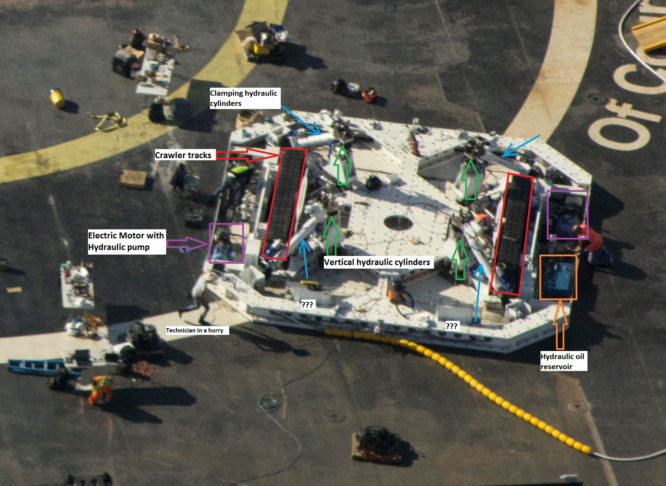 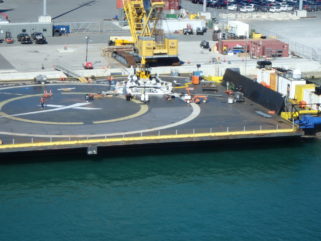 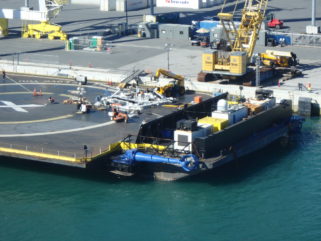 The ASDS is also home to a new garage that was purpose-built for Optimus Prime and meant to keep it out of the elements, especially from the harsh ocean air which has a corrosive effect on most metals. The new robot will be used after a rocket lands on the pad, motoring out into position under the booster, then raising up the four hydraulic arms and latch onto the booster legs.

Automating the process allows the SpaceX team to secure the Falcon 9 booster without the need for manual intervention. Perhaps more importantly, it will allow SpaceX to reduce the amount of preparation time needed between rocket launches. This will become increasingly more important as the pace of future launches continues to increase.