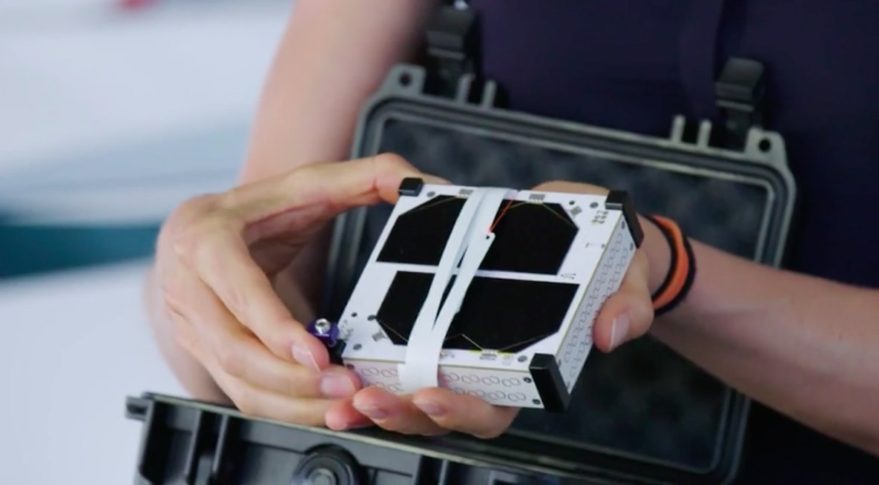 Swarm Technologies, Inc., a satellite startup aiming to create the world’s lowest-cost satellite network, has been fined $900,000 by the U.S. Federal Communications Commission (FCC) for illegally launching and deploying four unauthorized satellites into orbit in January 2018 on a commercial Indian satellite launch vehicle. The satellites in question were Swarm’s SpaceBEE vehicles, which measure one quarter the size of a traditional CubeSat, a class of small satellites measuring 10 cm in height, width, and depth. In December 2017, the FCC deemed the SpaceBEE size too small for the U.S. Air Force’s traditional technology to track with routine methods and declined a license, but the satellites were placed into orbit regardless. With satellite and rocket launch startups proliferating as space access becomes more affordable, the debate over ensuring safety in this international arena is likely expand.

Swarm requested an experimental license from the FCC in April 2017, a first step for any satellite operator to ensure compliance with current international space laws, and their plan was to launch in September 2017, although that date was later delayed. Spaceflight Industries was next hired to connect Swarm with a launch provider and ensure its integration with the rest of the rocket’s payload. After the FCC declined the license in December 2017, Swarm applied for a new license in January 2018 for satellites meeting CubeSat specifications, but the original SpaceBEEs were already loaded onto the contracted Indian Polar Satellite Launch Vehicle (PSLV) and subsequently launched on January 12, 2018.

When news of the SpaceBEE deployment broke, concerns over regulatory backlash spread throughout the satellite community. The FCC issued an Enforcement Advisory on April 12, 2018 warning about consequences for communications companies failing to comply with licensing requirements, including a note to launch providers on how launch activities may be impacted if an unauthorized satellite payload needs to be removed. In a decision released December 20, 2018, Swarm Technologies was ordered to pay the fine and implement a five-year compliance plan.

Since the very first satellite was successfully launched by the Soviet Union on October 4, 1957, activities in space have been largely conducted by national governments and companies affiliated with them. However, the new space era is quickly changing that environment, rapidly opening up the beyond-Earth domain to private citizens. Billionaires like Elon Musk of Tesla and SpaceX, Jeff Bezos of Amazon and Blue Origin, and Richard Branson of Virgin and Virgin Galactic have mostly been the face of private/commercial space industry in recent years, but the technologies they’ve developed are also ushering in a new wave of affordable access to space, and with it, new technologies that don’t fit the traditional mold of “old space”.

The legal foundation for current space laws is the 1967 Treaty on Principles Governing the Activities of States in the Exploration and Use of Outer Space, including the Moon and Other Celestial Bodies, i.e., the “Outer Space Treaty”. Under this Treaty and subsequent treaties and laws arising from it, states, or nations, rather, are responsible for any space activities conducted by their own nationals, meaning a regulatory process that must be enforced. Where access to space was once expensive and difficult, the significantly lowered threshold has brought in a field full of players ready to take their shot at participating in the coming space economy and maybe, as seen with Swarm Technologies, even take a few risks to get there.

While the illegal launch of Swarm’s satellites was caught rather quickly (first by the community of amateur space trackers) and action was taken to penalize it, what’s to stop nations in the future from lowering standards to attract private customers? As stated in the FCC’s Enforcement Advisory, “Satellites authorized by an administration other than the United States do not require any FCC approval if Earth station operations are exclusively outside the United States.” Pressure from the international community to comply with treaties will only work to the extent that 1) the penalties deter the profit potential from the industry; 2) the international community agrees the activity is actually unsafe; and 3) the resistance to reforming regulations to permit the activity in question is deemed justified. Innovation, especially out of Silicon Valley, has a history of breaking rules to bring about significant change; however, some would argue that space isn’t the place for that approach. 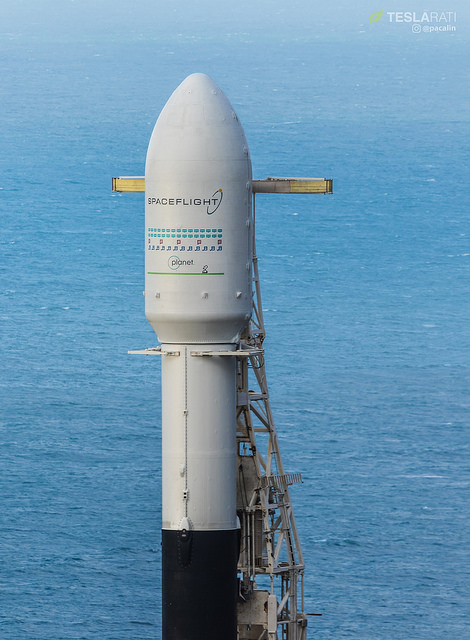 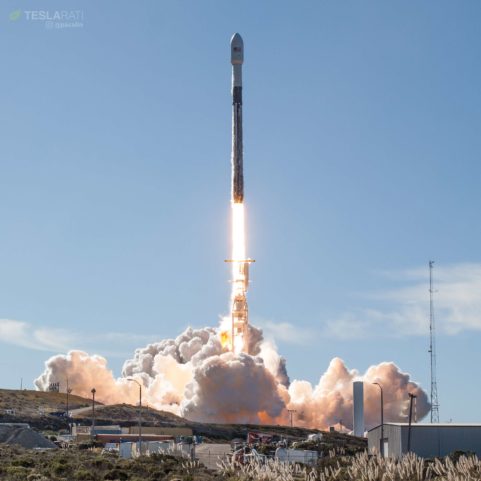 The problem seems to be a simple matter of ethics: Don’t launch things into space that aren’t safe for Earth’s occupants. But according to the FCC, Swarm’s proposed satellites were merely “below the size threshold at which detection by the Space Surveillance Network (SSN) can be considered routine.” The licensing issue seemed to generally only be safety-related because of the satellites’ irregularity, not from the lack of actual tracking capability, something that is only going to increase as more players enter the new space arena.

Another point worth consideration is that Swarm’s SpaceBEE satellites are actually trackable using the same SSN network the FCC cited in its rejection of Swarm’s license request, and live tracking is ongoing via an independent tracking service called LeoLabs. According to Dr. Sara Spangelo, one of the co-founders of Swarm Technologies, the satellites are equipped with radar retro-reflector technology, something developed by a US-Navy research and development lab, which makes their radar signature as bright as a CubeSat. The FCC has also granted the company a temporary experimental authorization to test the previously-illegal satellites’ orbital and tracking data. Thus, the question for the future is not so much whether the safety concerns are valid, but whether preventative rules will be waived where newer technology can demonstrate their compliance outside traditional standards.