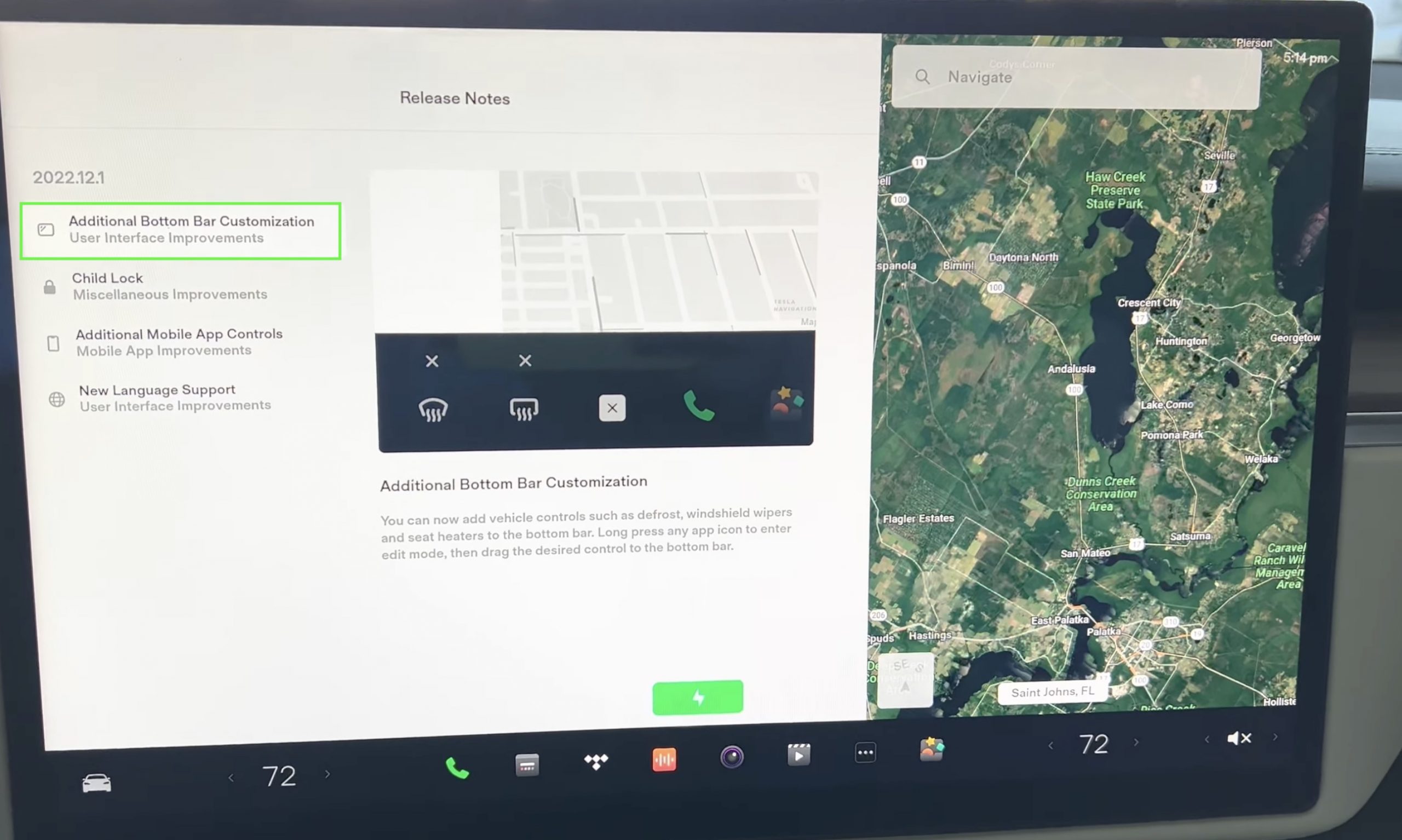 Tesla released update 2022.12.1 and returned bottom bar customization to the infotainment system, among other improvements.

Some Tesla owners, who have already updated their vehicles, tried out the bottom bar customization feature. The feature works similar to app customizations on Apple and Android phones. To start the process, users would simply have to long-press on any app icon at the bottom of the center display. Users can remove apps in the bottom bar and add features like “heated yoke,” “front defrost,” and “rear defrost.”

The bottom bar customization feature is not new to Tesla vehicles. It was removed when Tesla Software V11 was released, resulting in a wave of critical feedback from drivers. While Tesla owners were generally pleased with the new features in V11, they argued that the usability of some of the UI changes could have been executed better.

Drivers specifically pointed out that certain functionalities, like driver profiles, seat warmers, and other more useful functions, were not as accessible in Version 11 as it was in earlier versions. Later, Elon Musk later noted that many UI improvements would “be coming.” Tesla update 2022.12.1 seems to address the UI change that received the most criticism.