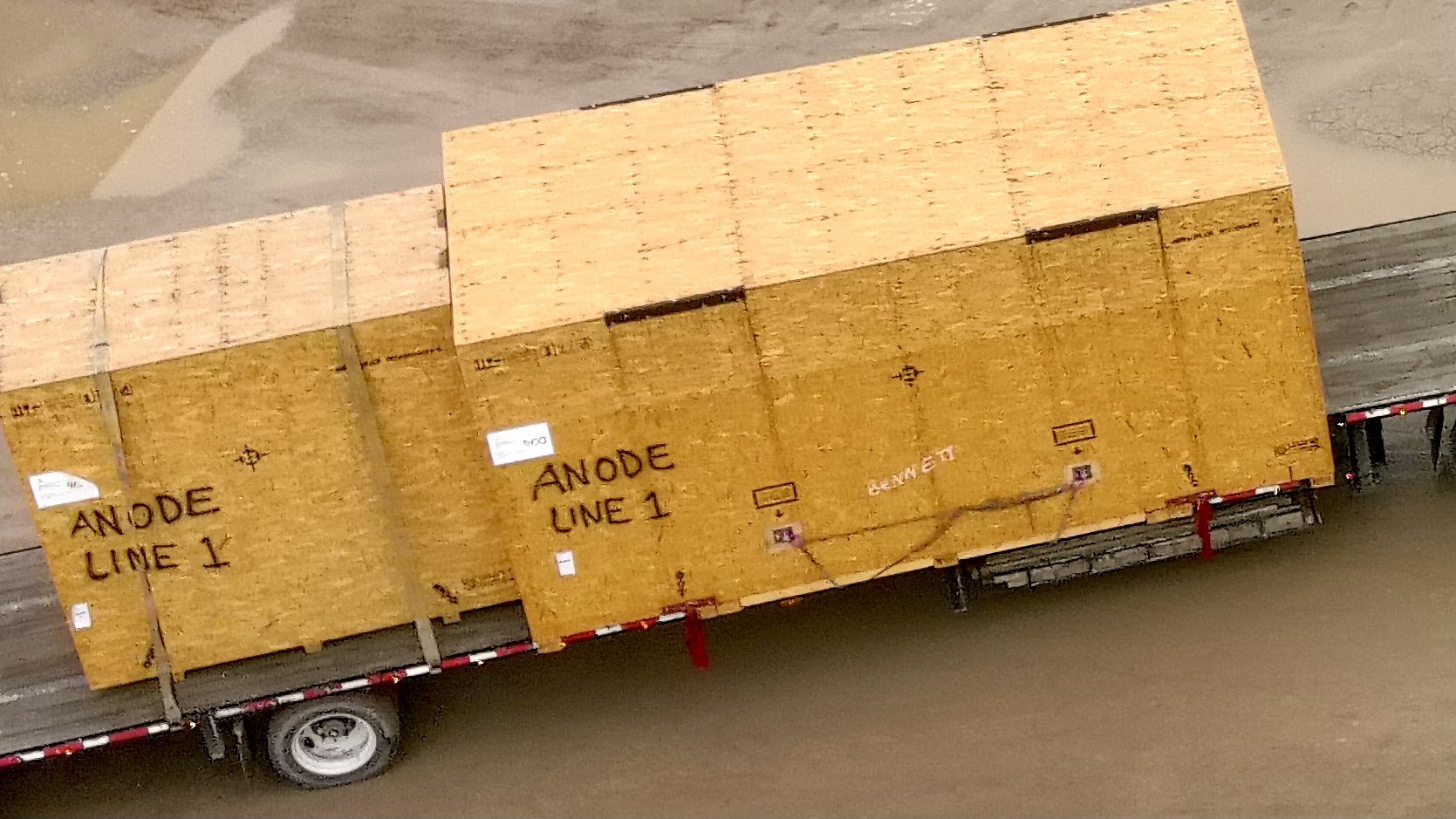 Materials for Tesla’s 4680 cell were recently delivered to Gigafactory Texas, hinting that the EV maker may already be preparing to start test production of its custom batteries for next year.

Roberts observed that the Anode Line 1 boxes were later driven toward the battery cell production area of the facility. He believes that Tesla has started installing the equipment for the 4680 cell production line at Giga Texas.

During the Q2 2021 earnings call, Elon Musk shared that Tesla was expecting massive equipment to arrive for high-volume cell production in Austin and Berlin. Roberts’ video suggests that the equipment has finally arrived at Giga Texas. Similar boxes or shipments may be delivered to Giga Berlin soon, too.

“Meantime, we have a massive amount of equipment on order and arriving for the high-volume cell production in Austin and Berlin. But obviously, given what we’ve learned with the pilot plant, which is in Fremont, which is really quite a big plant by most standards, we will have to modify a bunch of that equipment. So it won’t be able to start immediately,” Musk said.

Andrew Baglino, Tesla’s Vice President of Powertrain and Energy Engineering, added that the company would install equipment capable of producing 100 GWh worth of cells. He estimated that Tesla could achieve its 100 GWh goal by the end of 2022. For perspective, Giga Nevada is currently producing about 40 GWh per year.

Tesla’s 4680 pilot line at Kato Road near the Fremont Factory seems to be progressing rather well. At the end of September, the company started a hiring ramp for the 4680 pilot line. The hiring ramp suggested that Tesla found a potential solution for the calendaring issue Elon Musk briefly discussed at the Q2 earnings call.

Last month, Tesla’s longtime battery partner Panasonic presented the 4680 lithium ion cells it would be producing for Tesla. Panasonic’s reveal also suggested that Tesla was ready to enter the next stage in 4680 cell production.

During the Q3 2021 earnings call, Baglino estimated that Tesla might start testing vehicles equipped with 4680 cells as early as next year. Tesla aims to produce Model Y vehicles with structural battery packs and 4680 cells once Giga Texas and Giga Berlin are operational.

Check out the latest video of Tesla Giga Texas below!