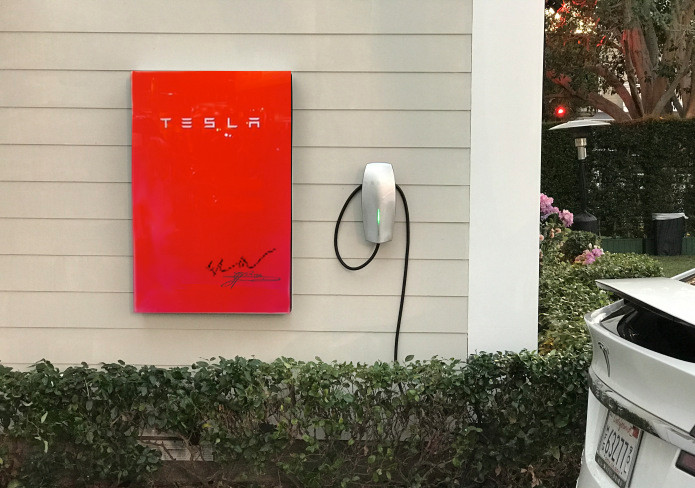 Artist's rendition of a red 'Founders Series' Powerwall 2.0 hand signed by the Tesla team. Not official.

The update from Tesla reads, “We’ve made some exciting updates to our referral program awards. Owners with 7 or more qualifying referrals will receive an exclusive red Founders Series Powerwall 2.0, hand signed by Elon Musk, JB Straubel, and Franz von Holzhausen. This award is not available for purchase. Just share your personal code with friends, family, or anyone else. They can use the code to get a $1,000 credit towards a new Model S or X until January 15, 2017.” Tesla debuted Powerwall 2.0 alongside its glass solar roof tiles October 28, 2016 as part of the company’s goal to provide a comprehensive suite of products aimed at solar-generated renewable energy and storage via batteries. Powerwall 2.0 is designed to allow homeowners to store electricity generated from solar, or through the utility grid when rates are low, for later use. The home battery storage unit also allows homeowners to leverage it as a source of backup power in the event of a complete power outage.

Editors’s Note: The feature photo depicting a red Powerwall 2.0 is an artist’s rendition and not an official version being offered by Tesla.