With red lights casting an alluring glow and enormous paper lanterns hanging from the ceiling, Tesla celebrated its official launch in Auckland, New Zealand by delivering the first Model S and Model X vehicles to their owners at a a special launch event held .

Eight cars were presented to their new owners at the Tesla launch event held at Shed 10 on the waterfront Thursday evening. Honored guests included Minister of Transport Simon Bridges and Minister of Energy and Resources Judith Collins.

Each of the eight new Tesla customers was called onto the stage during the event and handed keys in front of the assembled crowd. The onlookers were comprised of current Tesla owners or those with a Model S sedan or Model X SUV on order. Both of these models were on display at Shed 10. Guests were decked out in suits and evening dresses, and RSVPs, which had been cross-posted on Facebook, exceeded capacity. Some unhappy folks had to be turned away from the much desired event. 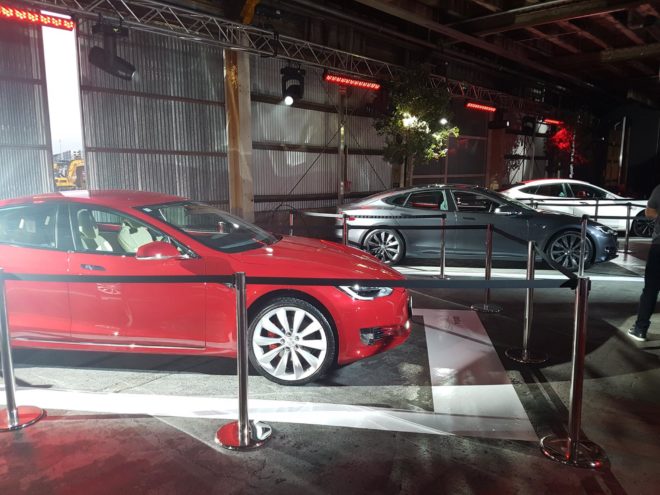 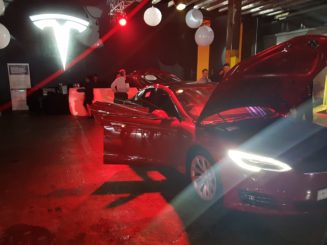 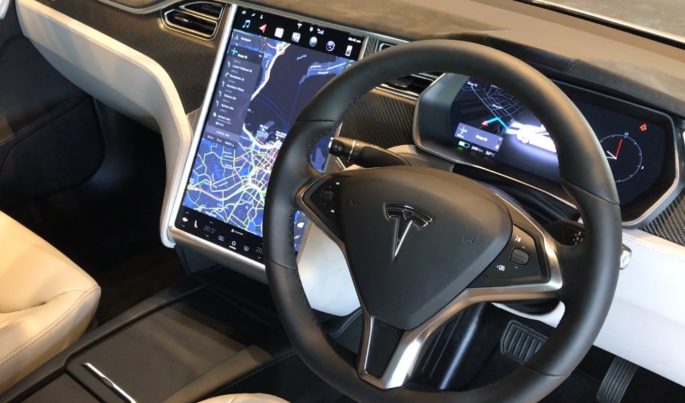 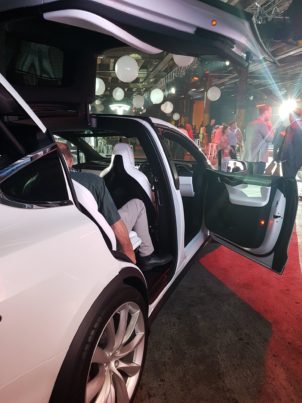 Tesla New Zealand is about EVs and energy systems

Tesla New Zealand director Kurt Schlosser welcomed guests by snapping a crowd shot on his cellphone then introducing Tesla as “the world’s first vertically integrated sustainable energy company.” This comment extended the conversation beyond Tesla’s innovative electric car line and helped the crowd to differentiate the Powerwall 2 and Powerpack 2.

With over 80% of NZ electricity generated by renewables, it makes sense for Tesla to deliver energy storage solutions to local residents. Powerwall has the potential to empower homeowners, support electricity networks, and achieve greater grid autonomy.

In November, 2016, Tesla opened up its online design studio for New Zealanders who wished to purchase a Tesla electric vehicle. They could choose their model and options for Model S and Model X vehicles, with the first vehicles then expected to arrive April-June 2017. The Shed 10 event inspired consumer confidence in Tesla NZ with its earlier-than-expected deliveries.

Many New Zealanders could not wait for Tesla to provide these national sales, however, so they opted to purchase their Teslas abroad and had them shipped home. Not wanting these members of the Tesla family to be made to feel left out of the charged atmosphere, Schlosser included early Tesla adopters in the evening’s remarks. “We want to thank those pioneering customers who bought Tesla from our stores around the world.”