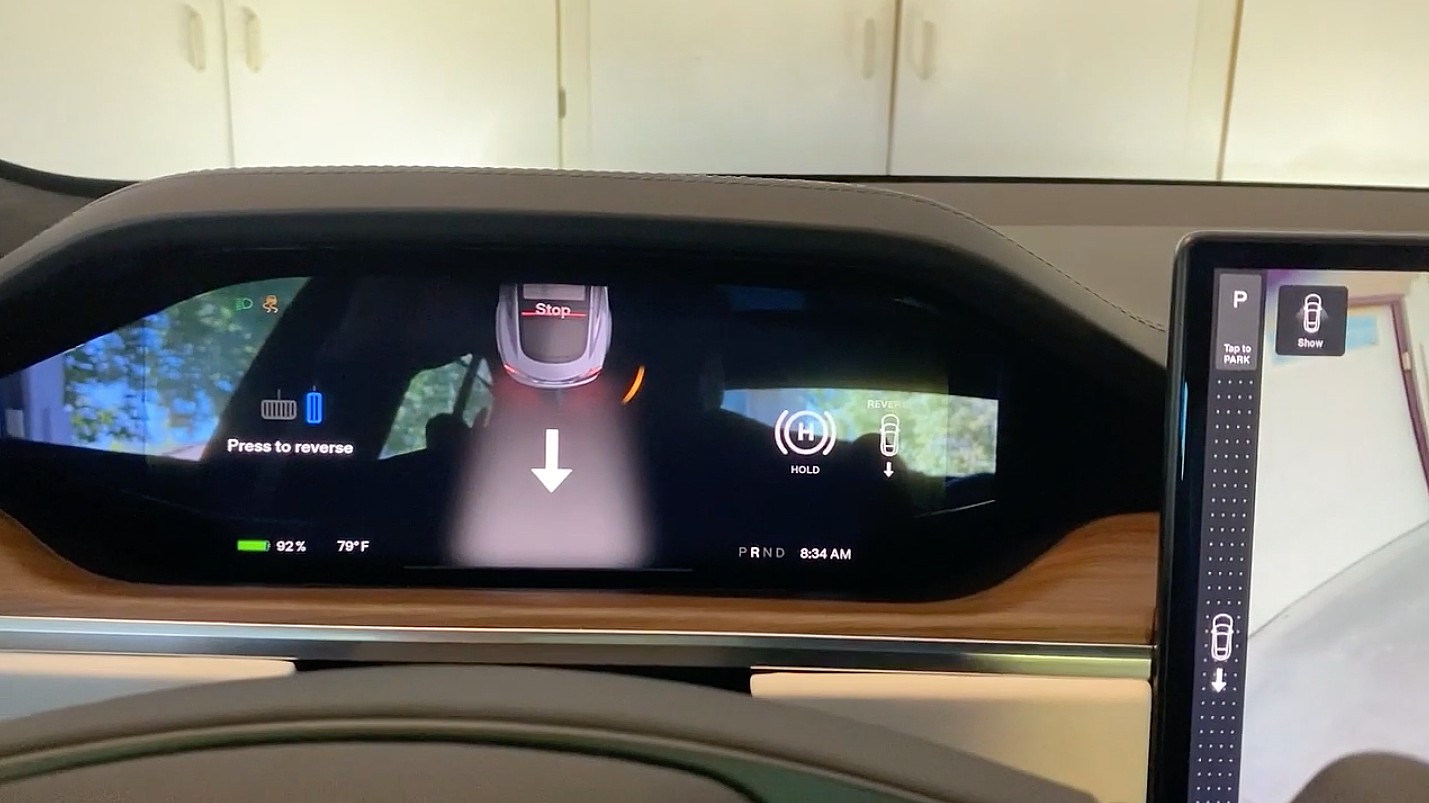 The Tesla Model S Plaid is the first car in the company’s lineup of vehicles that features a dedicated “Auto Shift” function. Auto Shift taps into Tesla’s Autopilot cameras and neural networks to determine if a vehicle should be in Drive, Neutral, Reverse, and Park. This, according to Elon Musk, will eventually feel natural, so much so that drivers may get annoyed going back to using a gear shifter later on.

A video of the feature in action has recently been shared by a Model S owner who took delivery of his large premium sedan last week. In the minute-long clip, Model S owner Omar Sultan specifically demonstrated how his car’s “Auto Shift out of Park” feature works. And just as Elon Musk hinted, the function does appear to be quite natural, at least to a point.

If you let off the pedal, it stops moving and the hold function kicks in. In my case, once I am done backing out, I swipe on the screen shifter and head on my way. The screen shifter (and "park" button) are visible when the car is not moving.

As noted by the Tesla owner, driving the vehicle without using gear stalks is becoming quite natural just days into the ownership of the Model S Plaid. When using Auto Shift, for example, the “Auto Shift out of Park” feature only really activates once the driver is belted in and the brake pedal is pressed. The vehicle is also very clear on what it intends to do, such as when it shifts to Reverse.

Later comments by the Tesla owner on Twitter show that the Model S Plaid’s Auto Shift function is pretty easy to override. Letting off the accelerator while backing up stops the car immediately and activates the vehicle’s Hold function. The gear shifter on the 17-inch display and the Park button is also visible the entire time the car is operating.

While the Tesla Model S Plaid may appear as a vehicle that foregoes tried and tested components like a regular gear shifter or gear stalk for the sake of tech, the car actually has more ways to shift its gears than a regular automobile. Apart from Auto Shift, the Model S Plaid could also change its gears through the 17-inch display. And if these don’t work, the vehicle is also equipped with manual emergency gear shift controls that could be found on the center console.

Watch the Model S Plaid’s Auto Shift in action in the video below.