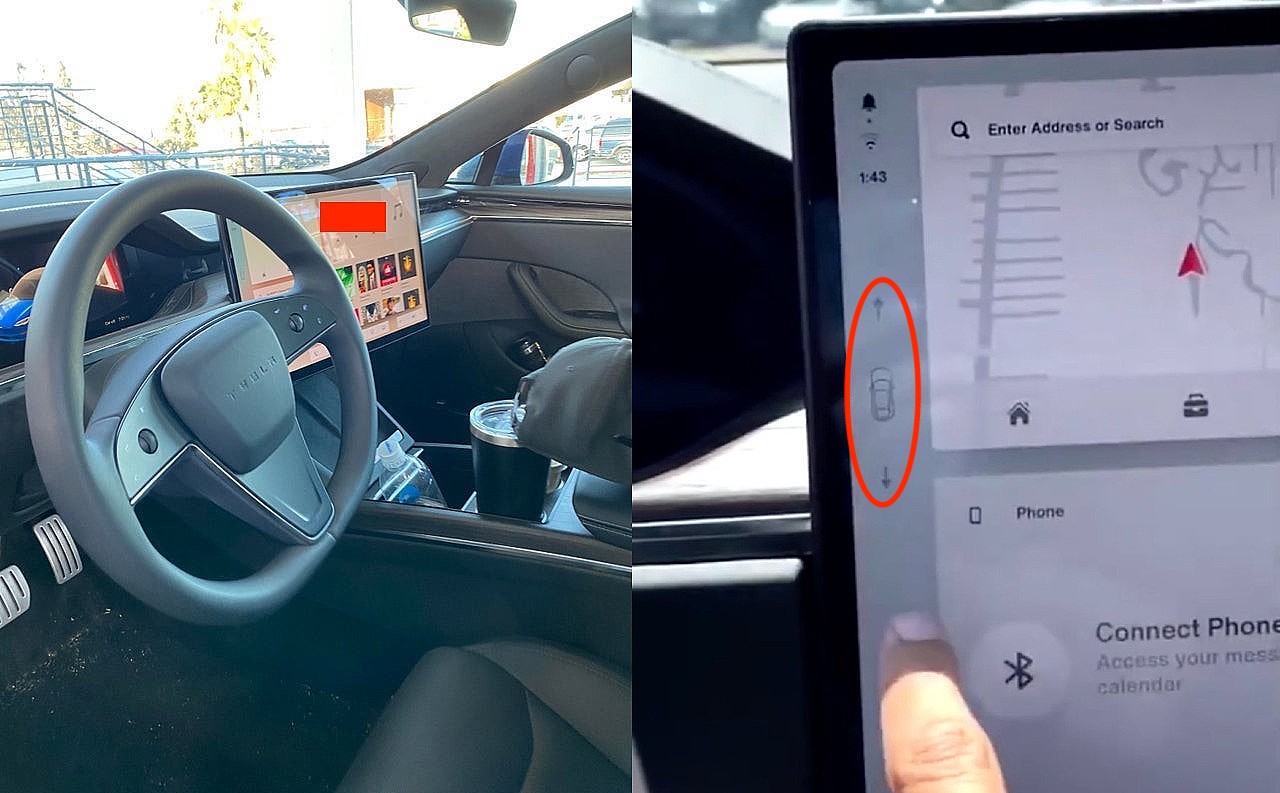 While the Tesla Model S refresh will not have a physical gear stalk like the Model 3 and Model Y, it appears that the flagship sedan would still provide drivers with several ways to shift gears manually. One such method was teased in a recently-shared video, which showed how the new Model S’ in-display gear shifter could work.

Based on the video, it appears that drivers would simply need to swipe up or down on the leftmost side of the Model S refresh’s 17-inch display to change their vehicles’ gears. This should make it relatively easy to change gears manually if the “Smart Shift” function does not work well. The “V11” software in the video may still be changed before it gets released en masse, of course, but based on the short clip, it appears that manual gear changes would not be an issue for the Model S refresh.

Ok, so this is how u change gears on the new S/X 🤔😎@elonmusk @tesla pic.twitter.com/dXtsSzQBAS

The Tesla Model S refresh would come with a Smart Shift feature, which uses the vehicle’s Autopilot cameras to determine if the car should be in Park, Neutral, Drive, or Reverse. Describing the feature, Elon Musk remarked on Twitter that drivers would likely find the new Model S’ automatic shifter convenient to use. Musk also made it a point to note that the flagship sedan’s automatic shifter could be overridden through the touchscreen.

This is not all, however, as recent reports from the Tesla community have also pointed to the Model S refresh having yet another system that would allow drivers to shift gears manually. And this time around, the controls would involve actual physical buttons.

This was observed recently when a Tesla owner at the Kettleman Supercharger was able to access a Model S refresh. Smart Shift could be easily turned off as per the Tesla owner’s observations, and manual gear controls are reportedly found in both the touchscreen and the steering wheel. Changing gears through the new Model S’ steering wheel could be done by simply pressing on the right scroll wheel, which should bring up a prompt on the display. Scrolling up and down then allows the driver to shift to their desired gear.

Smart Shift would likely be one of the Model S refresh’s more polarizing features, simply because it is so unique and different from the norm. Fortunately, Tesla seems to be preparing ample contingencies just in case the automatic feature does not get received well. With a total of three ways to shift the Model S refresh’s gears, after all, drivers would likely find a system that suits them best without many difficulties.