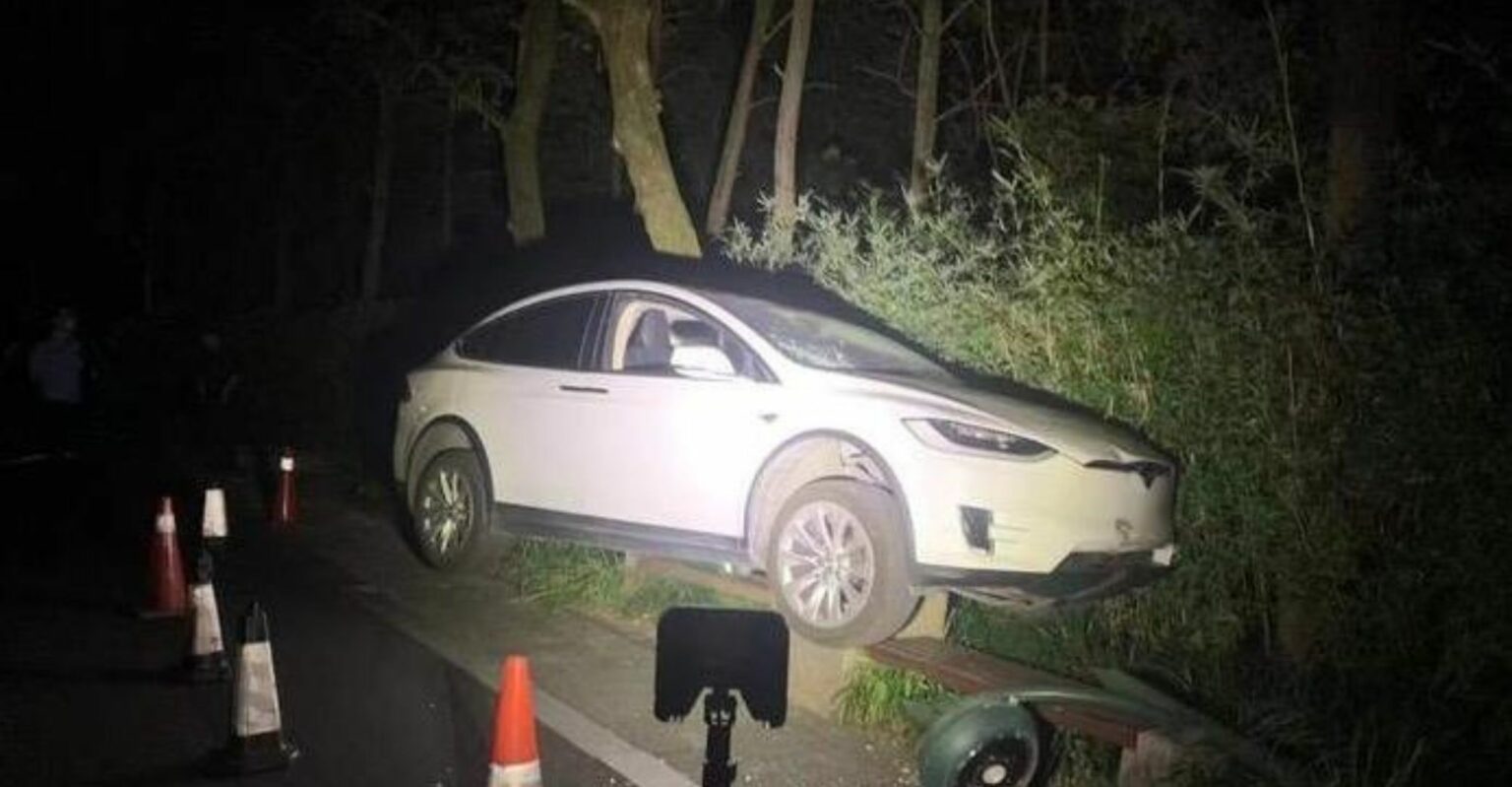 On the evening of July 29, a Tesla Model X owner met an accident in a park in Hangzhou, Zhejiang Province, China. The owner of the vehicle said that he had been involved in an Autopilot crash, as the all-electric SUV had reportedly rushed off the road.

Fortunately, no one was injured in the incident. The owner of the vehicle was able to exit the Model X without any issues. Emergency personnel who responded to the event also noted that the Model X’s battery pack was in no danger, and it would most likely not catch fire. The disruption to the traffic in the area was marginal too since the alleged “Autopilot crash” happened at night.

Here’s where things became interesting. According to the Model X’s owner, he had consumed alcohol at dinner, so he was going to ask someone else to drive his Tesla to get home. Unfortunately, his designated driver could only meet him at the north gate of the park where he was located. Because of this, the Model X owner claimed that he sat in the passenger seat and engaged Autopilot to bring him to the north gate.

Traffic police who arrived at the scene of the accident promptly tested the Model X owner for alcohol. A blood test was also performed. Authorities later noted that traffic police had obtained preliminary information revealing that before the accident, there was only one person in the Model X and he was in the driver’s seat. The owner’s blood ethanol content was also at 86.6 mg/100 ml, officially classifying the crash as an incident of drunk driving.

As noted in a Pandaily report, Tesla China promptly responded to the Model X owner’s claims. The electric vehicle maker noted that the owner’s statement was likely untrue. “According to Tesla gravity-sensing settings, if the driver does not sit in the driver’s seat, the vehicle will not start,” Tesla China noted.

Tesla China also informed news outlets that individuals on the internet have shown people how to trick Autopilot into operating without a person in the driver’s seat. This is an accurate statement, seeing as even Consumer Reports in the United States previously published a walkthrough video showing how to engage Autopilot without someone in the driver’s seat.

“We do not recommend doing this, because when the car enters automatic driving, if the vehicle has an accident, it is still the person’s full responsibility, and according to the relevant provisions of the ‘Road Traffic Safety Law,’ the driver should be in in the driver’s seat,” Tesla China noted.

For his irresponsible use of a vehicle despite being intoxicated, the Model X owner who alleged an Autopilot crash was punished. Traffic police revoked his license for the illegal act of drunk driving, and he would not be able to get another license for five years. A full investigation into the matter is ongoing.