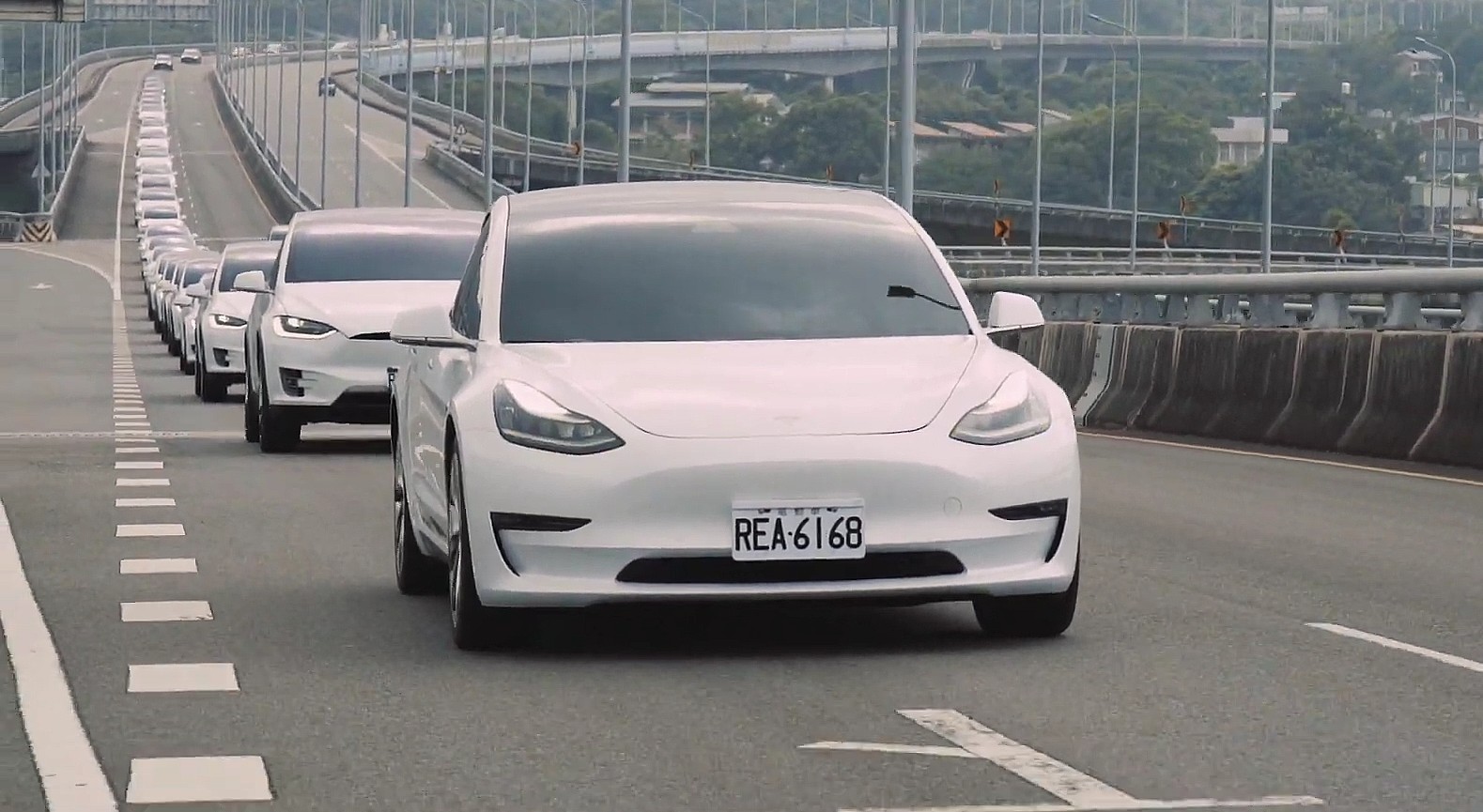 Over 100 Tesla Model S, Model X, and Model 3 owners from Taiwan recently flexed their vehicles’ Autopilot features, holding a mass demonstration of the robust driver-assist suite’s capabilities. The event was a success, to the point where the group could have easily broken a Guinness World Record.

Tesla Owners Taiwan, a group of electric car enthusiasts, recently held an event dubbed “Autopilot Day.” The event’s purpose was twofold: one, it was meant to provide an impressive demo of Autopilot’s capabilities, and two, it was meant as an informal challenge to Changan Automobile, the holder of the Guinness World Record for the “largest parade of autonomous cars.”

Back in January, Guinness announced that the Chinese automaker was able to set the record at a test track using 55 SUVs that were operating without driver input. For the attempt, Changan engineers made specific alterations to the vehicles’ systems, including upgrades to their sensors to ensure that each SUV in the parade was properly positioned, and improvements on the cars’ decision and movement control. The demo took 9:07, with the 55 vehicles traveling a 2-mile test track at 18.6 mph.

The Autopilot Day demo from Taiwan was a lot less informal, though it involved far more vehicles compared to the Guinness World Record holder. Over 100 Tesla owners showed up for the demonstration, which appeared to have been held in a closed area. Footage of the event showed long lines of Tesla’s electric cars, grouped together by color, traveling in unison on Autopilot. The demonstration seemed brief, but it was an impressive show nonetheless, with some local media outlets covering the event.

Granted, the Tesla owners from Taiwan did not beat the Guinness World Record with their Autopilot Day event, considering that Tesla’s Full Self-Driving suite has not been fully released yet. Advanced functions such as Navigate on Autopilot with automatic lane changes and Smart Summon are part of Tesla’s FSD package, though features such as city driving and road sign recognition are yet to be released. Elon Musk has nevertheless mentioned that the company’s autonomous driving technology will be feature complete in the near future.

If Tesla does release a feature-complete version of its Full Self-Driving suite within the next year, it appears that a new Guinness World Record might be at hand for the company. Taiwan’s Tesla owners will likely be ready for an official Guinness attempt, especially considering that the group was pretty much able to trample the actual record for “largest parade of autonomous cars” in terms of fleet size, despite using a driver-assist system that is not fully autonomous.