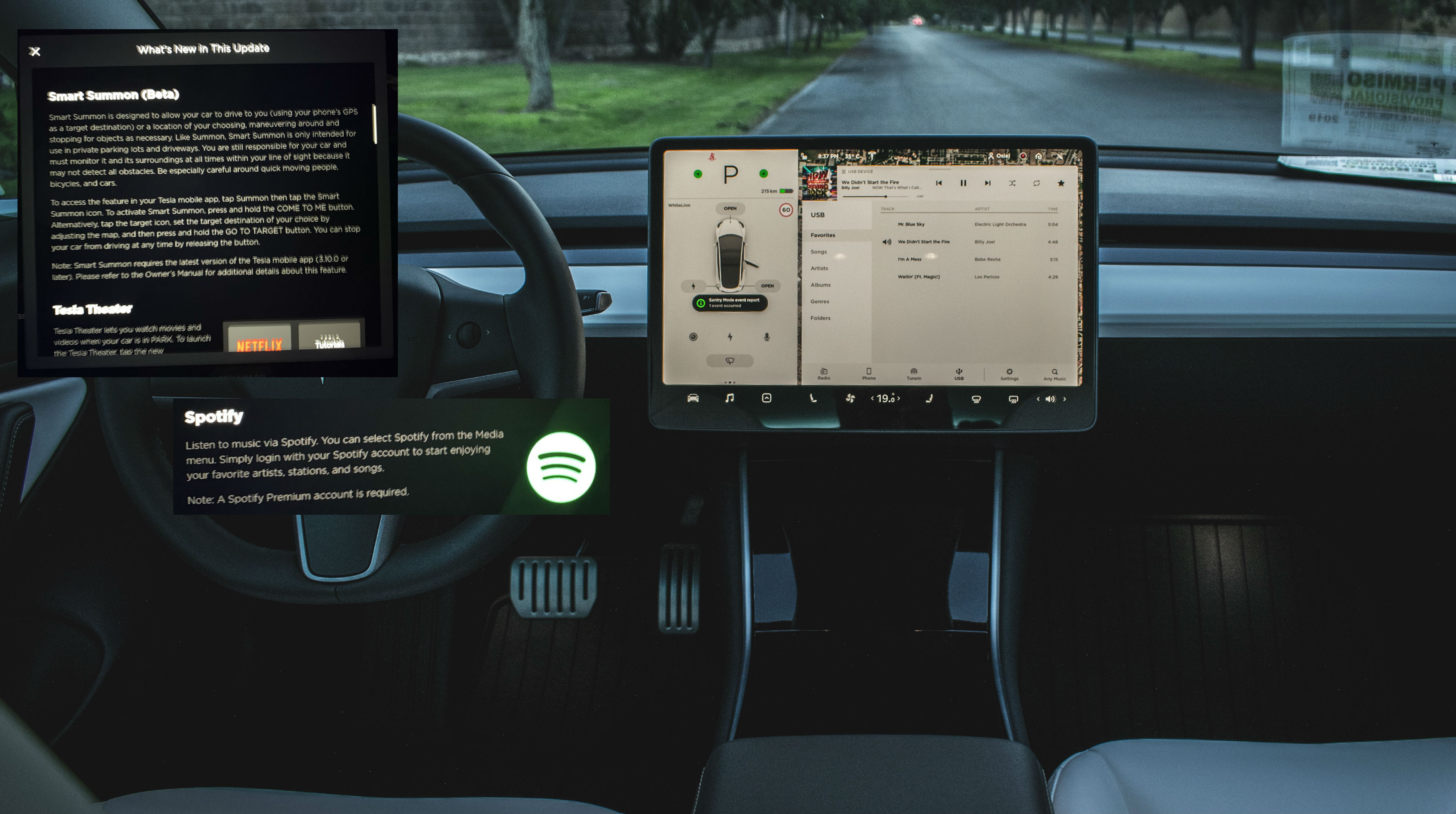 Tesla appears to have started the public rollout of its V10 update. While most of V10’s features have already been teased during the update’s initial release to members of Tesla’s Early Access Program, the massive update’s ongoing rollout includes two new functions that were not part of its previous EAP release: Smart Summon (Beta) and Spotify, two features that have long been anticipated by the electric car community.

Initial announcements of V10’s public release started to emerge on social media platforms such as Twitter earlier today. Tesla owner-enthusiast @tesla_truth, who was able to gain access to a vehicle that has received the public V10 release, opted to share screenshots of the update’s full release notes.

Here are the full release notes for Tesla V10

so many features, i’ll have to continue in a thread! pic.twitter.com/kA0bseHgpF

Following are the release notes for both features as seen in V10’s public rollout.

Smart Summon is designed to allow your car to drive to you (using your phone’s GPS as a target destination) or a location of your choosing, maneuvering around and stopping for objects as necessary. Like Summon, Smart Summon is only intended for use in private parking lots and driveways. You are still responsible for your car and must monitor it and its surroundings at times within your line of sight because it may not detect all obstacles. Be especially careful around quick moving people, bicycles, and cars.

To access the feature in your Tesla mobile app, tap Summon then tap the Smart Summon icon. To activate Smart Summon, press and hold the COME TO ME button. Alternatively, tap the target icon, set the target destination of your choice by adjusting the map, and then press and hold the GO TO TARGET button. You can stop your car from driving at any time by releasing the button.

Note: Smart Summon requites the latest version of the Tesla mobile app (3.10.0 or later). Please refer to the Owner’s Manual for additional details about this feature.

Following are V10’s public release notes for its Spotify release.

Listen to music via Spotify. You can select Spotify from the Media menu. Simply login with your Spotify account to start enjoying your favorite artists, stations, and songs.

Looking at V10’s public release notes, it appears that Tesla is looking to headline this major update with Smart Summon, a Full Self-Driving function that has long been in development, but one that Elon Musk has been notably optimistic about. This particular strategy echoes similarities with the rollout of Tesla’s V9 software last year, which was headlined by the introduction of Navigate on Autopilot, which also happens to be part of the company’s Full Self-Driving suite.