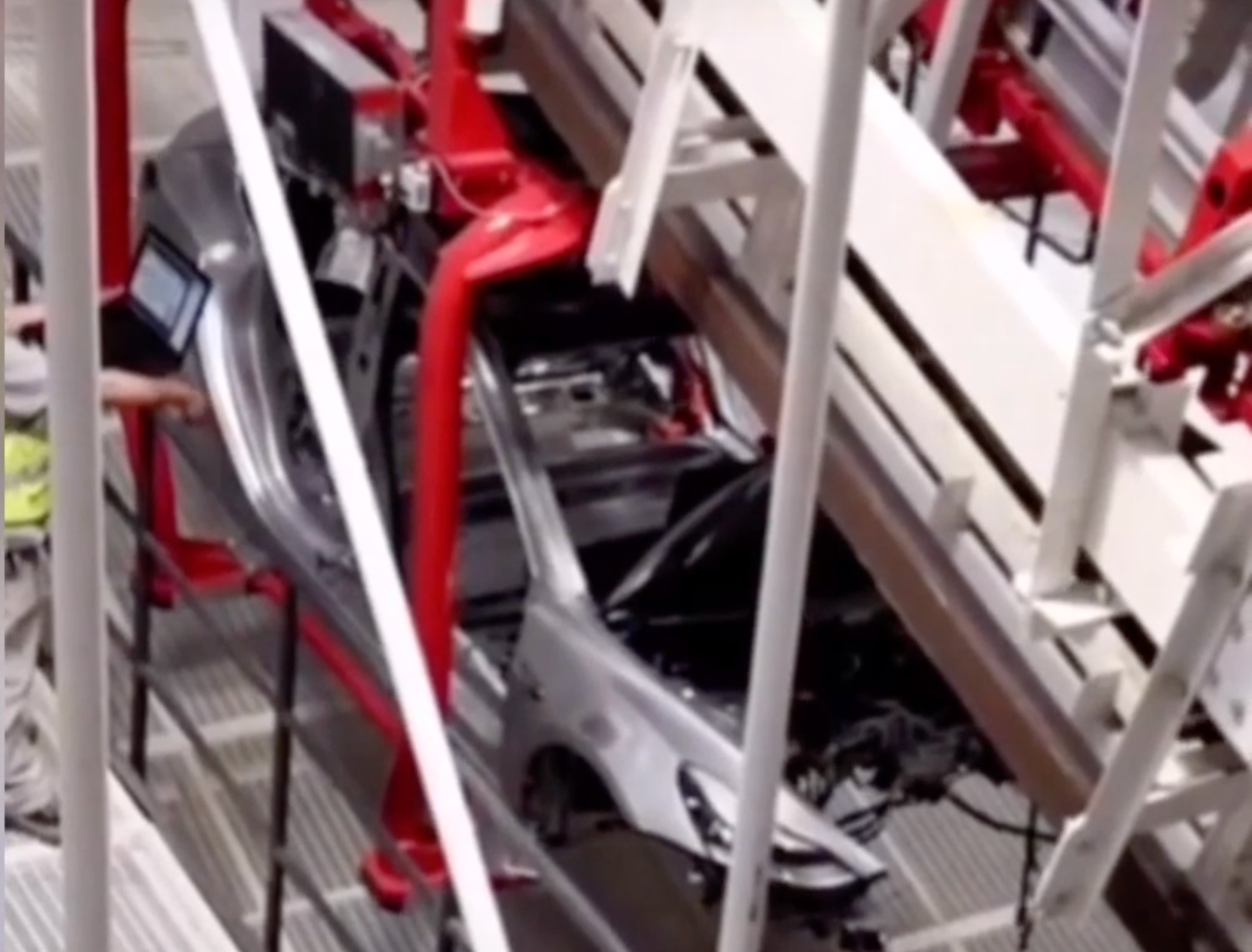 A recently leaked video of Tesla’s Gigafactory 3 in Shanghai, China shows what appears to be one of the first Made-in-China Model 3s on the production line. The video shows a partial exterior of a Tesla Model 3 being transported down a production line, suggesting that the company is conducting its final tests before Gigafactory 3 will be open for full-scale vehicle production this month.

Tesla enthusiast JayInShanghai leaked the video on October 5, 2019. JayInShanghai has been a key contributor to the Tesla community regarding information about Gigafactory 3. Last week, he released drone footage of the Shanghai factory’s exterior, showing that a Supercharger station had already been installed for employees and visitors to use.

Gigafactory 3’s production is rumored to be between 500,000 and 750,000 vehicles a year. Photos of the first body-in-white Model 3 were released in late September, confirming that the vehicle was already in the production stages at the factory. Later, Tesla enthusiast Vincent Yu leaked photos of at least eight made-in-China Model 3 at Gigafactory 3, confirming that the assembly line and paint shop were already being utilized by the Silicon Valley-based car manufacturer.

Tesla broke ground of Gigafactory 3 in January 2019 and received its “Comprehensive Acceptance Certificate” in record time in August. The factory is also in Shanghai’s Free Trade Zone, allowing it to not be affected by the ongoing trade turmoil between the United States and China.

Gigafactory 3 will be the main point of production for lithium-ion battery cells, and both the Tesla Model 3 and the yet-to-be-released Model Y, the company’s first crossover utility vehicle for the Chinese market.

Watch the video of a Tesla Model 3 undergoing testing on Gigafactory 3’s production line below.