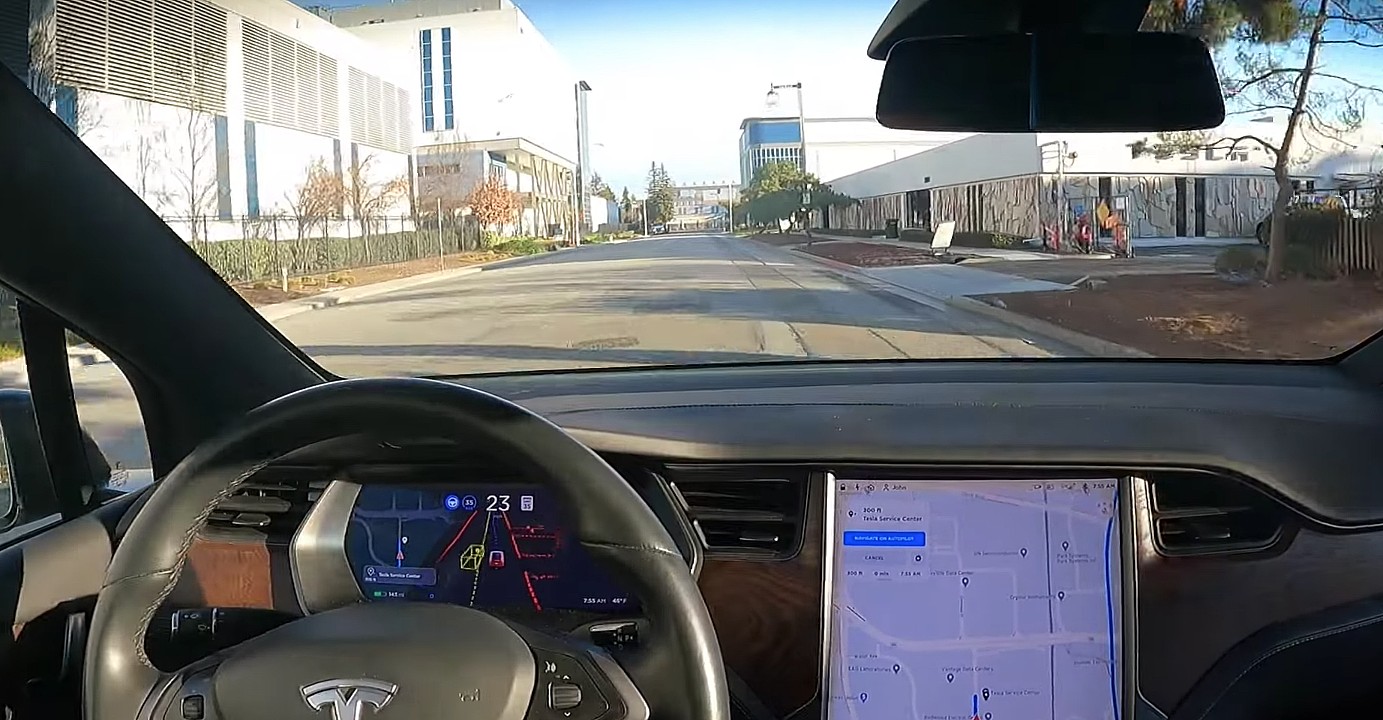 When Tesla achieves its autonomy targets and rolls out the full-featured version of its Full Self-Driving system, the idea of electric cars driving themselves to their respective service appointments may very well be the norm. The current iteration of Tesla’s FSD Beta is not fully autonomous yet, but the system already achieved such a feat recently, when a Model X drove itself from its owner’s home to a service center with zero interventions.

The drive, which was shared on YouTube, was posted by John, a Tesla Model X owner and the founder of the Tesla Owners of Silicon Valley group. According to the electric vehicle advocate, his Model X, which was running FSD beta 8.1 (2020.48.35.1), had a service appointment. This presented an opportunity to see if the current iteration of the FSD beta could handle a drive from a residential area to the Tesla service center.

As could be seen in the trip’s footage, FSD beta 8.1 was able to handle the entire trip without requiring a single human intervention. Granted, traffic was light in a good number of the roads that the FSD beta traveled on, but the feat was impressive nonetheless. It did, if any, provide a glimpse at how Tesla owners in the future could simply have their vehicles drive to their respective service appointments on their own. Such a concept would make the Tesla ownership experience even more convenient.

Tesla’s FSD beta has gone through numerous iterations since it was launched to its first batch of testers in late October last year. Since then, the advanced driver-assist system has become progressively better, with recent iterations behaving almost like a cautious human driver. This was exhibited in a drive through San Francisco’s streets when the FSD beta had to deal with several skateboarders who decided to counterflow while the system had the right of way.

The FSD Beta’s safety was something highlighted by Elon Musk during his conversation with automotive teardown expert Sandy Munro. Musk noted that Tesla aims to make Teslas so far that they would not crash even under extremely challenging circumstances.

Watch Tesla’s FSD beta drive from a residential area to a service center without interventions in the video below.