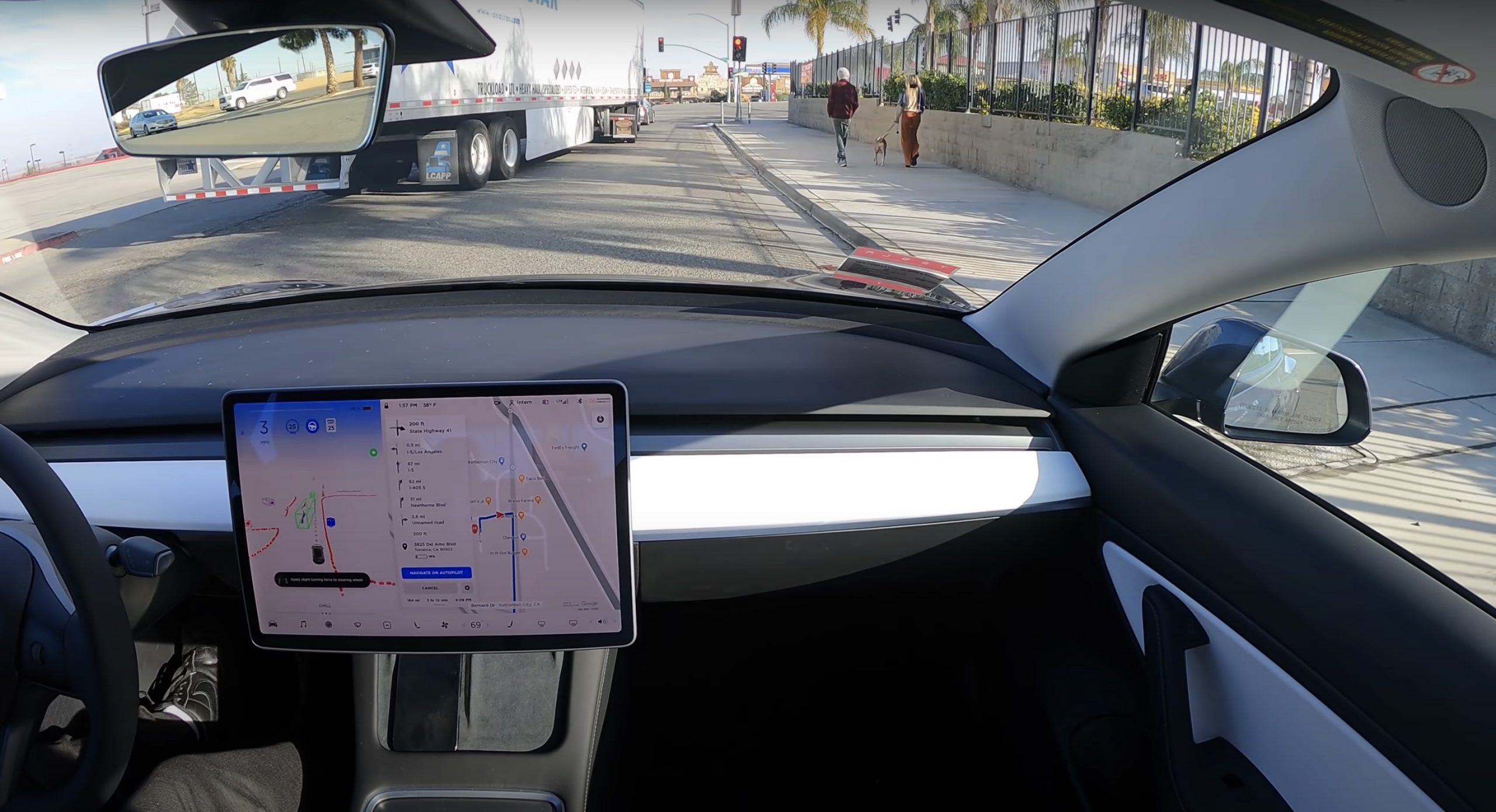 A Tesla Model 3 with limited Full Self-Driving beta successfully traveled from San Francisco past the Los Angeles border without requiring any interventions–almost. The trip was not perfect, but the drive itself was impressive as it highlighted the potential of Elon Musk and Tesla’s camera-centric approach to full self-driving.

Tesla owner-enthusiast Whole Mars Catalog posted a time-lapse video of an FSD trip in a Model 3 Performance. Over the course of the video, viewers could see how the all-electric sedan transitioned from the FSD beta in inner-city areas to Navigate on Autopilot in freeways. The vehicle’s overall behavior was astonishing, with the Model 3 behaving almost like a human driver for a good part of the trip.

The FSD beta drive from San Francisco to Los Angeles was not perfect. As the Tesla owner remarked, FSD still exhibited some strange behavior at the Market Street area when it changed lanes. Ironically, there was also a moment after the vehicle crossed the border into Los Angeles, when the Tesla owner manually avoided some road debris for a second. The Tesla driver had to take control of the vehicle to stop at a couple of Superchargers along the way as well.

It has only been a little over two months since Tesla started to rollout its limited Full Self-Driving beta, giving its all-electric vehicles the capability to navigate inner-city streets. Since late October, FSD beta has received a number of updates and notable improvements.

From smooth, human-like U-turns and now, a trip from San Francisco to Los Angeles, Tesla’s FSD beta definitely seems to be taking solid steps towards autonomy. That’s an incredible milestone either way, especially considering that Tesla was able to accomplish it using a suite of cameras, radar, ultrasonic sensors, and some real-world driving data.

Watch the FSD beta’s trip from San Francisco to Los Angeles in the video below.