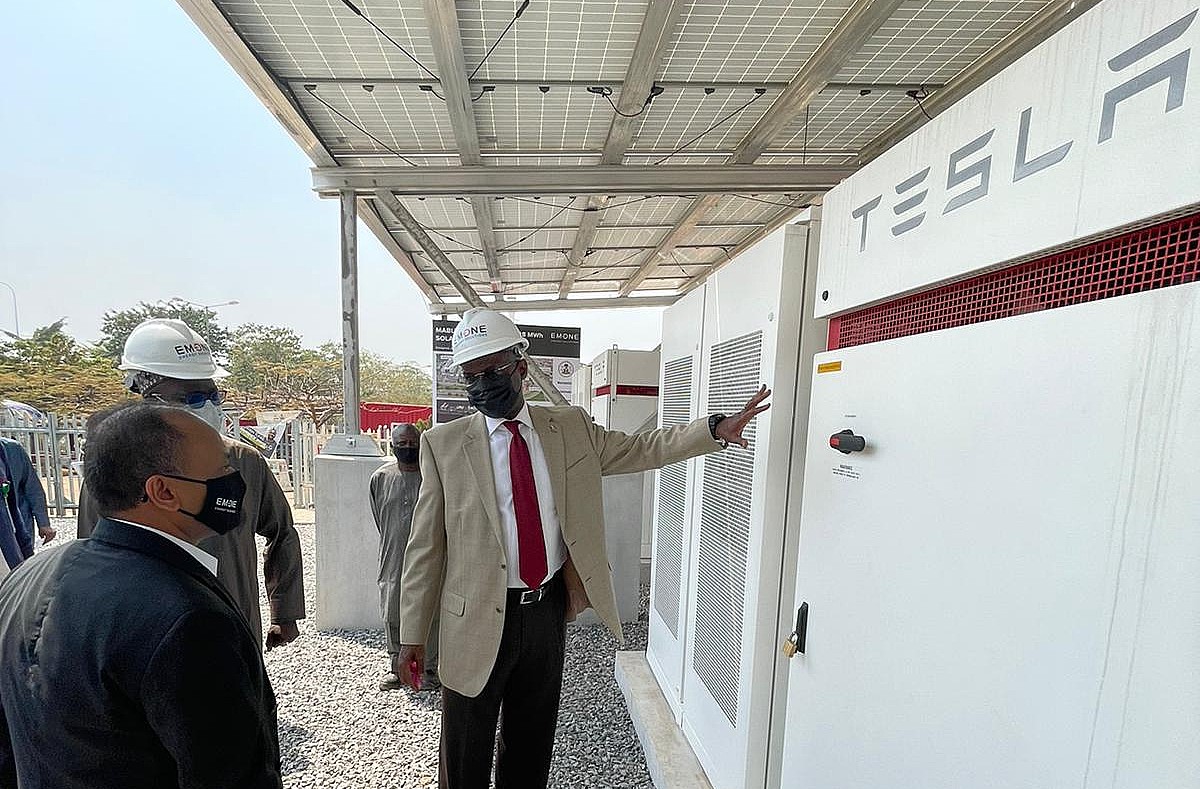 Tesla Powerpack batteries have been deployed in Abuja, Nigeria, to help provide sustainable energy for the capital’s government buildings. The project, which involves a 1.52 MW/2.29 MWh solar hybrid system paired with industrial-grade Tesla batteries, is aimed at reducing the capital’s dependency on backup gas and diesel-powered generators.

As noted by Damilola Ogunbiyi—a Special Representative of the UN Secretary-General for Sustainable Energy for All—the solar + Powerpack installation was led by an all-female team of EM-ONE engineers who closely worked with the Tesla team to ensure that the project is built accordingly. A number of Nigerian engineers also traveled to the Netherlands to get trained by the Tesla team. The project was funded by the Federal Government of Nigeria.

Apart from the project being a great example of how the Women in STEM movement is gaining ground, the project also serves a notable role in helping the country move away from fossil fuel-powered solutions. Nigeria’s use of fossil fuels was highlighted in a study published by the International Finance Corporation in 2019. In the study, the World Bank Group remarked that Nigeria is home to a large-scale backup generator market.

According to estimates from the Nigeria Labor Congress, as much as $17 billion is spent each year on industrial-grade diesel and gas generators. These machines are used at institutional, commercial, and large housing sites. But this is not all. Nigeria is also known for its widespread use of small gasoline generators. Machines such as two-stroke generators that burn a mixture of gasoline and lubricating oil have been popular in the country, despite the government’s efforts against them due to pollution concerns.

The Powerpack system in the Nigerian capital may only be a small step towards sustainability, but these steps matter when ushering in a transition to renewable energy. Considering that Nigeria is a market for backup generators, perhaps even residential battery units such as the Tesla Powerwall and grid-scale batteries like the Megapack could find a home in the West African country as well.