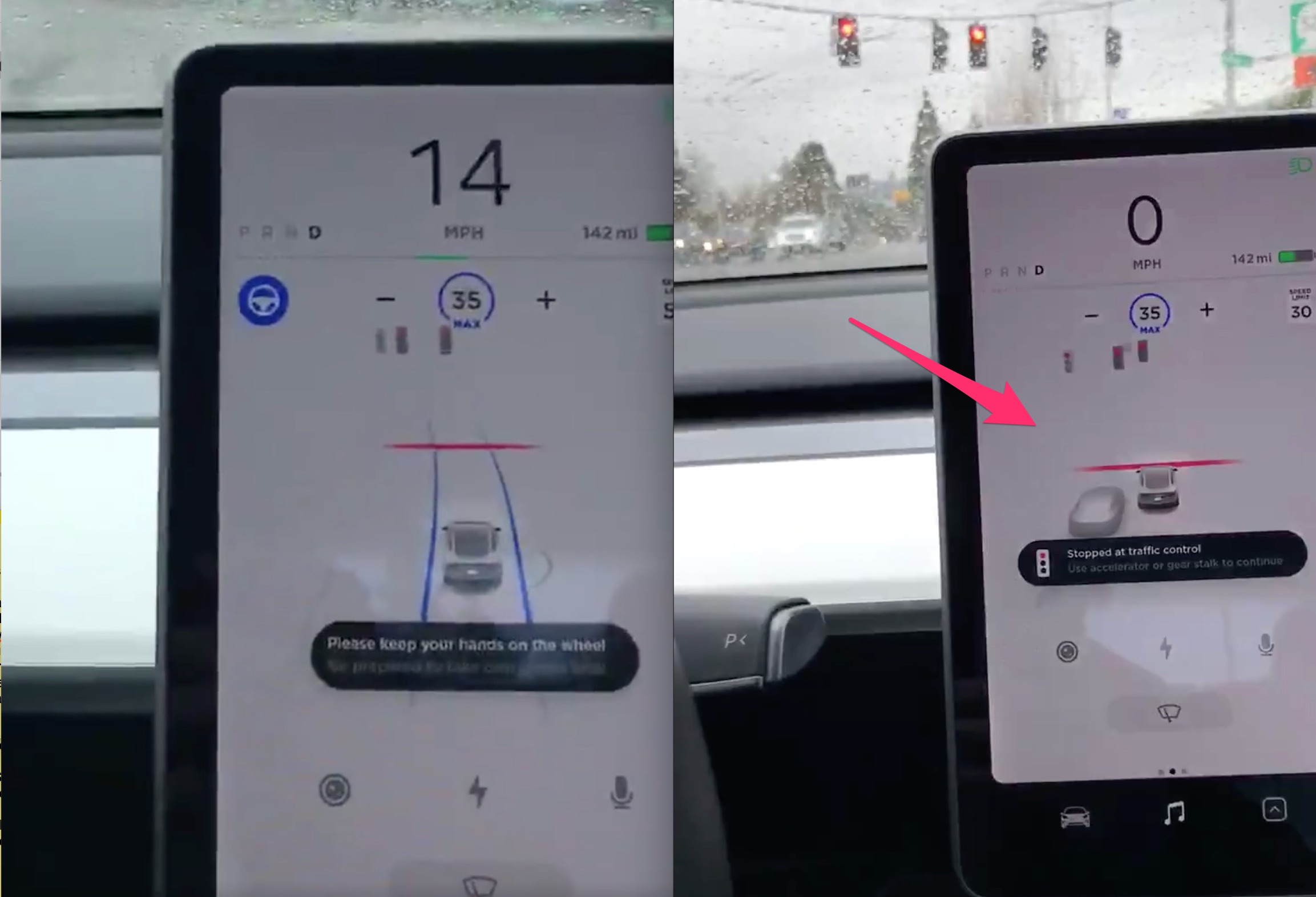 Tesla CEO Elon Musk gave updates on the company’s plan to release traffic light and stop sign detection to US cars within the next few weeks. Musk also added that the feature would be available worldwide “probably in Q3,” as the variations in traffic rules and signage require more work before its wide release. “Very important to make sure this is done right.”

The update comes days after a leak obtained by a Tesla owner revealed Autopilot’s ability to automatically stop at a red traffic light. Documentation for the upcoming Full Self-Driving feature indicated that Stopping at Traffic Lights and Stop Signs would be possible when both Autosteer and Traffic-Aware Cruise Control were enabled. Interestingly enough, both of those features are included with Tesla’s basic Autopilot, a feature that comes standard on all of the company’s vehicles currently.

Hoping to roll out traffic lights & stops to wide US release in a few weeks & probably WW release in Q3 (so many variations in each country!). Very important to make sure this is done right.

International customers will have to wait longer than their U.S. counterparts for the upcoming Autopilot update. Past rollouts of some of Tesla’s most anticipated features, like Smart Summon, took additional time to release in countries like Canada and China. The delayed-release was because of the different road rules that apply in each country, along with some strict government regulations that have not yet adapted to more advanced driving-assist capabilities.

Tesla’s stop light and stop sign recognition has been a long time coming. In March 2019, Tesla released Autosteer Stop Light Warning with the 2019.8.3 software update. This feature simply warned drivers of when they may blow through a stoplight or stop sign when approaching an intersection by flashing a red-colored graphic that instructed the driver to “Take Over Immediately.”

The eventual rollout of traffic light and stop sign recognition with automatic stopping would further improve the safety of Autopilot. As of now, the feature operates cautiously as the release is very preliminary. After all, Musk indicated that the feature is still a few weeks away from a mass rollout in the United States. Nevertheless, the next few weeks of data obtained from Early Access members who are using the software will help assist the company’s Neural Network in understanding driving behavior in areas that have stoplights.