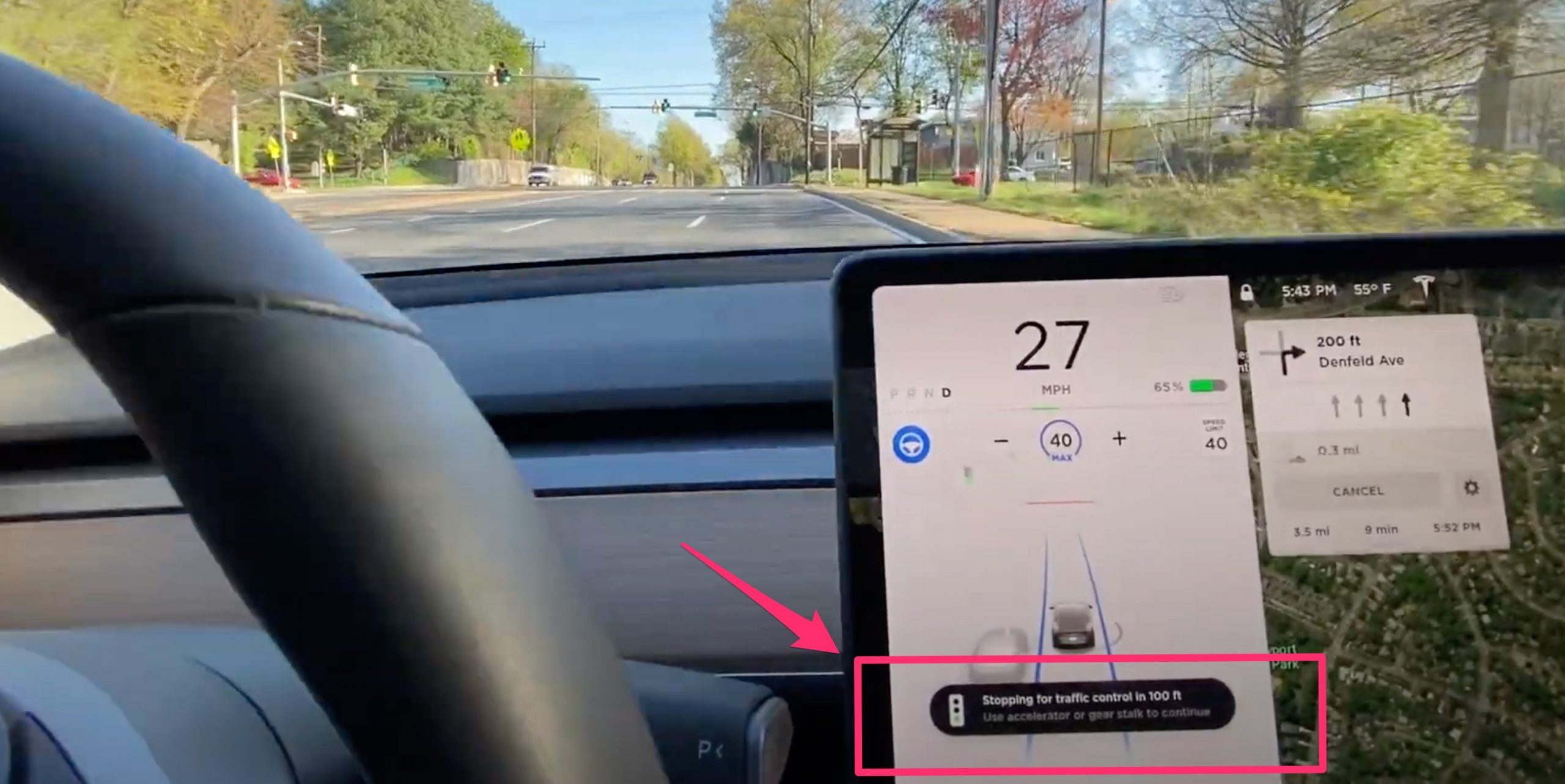 Following our report that Tesla has begun to release its Traffic Light and Stop Sign control (release notes), we now have a first look at the Autopilot feature in action.

A video shared by Tesletter, shows a Model 3 automatically stopping at a stop sign and another of the driver being prompted of Autopilot’s oncoming response to a traffic light. The initial rollout of the Beta feature requires drivers to explicitly approve responses to traffic lights by use of the driver’s stalk. It’s a precautionary approach to easing drivers into the capabilities of the new function while testing its effectiveness.

Tesla’s Autopilot and Full Self-Driving suite took a leap forward with the rollout of the Traffic Light and Stop Sign Recognition feature to members of the Early Access Program. The feature was added with software update 2020.12.5.6 on the morning of April 16. Tesla drivers who are apart of the company’s EAP program woke up to find the additional full self-driving feature available for use on their electric vehicles.

The feature is available after shifting the car into PARK, tapping Controls, going to Autopilot, and enabling the “Traffic Light and Stop Sign Control (Beta)” function.

On April 3, Tesla CEO Elon Musk was asked about updates of the Traffic Light/Stop Sign recognition features. Musk responded that Tesla aims to roll out the function “to wide US release in a few weeks.” Tesla and Musk kept their word as United States drivers with EAP received the update containing the recognition feature.

Additionally, Tesla plans to give drivers outside the United States the functionality “probably in Q3.” This is not uncommon for Autopilot and Self-Driving function to be released outside the U.S. at a later date, as driving laws in other countries vary from location to location. “(so many variations in each country!). Very important to make sure this is done right,” Musk said.

Tesla’s inclusion of the Traffic Light and Stop Sign feature offers additional improvements to the company’s Full Self-Driving and Autopilot functions. More importantly, Tesla’s “feature complete” version of the FSD suite comes close to being within reach. After several weeks of data collection from the EAP vehicles assists Tesla’s Neural Network in understanding driving behavior, the function will become even safer, opening the doors for a full release soon.