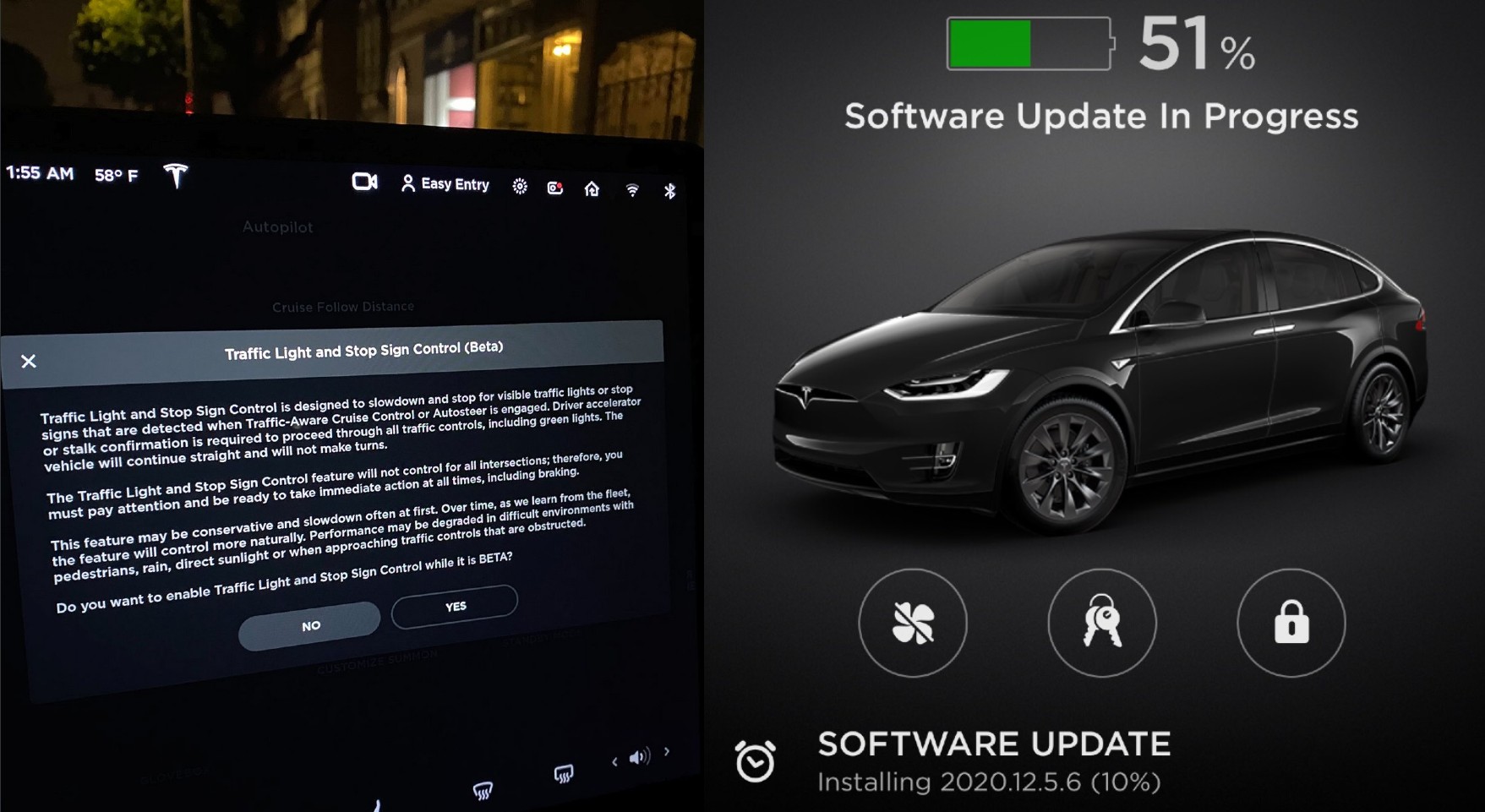 Tesla CEO Elon Musk has made good on his word to release the highly-anticipated Traffic Light and Stop Sign Control feature of Autopilot. Members of Tesla’s Early Access Program have begun reporting notifications of software release 2020.12.5.6, which includes the ability for Tesla’s Autopilot system to recognize and react to both traffic lights and stop signs. The feature appears to be the next step towards Tesla’s release of its “feature complete” Full Self-Driving suite.

It appears that Tesla is taking an extremely cautious approach with its Traffic Light and Stop Sign Control release, even if it’s only to members of the EAP. The release notes of the newly released feature indicate that vehicles will stop at each traffic light, including green, blinking yellow, and off lights. Drivers will be required to confirm the car’s navigation through traffic lights by pulling on the Autopilot stalk located behind the steering wheel or by pressing the accelerator.

Additionally, the feature will not complete turns through intersections. The function simply allows for safe navigation through intersections that are guided by traffic lights, an undoubtedly helpful feature that will likely be invaluable for inner-city driving, a key capability that’s needed for the release of a feature complete version of the FSD suite.

The feature is available for both Autosteer and Traffic-Aware Cruise Control. Both of these functions are available with Tesla’s current offering of basic Autopilot, which currently comes standard on all of the company’s vehicles save for the off-menu $35,000 Model 3 Standard Range.

“When Traffic-Aware Cruise Control or Autosteer is activated, Traffic Light and Stop Sign Control is designed to identify stop signs and traffic lights and automatically slow your car to a stop. When Traffic Light and Stop Sign Control is enabled, the driving visualization displays upcoming traffic lights, stop signs or road markings at intersections. As your car approaches an intersection, even one where a traffic light is green or off, your car will slow down and stop at the red line indicated. To continue through the stop line, push down the gear selector or briefly press the accelerator pedal to confirm that it is safe to proceed. As with all Autopilot features, you must continue to pay attention and be ready to take immediate action, including braking because this feature may not stop for all traffic controls.

Note: Before this feature can be enabled, camera calibration may be required, and the latest version of Navigation maps must be downloaded via Wi-Fi. Please refer to the Owner’s Manual for additional details about this feature.”

A few weeks ago, Elon Musk was questioned about the developments of the Traffic Light/Stop Sign recognition features. Musk stated that Tesla was, “Hoping to roll out traffic lights & stops to wide US release in a few weeks & probably WW release in Q3 (so many variations in each country!). Very important to make sure this is done right.”

Tesla’s addition of the Traffic Light and Stop Sign feature will not only improve the company’s Autopilot and Full Self-Driving functions; it also moves the company closer to having a “feature complete” version of the FSD suite. The next few weeks of data compiled from EAP members will assist Tesla’s Neural Network in understanding driver behavior at traffic lights and stop signs, increasing the safety of the company’s electric vehicles and allowing for a possible wide release soon.