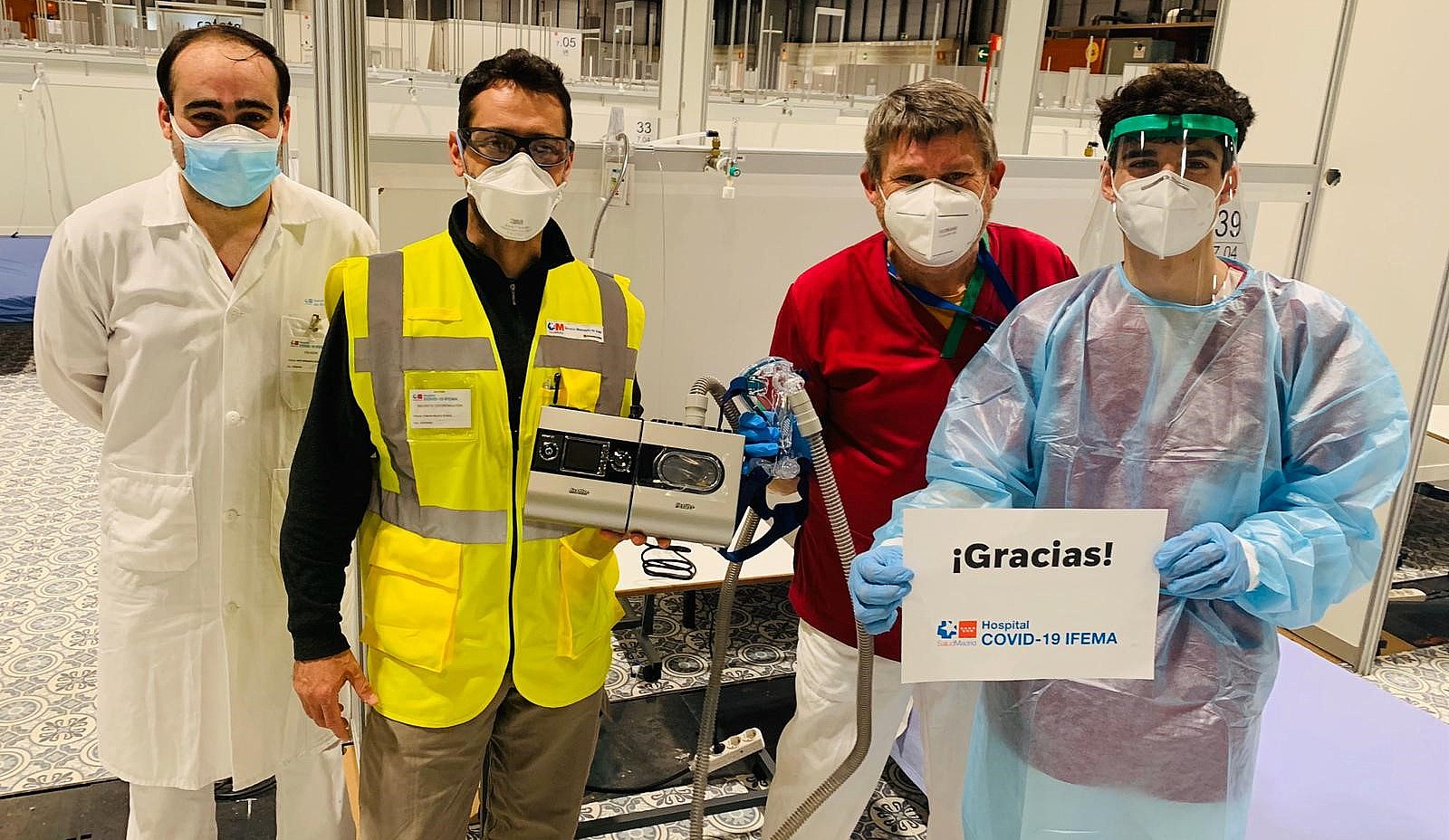 Tesla’s donations of ventilators have officially made it abroad. After a convention center in Madrid known as the IFEMA was converted into a makeshift hospital following a massive outbreak of COVID-19 in the country, medical officials reached out to Tesla CEO Elon Musk for assistance with the valuable breathing machines. The ventilators arrived today.

IFEMA’s Twitter account shared a message for Tesla and Musk on April 16, showing a non-invasive ventilator system that appears to be a CPAP machine, along with a small sign saying the Spanish word for “Thank You,” “¡Gracias!”

“We feel immensely grateful to @Tesla and @elonmusk for the donation of ventilators to #HospitalIfema. It is wonderful to count on their support in this critical situation. We are all in this together,” IFEMA’s Twitter account wrote.

We feel inmensely grateful to @Tesla and @elonmusk for the donation of ventilators to #HospitalIfema. It is wonderful to count on their support in this critical situation. We are all in this together!#IFEMAeresTú | #EsteVirusLoParamosUnidos pic.twitter.com/uTJO5bNZDz

Musk announced his intentions to send ventilators to hospitals in need in March as the coronavirus was beginning to make a serious presence within the United States. After purchasing 1,200 excess ventilators from China and giving them to the City of Los Angeles, Musk shared that Tesla would be willing to ship FDA-approved ventilator systems to “hospitals worldwide within Tesla delivery regions.”

It should be noted that Musk refused to accept any money for the machines. “Only requirement is that the vents are needed immediately for patients, not stored in a warehouse. Please [let] me or @Tesla know,” he said.

Musk’s donations of non-invasive ventilators have caught some criticism from the CEO’s harshest doubters. While these machines are not ideal for COVID’s most severe cases, they are useful for those who show minor symptoms and are having trouble breathing.

These were based on direct requests from their ICU wards, with exact specifications of each unit provided before shipment

Additionally, Musk clarified that every machine that has arrived at a hospital was cleared by staff before arriving. This indicates doctors and nurses knew which devices they were receiving, and would not be confused or disappointed with Tesla’s donations.

The non-invasive machines can also be converted into critical-care units by using a conversion kit developed by doctors at Mount Sinai hospital in New York City. This conversion increases the number of units that can be used for patients who are showing extremely harsh symptoms or have contracted the coronavirus.